A contagion is sweeping our nation, hitting state after state with alarming speed.

No, not the one you’re thinking of. It’s a legal pandemic, as states from Texas to Tennessee to South Dakota take up legislative bans of the teaching of Critical Race Theory. Even though few educators have studied the academic theory — let alone implemented it — the prospect that American children might learn even the basics of our racial caste system has been sufficient to provoke a panic of epidemic proportions.

I’ve regularly taught about race and racism as part of my rabbinate. When discussing the subject with Jews, invariably a Broadway-lover will reference the classic from the Rogers and Hammerstein musical, “South Pacific” — “You’ve Got to Be Carefully Taught.” If you’re among those who love musicals, you may know the words. Here’s the last stanza:

As states and towns across the country take up the matter of what’s appropriate to teach about race in the classroom, it raises the question: Does hate depend on indoctrination? Do you, in fact, need to be carefully taught racism?

In this week’s Torah portion, we learn that after years of exploiting and oppressing the Hebrew minority within its borders, Egypt begins to suffer a series of plagues: rivers of blood, skin disease, infestation. 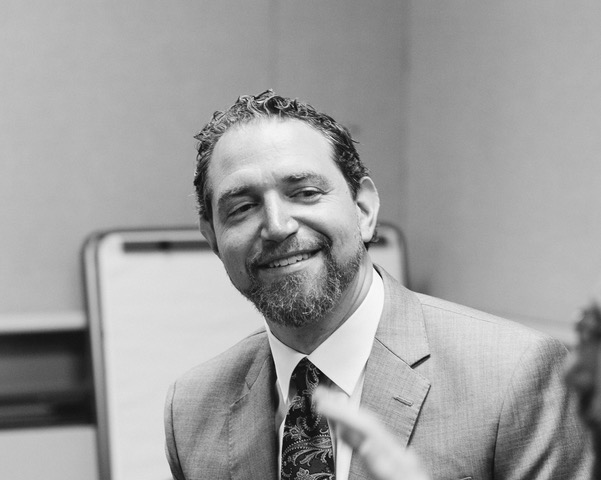 Strikingly, the Torah’s description of the plagues repeatedly references the land, the very geography, of Egypt. The Nile is polluted with blood, such that it “stank”; there was “blood throughout the land of Egypt.” Regarding the plague of frogs, similarly, God says, “I will strike all your borders with frogs.” As a result, like the Nile, “the land stank.”

The plague of lice, too, is visited “upon all the land of Egypt.” Again, it is the land itself that’s tainted by sickness.

Egypt’s sins don’t just result in dire consequences for the Egyptian people. They wreak havoc on the Egyptian landscape. Egypt’s transgressions, it would seem, have polluted the entire land.

The sixth plague, boils, comes to pass when Moses and Aaron take soot from a kiln and throw it heavenward in Pharaoh’s presence. It causes boils to appear — yet again — throughout “all the land of Egypt.”

Why not just say the boils infected “all Egyptians” or “the people of Egypt?” The Ramban, the 13th-century Spanish commentator and kabbalist, explains in language as striking as it is terrifying: The plague happened because “God infected the air.”

We are currently living through the plague of COVID, in which the air we breathe may indeed be poisonous. But there’s another plague hanging in the air, 400 years in the making. Understanding it is key to understanding the panic over CRT.  It’s the plague of white supremacy.

Like in Egypt, this plague sometimes literally poisons water and air.

We know too well of the Flint water crisis, which exposed between 6,000 and 12,000 children in the majority-Black city to drink lead-tainted water. High-pollution incinerators and generators are disproportionately placed in Black and brown communities.

A social structure can also be toxic. Like ozone or sulfur dioxide, in a society polluted by racial injustice, we breathe it all in. And that too can make us all sick.

In the words of the Black Jewish advocate and educator, Alicia Garza, the plague of racism is “everywhere, it’s like the air we breathe.”

We like to think that this plague infects other people. Not us. It’s others who have been “carefully taught” to hate.

Pharaoh’s Egypt ignored the oppression built into its culture, with catastrophic results. Their story is a warning to us.

But infected air is insidious. It contaminates us, regularly shaping our expectations and understandings of reality. It teaches us to fear Black faces, showing us mugshots of Black people on broadcast and social media. t teaches us to accept Black and Brown people living in unsafe and substandard housing as normal. It teaches us that racial inequality in employment and education and financial services, the policing of Black and brown children, the plague of mass incarceration — all are natural facts of American life.

And it teaches members of juries across the country that when a law-enforcement officer testifies fearing for life and limb in an encounter with a Black person — that, too, is normal, expected, justifiable.

We don’t have to be carefully taught any of that. Like the soot that infested the atmosphere of Pharaoh’s Egypt, it hangs in the air we breathe.

To the contrary, we have to be carefully taught to confront these unspoken realities of American life. But the hysteria unleashed by even the idea that our children might be taught to examine those realities indicates that we refuse to face them ourselves.

Pharaoh’s Egypt ignored the oppression built into its culture, with catastrophic results. Their story is a warning to us, in this land.

God forbid we learn the lessons too late.