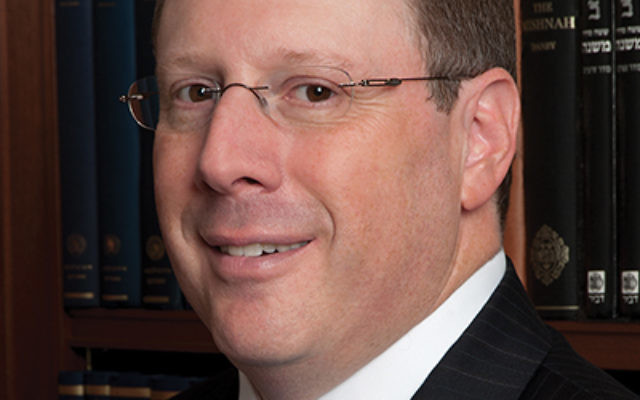 ‘Something there is that doesn’t love a wall,” Robert Frost once wrote. Of this I am sure these days. For months the idea of walls and the radical act of separation they represent has loomed large in our psyche, as Americans and as Jews. From hypothetical walls against Mexicans (to be paid for by Mexico), to actual new barriers on the streets of Jerusalem, to the Kotel — that greatest of all remaining Jewish walls — this apt symbol for our times seems to recur constantly. Even though we live in an era once imagined as wall-free after the falling of the famous example in Berlin, walls appear to be closing in all around us.

It is not even the physical walls that concern me the most. Rather, the growing walls that separate people from those who hold different opinions cause me the worst worry. The walls of polarization that divide our communities, whether in American politics, in our various viewpoints on the relationship with Israel, or simply in how Jews perceive and treat other Jews, are dangerous and growing, and require a communal response that transcends any individual movement or organization.

Over the past few weeks, here are a few examples of the kind of dangerous walls I have witnessed personally. First, a rather well-known Orthodox rabbi invited for a program with a Muslim leader to be held at a Reform synagogue declined to speak unless the program was moved to another, more suitable venue. The reason? I surmise that he believed that his participation on the premises might offer some tacit imprimatur, which he was quite unwilling to proffer even for the hour it would take to offer his speech.

Second, I recently participated in a panel of Modern Orthodox, Conservative and Reform leaders about the relationship between North America and Israel. A few minutes before the panel, I was surprised to learn that another well-known Orthodox rabbi had decided to participate. Why did we learn this at the very last moment? Only because he would not allow his name to appear in the printed program, for that might compromise his reputation in his community.

In Israel, perhaps the most disturbing bits of evidence came in recent days. After weeks of name-calling and abusive messages about the Reform movement, blacklisting of the conversions of many non-Israeli Orthodox rabbis and other awful acts by Israeli Orthodox leaders in the wake of the Kotel deal, there is even more. Now, several Orthodox rabbis have joined together in creating an appalling conference called “Ha-ba-ayah ha-Reformit,” or “The Reform Problem.” The advertisement for this conference contains a picture that closely resembles anti-Semitic propaganda from the Holocaust, suggesting that Reform Jews are wealthy, and that “their god is gelt” — money — implying that the Israeli government is considering recognizing the Reform movement simply for economic reasons.

The recycling of such a horrid canard is abysmal, and suggests a warped view of God and Israel that transcends the boundaries of morality and Jewish propriety. Recognition for the Reform and Conservative movements in Israel is simply the ethical and appropriate Jewish action, and it is absolutely vital for ensuring a strong and vibrant link between Israel and the diaspora.

Holding different beliefs does not necessitate such spiteful and negative actions. But it is a sad world we live in, when some of those who lead do not have the courage to behave with respect for others who share much, yet respectfully differ. It is even sadder that their communities support them as they dismiss the vast majority of Jews in North America, and millions of committed Jews worldwide. I would hope that our communal leaders and organizations would begin to take such problematic approaches to task, modeling improved pluralistic behavior, public rebuke, and careful review before funding any organization that participates in such defamatory attacks on other Jews. To do anything less is to continue to foster such destructive behavior and give it undeserved sanction.

“Good fences make good neighbors,” Frost’s poem famously continues. Surely, there are times for fences, but there are (to paraphrase Ecclesiastes) times to tear down these fences, too. As we think about the Passover season, the festival of emancipation, when we must build walls, let’s make sure we build good ones that help us all become better neighbors to one another. Let us take down walls that separate us with hatred, divisiveness and anger, and build up new walls that we may permeate with dialogue, respect and love.