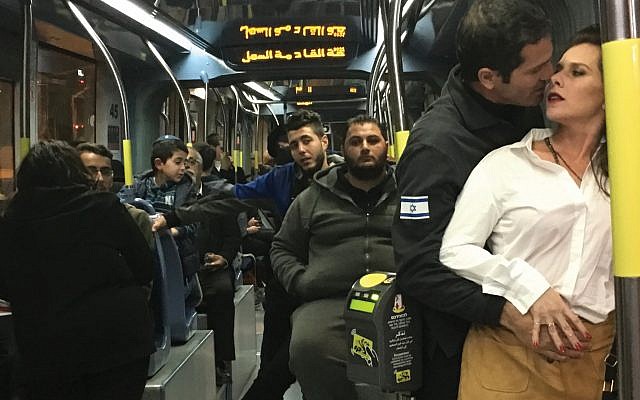 A scene from Amos Gitai’s “A Tramway in Jerusalem,”

In a sign of the nationalist times in Israel these days, sectors of the country’s film industry are in the midst of hand-to-hand combat with the nation’s Ministry of Culture. It’s too soon to make any predictions about the outcome of that struggle, and the effects it is having on the kinds of films being made in Israel is still not widely discernible. However, if the Israeli films on display in this year’s New York Jewish Film Festival, which opened this week, are any indication, the next few years should be interesting, to say the least; the focus of new films coming out of Israel continues to shift away from the conflict with Palestinians and towards more internal quarrels.

Amos Gitai, 68, who is represented with the U.S. premiere of his latest work, an engaging puzzle called “A Tramway in Jerusalem,” has generally stood apart from the Israeli mainstream, drawing most of his funding and viewers from Europe. As a result, his work has been more openly confrontational than the work of many of his contemporaries. But there have been signs that Gitai has mellowed as he reached his 60s, and “Tramway” suggests that process is continuing. 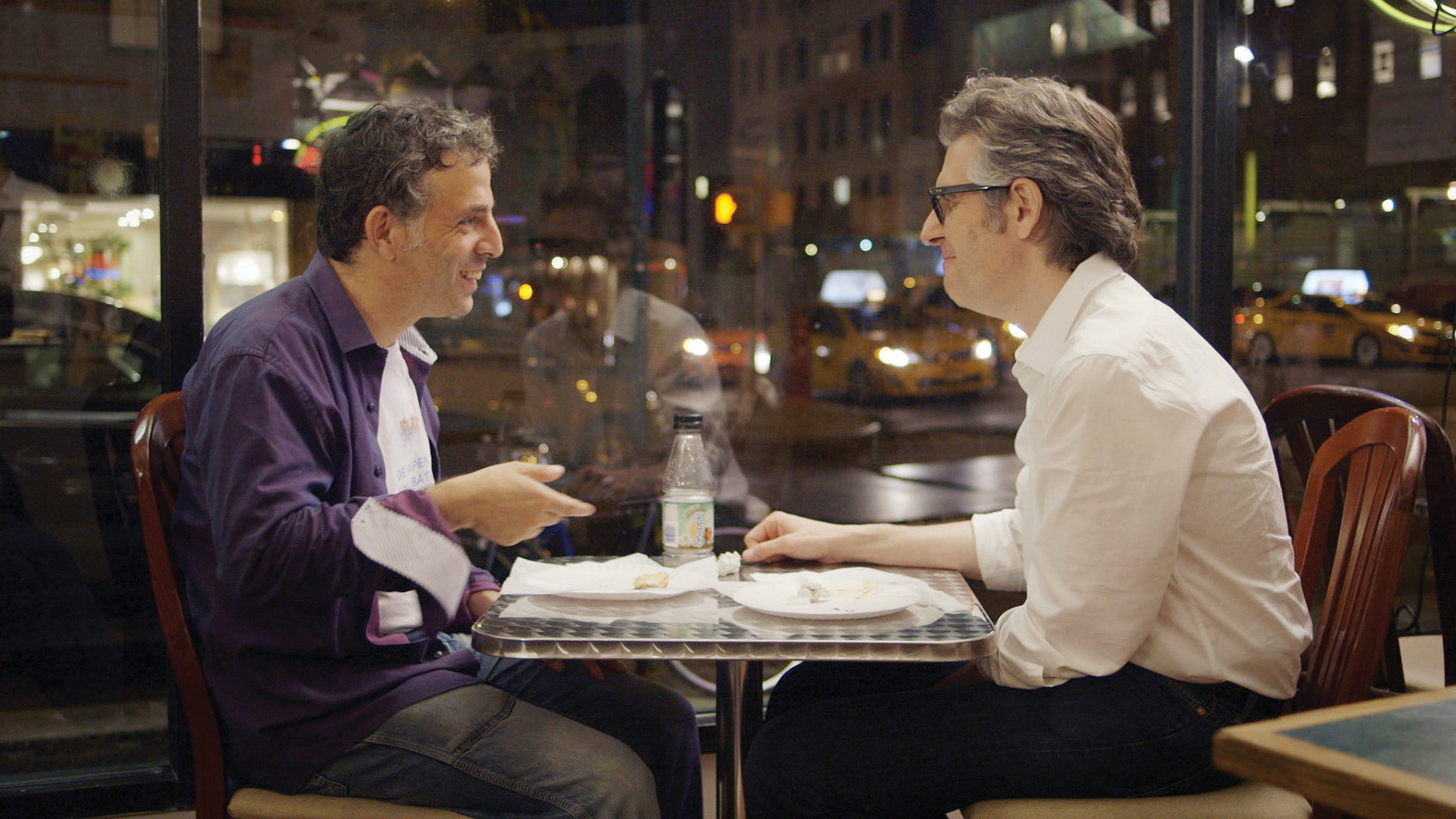 Etgar Keret, at left, in new documentary about the acclaimed author.

The new film is a graceful five-finger exercise, a series of vignettes set on the Light Red Rail Line, which links East and West Jerusalem, with all the cultural complexities that route contains. Each of the film’s small narratives is rendered in a sequence shot, most of them several minutes long, with Gitai honing in on his actors rather more closely than usual. He has exchanged his customary extravagant and complicated camera movements for a smaller, subtler mise-en-scene constructed around the actors’ faces and the extraordinary light of the city at all hours of the day.

The vignettes themselves are frequently ambiguous, almost Beckett-like in their quirky combination of dry wit and narrative indeterminacy; they are linked by musical performances that range from an a cappella “Hashkiveinu” by Noa Achinoam Nini that opens the film, to a ferocious anti-Israeli rap by a Palestinian teen, to a mellifluous Arabic folksong that closes the film. Obviously Gitai is reflecting on the multinational nature and attraction of Jerusalem, throwing at us an Italian Catholic priest (Pippo Delbono) who recites a long passage from Pier Paolo Pasolini’s “The Gospel According to Matthew,” to a wry miscommunicating conversation between Yael Abecassis and Mathieu Amalric in which he keeps raving about the sun and the beaches while she insistently asks, “Isn’t our army great?” 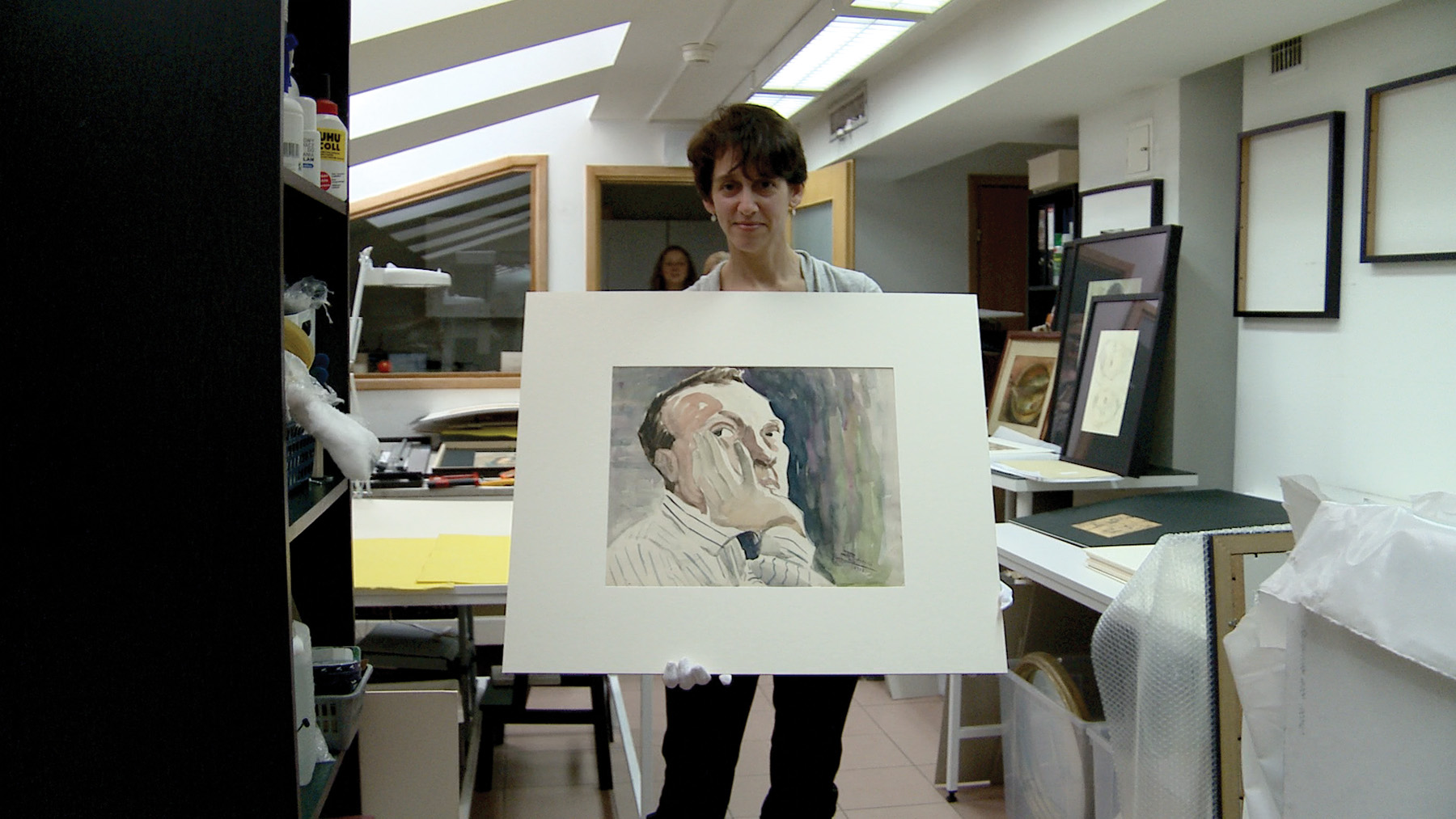 Elizabeth Rynecki in her “Chasing Portraits.”

“Tramway” feels a bit like business as usual for Gitai; it is a significant return to form from last year’s documentary “West of the Jordan River.” The cast feels like a family reunion with familiar faces dotted throughout, and the result is charming if a little thin.

Joseph Madmony is the son and grandson of prominent Sephardic Orthodox rabbis. He left the family religious traditions behind to become a filmmaker, but the strength of that heritage has always exerted a gravitational pull on him. In his previous films, notably “Restoration” and “The Barbecue People,” the tension between self-assertion and personal history is displaced by other endeavors. But in his latest film, “Redemption,” co-directed with Boaz Yehonatan Yaacov, Madmony approaches the subject directly. The film, which receives its New York premiere at the festival, centers on an ex-rock star, now religious, who is forced by circumstances to reunite his old band. Madmony has only directed five features in the 15 years since “Barbecue,” so this return to the helm should be much anticipated. 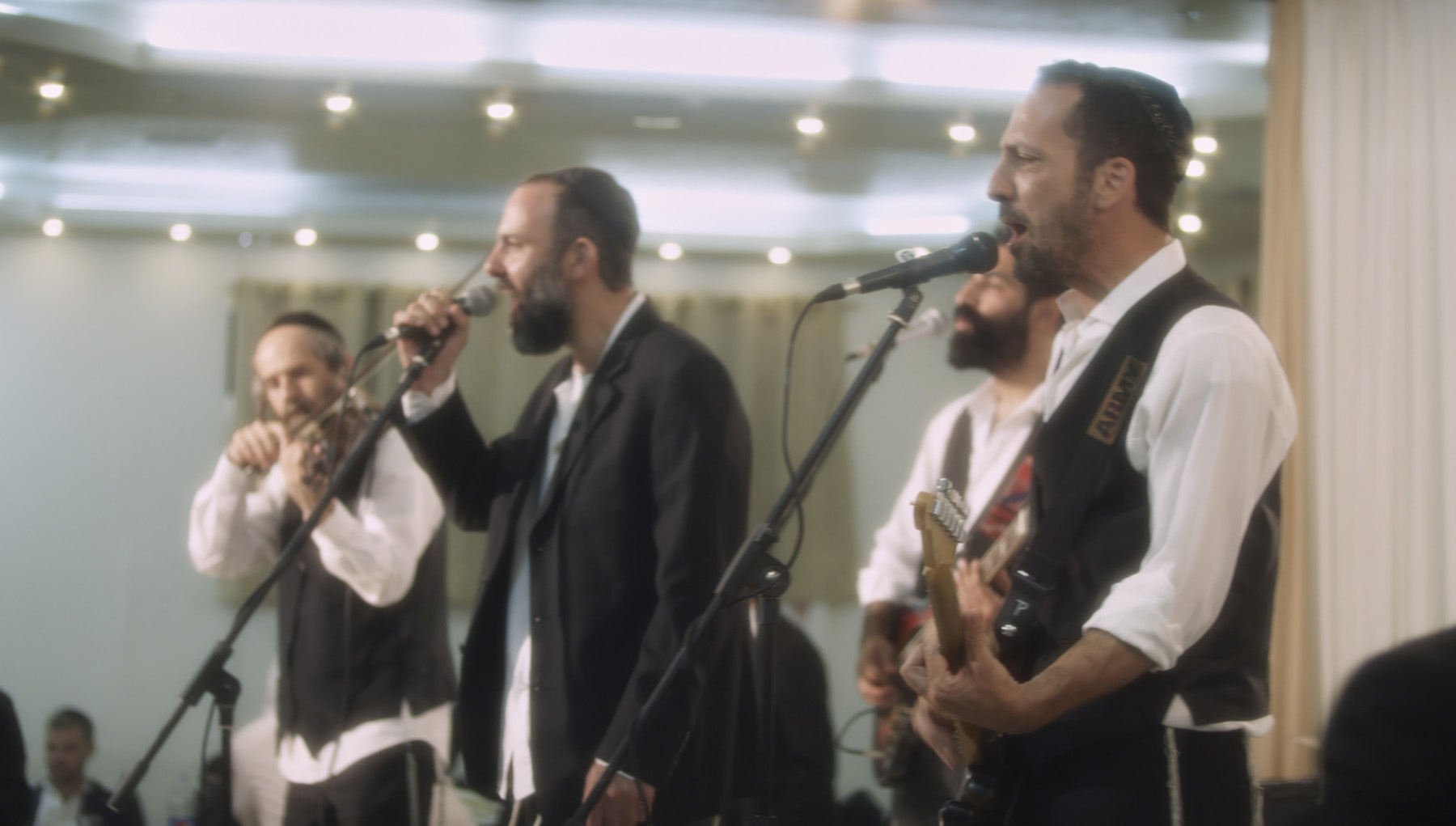 In “Redemption,” an ex-rock star, now religious, is forced to reunite his old band.

Etgar Keret is probably the most popular Israeli fiction writer outside his native country. His deft, ironic tone and the quirky premises behind his short stories play well with the hipster audience  that probably misses some of the darker implications of his writing that would be an obvious subtext for other Israelis. Not too surprisingly, the new Dutch-made documentary “Etgar Keret: Based on a True Story,” making its U.S. premiere at the festival, is better at capturing his personal warmth and charm and the humor of his work than its underside.

Keret is a child of Holocaust survivors. His father, he recalls, used to tell the young Etgar stories of whores and gangsters back in Europe, but, the writer adds, “he emphasized the human side of them; there was something Hasidic about them.” Keret was an outsider as a kid, “a weirdo … who read comics,” and that certainly seems to have carried over into his adult life and his writing.

Unfortunately, director Stephane Kaas feels compelled to find clever cinematic equivalents for Keret’s own oddities of tone and subject matter. The film opens with — and repeatedly returns to — Kaas and a colleague being grilled by a customs officer at the airport upon their arrival in Israel. The film flips through numerous modes, with animation alternating with talking head interviews with Jonathan Safran Foer and Gary Shteyngart (among others), in frustrating fashion. Keret comes over quite pleasantly and the film should send readers back to his books, so it’s not all that bad an outcome.

I wish I could say the same about “Chasing Portraits,” the feature film debut of director-writer-producer Elizabeth Rynecki that is making its New York premiere at the festival. The subject is fascinating: her great-grandfather, the Jewish-Polish painter Moshe Rynecki. Rynecki was murdered in Majdanek, his artistic legacy scattered across Eastern Europe except for about 120 pieces that the family rescued out of over 800 that had existed before the war. Guided by her charming father and his surprisingly acute memories, Rynecki goes in search of the missing paintings, along the way discovering that Moshe was actually a better-known figure than she had imagined. Regrettably too much of the film’s running time is spent on the filmmaker’s feelings, and her self-fascination detracts from the story she is trying to tell. What makes that particularly excruciating is that Rynecki is, on the evidence the film presents, a really compelling painter, ostensibly a realist preserving the pre-WWII reality of daily Jewish life but, in fact, a frequently dazzling post-Impressionist with a richly variegated palette that often recalls Van Gogh and the Fauves. n

The 28th annual New York Jewish Film Festival, co-sponsored by the Jewish Museum and the Film Society of Lincoln Center, runs through Jan. 22. Screenings will take place at the Walter Reade Theater (165 W. 65th St.); for information, go to www.filmlinc.org.