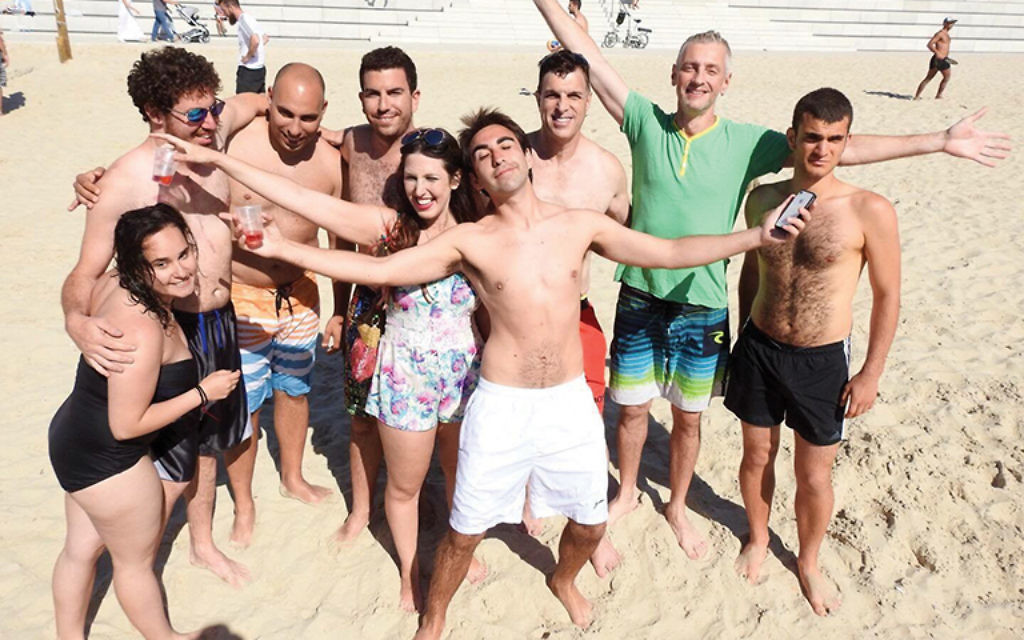 Jerusalem — Summer is the heart of aliyah season, and just last week 233 immigrants from North America began new lives, and perhaps fulfilled lifelong dreams, when they arrived in the Holy Land.

When they got off the plane at Ben-Gurion Airport in Tel Aviv, the new Israelis, faciltated by the advocacy group Nefesh B’Nefesh, were met by Israeli President Reuven Rivlin, and treated like dignitaries.

In the spring of 2014, Lawrence boarded a plane in Los Angeles and moved to Israel. A PR professional and a former media director of the Israeli consulate, Lawrence, then 50, thought he knew enough about the country to ensure a successful aliyah.

“I was really poor. I was borrowing money from everywhere,” he told The Jewish Week.

Rather than freaking out alone, Lawrence created a Facebook group called Keep Olim in Israel and poured out his angst.

“I created the page to vent. I thought, I’m not going to leave this country quietly. I said I’d had enough, that they bring us here and drop us like a hot potato. Within 10 days the page had 5,000 people.”

Group members shared, and continue to share, their aliyah-from-hell stories: tales of government bureaucracy and greedy landlords, misunderstandings due to lack of Hebrew knowledge, deficits and lingering unemployment.

“It was really negative. People [in the group] were yelling in every language. I said, ‘Why don’t we create something from this that empowers people.’”

While that sounded like a platitude, Lawrence was dead serious. A year ago this month, he and some other immigrants created Keep Olim in Israel, a Tel Aviv-based nonprofit with a very small budget but very big dreams.

The organization, which Lawrence has dubbed “the post-aliyah organization for all olim,” already seems to be filling the void for immigrants between when they touch down at Ben-Gurion Airport, often knowing little or no Hebrew and the point at which they are able to navigate Israeli life.

“People arrive on an aliyah high. They get some money and services and discounts” from the Jewish Agency and Ministry of Immigrant Absorption, “and everyone’s nice to them the first week,” Lawrence said. “Then people sign rental contracts and start getting ripped off. Learning Hebrew feels too hard. You and your kids aren’t acclimating fast enough and you need a job. The bubble bursts.”

Lawrence places much of the blame on the shoulders of the Jewish Agency, which, he claims, offers little more than Hebrew ulpan classes and a few absorption centers. He said the Absorption Ministry’s financial “basket of services” runs out within a short time and that the needs of olim — from mental health support to bilingual education — aren’t being met.

“I’ve watched 62 people I know leave the country,” Lawrence said. “The Jewish Agency says 11 to 12 percent of olim leave, but I believe it’s a lot higher.”

No one, he said, calls the Agency from the airport and says, “‘I’m leaving.’ Instead, they quietly sell their furniture on [the website] Secret Tel Aviv.”

Maxwell Tylim, who made aliyah from Florida in October 2015, said Tzvika Graiver, a co-founder of Keep Olim in Israel who provides new olim with legal aid, looked at his rental contract to make sure it was fair.

“One of my biggest anxieties was the housing situation. I knew I’d be moving to Tel Aviv and I’d read so many posts on Keep Olim’s Facebook page about unscrupulous landlords who took tenants’ money. I thought, oh sh-t, this must be the norm.

“Having Tzvika read my contract took away so much anxiety,” Tylim said.

The organization, which has raised nearly $50,000 in private donations, offers a contract-reading service (free for the first year of aliyah) and group psychotherapy. Subsidized individual mental health services will soon be available.

After becoming ill and being hospitalized, Lawrence set up a bikur cholim program “because immigrants often don’t have family in Israel, or even good friends” a sick immigrant can call upon. He created a “No Oleh Alone” program for Jewish holidays — what immigrants often consider the loneliest time of year. An “Adopt an Oleh” program that matches veteran olim with newcomers was launched this summer.

While Nefesh B’Nefesh, which partners with several Israeli government ministries, provides a fairly extensive social and job networking safety net, that net only applies to American, Canadian and British olim. The Association of Americans and Canadians in Israel and Telfed (South African olim) offers many post-aliyah services, but only to olim from those countries. The International Fellowship of Christians and Jews, which has made a big push into the aliyah business in recent years, provides some post-aliyah benefits to immigrants from a half dozen countries, including Ukraine and France.

A handful of other nonprofits provide free legal aid to olim or other types of assistance, but they can be difficult to find.

“It’s not Nefesh B’Nefesh’s fault; they do a good job,” Lawrence asserted. “But what about the Russians, the Spanish, the French, the Portuguese, the Dutch? Everyone needs help.”

Avi Mayer, a Jewish Agency spokesman, defended the services the agency offers all olim: “While immigrant absorption is largely the job of the Ministry of Immigration and Absorption,” he said in a statement, the agency “nevertheless offers immigrants a full complement of programs and opportunities aimed at softening their landing in Israel. From Ulpan Etzion residential absorption centers for young immigrants to programs like Wings that offer support and guidance to lone soldiers, and from specialized absorption tracks for professionals in various fields to ongoing career and academic counseling.”

The Jewish Agency, Mayer continued, “is committed to ensuring that every new immigrant receives the support he or she needs, even beyond the far-ranging benefits and services offered by the government of Israel.”

A Ministry of Absorption spokeswoman stressed in a statement that olim are entitled to some benefits for as long as 10 to 15 years.

“The ministry is providing services in all aspects of life, including a basket of [financial] services that every new immigrant is entitled to in order to start their lives in Israel in the best possible way,” the statement said. “We supply new immigrants with financial aid for public housing, entrepreneurship, and independent businesses and provide guidance and consulting concerning job seeking, academic counseling, Ulpan [Hebrew classes] and much more.”

Vanessa Coriat, a Venezuelan who made aliyah from Los Angeles in 2011, said these benefits initially provided a small financial cushion but haven’t helped her integrate into Israeli society.

“My aliyah has been very difficult,” said Coriat, 47. “It’s been hard to find a job, though now I have a good one.”

It was Lawrence, she said, who pulled things together when she needed surgery last year and when her father died in the U.S. two weeks ago.

“I was hospitalized and had no close friends nearby, so LiAmi organized things. When I called to tell him my father died, he asked, ‘Do you want someone to come over?’ People started sending condolence messages and came over to the shiva. He even sent a rabbi.”

For seder, Lawrence matched Coriat with what she called an “amazing Israeli family.”

“People say olim expect to receive everything from the government. We don’t want much. We need help feeling connected since we didn’t grow up here,” she said.

Not everyone is thrilled with Keep Olim in Israel, or at least its Facebook group, which now has 25,000 members.

When one new immigrant, a mother of 11, recently posted about her family’s severe financial distress, “more people than not wrote nasty things” about her inability to provide for her large family. “I wasn’t looking for a handout. In retrospect I wish I hadn’t posted,” the woman, who wished to remain anonymous for privacy reasons, told The Jewish Week.

In response to the nasty comments, Lawrence quickly reminded the group that it is a community and instituted a new rule: “Fridays will now be positive Fridays! Let’s keep one day positive up in here!!!” He signed it “Team Keep Olim!”