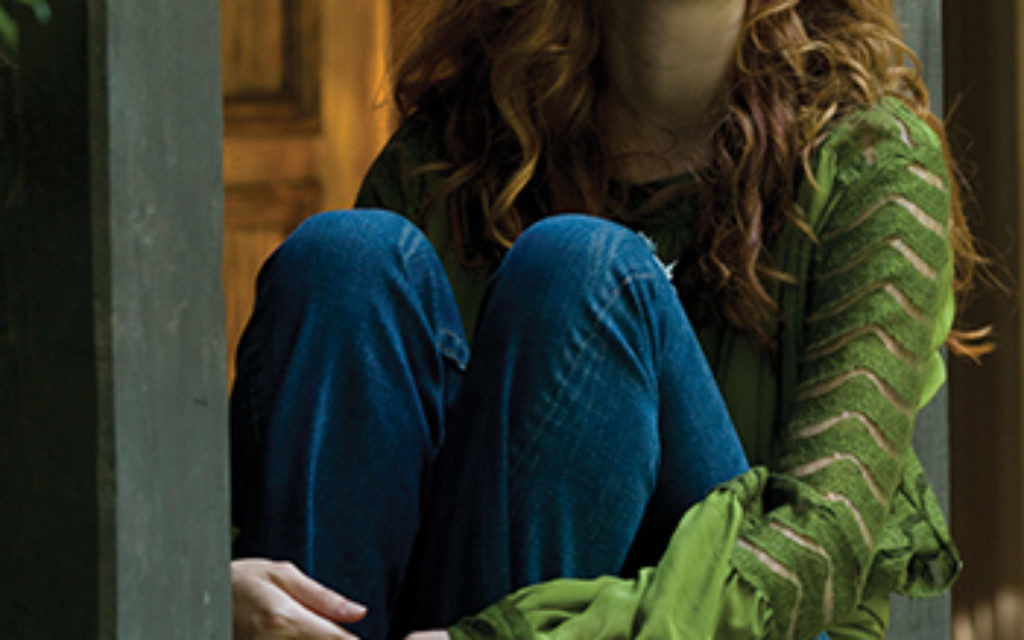 You may have never heard of singer-songwriter Cathy Heller, but chances are you’ve heard her music.

At the moment, McDonald’s is featuring her songs in two commercials — one for frappes, the other for the $2.50 double cheeseburger-and-fries combo. They are the latest in a string of high-profile gigs for Heller, an active member of West Los Angeles’ Pico-Robertson Jewish community, one of the city’s epicenters of Jewish life. In addition to the decidedly unkosher fast food chain, Walmart has licensed Heller’s music for one of its summer commercials, and her songs have appeared in commercials for American Airlines, Hasbro, Lifetime, MTV, Nickelodeon, Special K, the Disney Channel and Disneyland.

Some Gen-Xers may scoff at the idea as “selling out,” but in a business that’s been in decline since the dawn of the Internet, it’s a concept that’s irrelevant today.

“Because the margins are so small on selling a record on iTunes, and people aren’t paying $12 for an album to get the single they want, you don’t make money selling albums any more or touring anymore unless you already have a following,” she tells JTA. “The reason you know of the artists Ingrid Michaelson, American Authors, Imagine Dragons and Snow Patrol is because they license their music.”

Licensing her heartfelt music to film, television and commercials forms the core of Heller’s strategy to define success in the music world on her own terms. You won’t find her hustling for a record deal or waiting around for single-digit paychecks from streaming services. Operating with a do-it-yourself model, Heller writes and publishes her own music under her own business, Catch the Moon Music — and, perhaps most importantly, she nets all the proceeds when she secures a licensing deal.

“I’m the only artist, as far as I know, who has pitched my own work and gotten this far,” she says.

It may be lucrative but her work, Heller says, is also a conscious effort to bring something positive into the world.

A native Floridian, Heller, 36, moved to Los Angeles 12 years ago as an aspiring singer-songwriter after spending two years in Israel studying Torah. That experience, which cemented her spiritual connection to Jewish tradition, never left her.

Heller’s Jewish identity and her spiritual practice, which includes observing Shabbat, provide the chorus to her workweek.

“It keeps me grounded and I always know where my North Star is,” she says. “I don’t get caught up in the superficial part of the business, which allows me to really just enjoy making music. It reminds me of who I am and what I’m really here to do. It helps give me clarity and purpose, and it impacts every song I write and every interaction I have.”

The married mom sends her two girls, ages 2 and 3 ½, to a Conservative synagogue preschool to help infuse them with their own sense of spirituality.

Being a “light” onto others is something she takes seriously.

“I love being able to use the contacts I’ve built to help other artists launch their careers,” says Heller, who conducts workshops (in person and via Skype) to assist other singer-songwriters in navigating the shifting music industry. She also represents other artists seeking to license their work.

Heller says she began singing as far back as she can remember, with the dream of one day landing her compositions in films and television. She studied piano and voice as a child and performed musical theater before graduating from Florida State University.

Early in her career, Heller received critical advice to maintain a “polite persistence,” and that’s something she estimates accounts for 90 percent of her working strategy.

“You can’t take rejection personally and must just keep going,” she says. “So much happens for the people who keep showing up — and it doesn’t hurt when your motives are really to spread a little goodness.”

Heller’s first licensing deal was with Kodak in 2007. Another big break came in 2009, when NBC licensed her single “Turn the Sunshine On” for a promotional campaign for its comedies, including “The Office.”

“That was pretty fantastic and gave me lots of exposure,” she says.

Over the years, Heller’s music has been part of the soundtrack for poignant and sweet moments on TV programs, including ABC Family’s “Pretty Little Liars” and “Switched at Birth,” and The CW’s “One Tree Hill.”

“Usually, fans find my music because they’ll hear a song in a show or in an ad and then they’ll come to find the rest of the songs on iTunes,” says Heller, who also performs at local venues around Los Angeles.

Looking forward, Heller aspires to continue writing, licensing and spreading her optimism to a wider audience.

“I want to inspire more and more people and touch more souls to know they have a deep, intrinsic goodness,” she says. “Songwriting and performing give me so much fulfillment. I feel so expressed and I get to lift other people, so it’s such a win-win.”