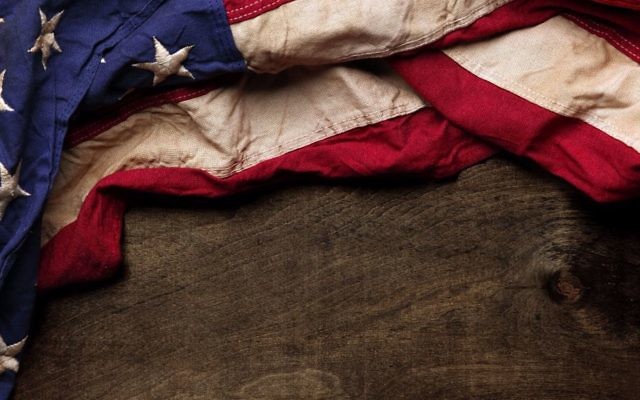 In 1947, America was my Polish-Jewish grandmother’s Promised Land. Seventy years later, I’m no longer sure it is still mine.

Hannah Arendt famously said that the diaspora Jew is always inevitably either pariah or parvenu. Jews are outsiders—some flaunt it, some try to cover, but the best we can hope for is to pass.

I used to resent such diagnoses. I associated them with the simplistic, doctrinaire Zionism that led me to leave Israel for the U.S., where I was born. I despised the clichés: Jews will never be at home among the goyim; never again will Jews go like sheep to the slaughter; Israeli soldiers cry when they shoot. As a teenager during the first Intifada, Israel’s answer to the Shoah seemed like a tragedy.

America was better. America started with “We the People.” America was explicitly and centrally committed to liberty and justice for all. In America, minorities had rights. The tape I was listening to on my Walkman as Saddam’s SCUDs rained on my hometown was Simon & Garfunkel’s Concert in Central Park. My favorite song: American Tune.

So like my grandmother, I crossed the ocean, and I thrived. Unlike my grandmother, I avoided our tribe. I wanted to shed it all—Israel, Judaism, Hebrew. My closest relationships were with non-Jews, and my career took off in spaces that vibe “old boys’ club.” By external appearances, I “made it” in a bastion of conservative, white, culturally-Christian America.

But over the years, and especially over the last few months, the limits of my assimilation project have become visceral. On election night, I was—like other progressives—devastated, but I wasn’t ashamed the way I’ve been over the rise of extremists in Israeli politics. Following the Muslim Ban, I was—like other progressives—angry and concerned for Arab and Muslim Americans. But I was also personally triggered in a way that set me apart from colleagues and local friends. When I witness anti-Black bias in professional life, I feel the weight of my privilege as non-Jewish whites do, but my privilege here is palpably different from the privilege I had as an Ashkenazi Jew in Israel. I know what it’s like to be the top race, and this ain’t it. Living in a place where that distinction is illegible is feeling increasingly stark.

As this has been happening, images of Zionist teachers, scouts counselors, elders, and friends whom I rejected are coming back to me. Warnings I dismissed are echoing.

I don’t know that they were “right” and I was “wrong,” but I am embarrassed when I recall my youthful incredulity over Israeli hasbara while I failed to register the magnitude of the disconnect between myth and reality in the land of the free and the home of the brave. Israel is deeply flawed, but I no longer have faith that America is better.

I am sorry. I was wrong to criticize without humility, and I was wrong when I followed the son who walked away from his family’s Seder saying: lachem ve-lo li. This is for you, not for me.

I am, and I will always be a member of this tribe, the tribe called Israel, God Wrestler. Racially, culturally, linguistically, spiritually—I am Jewish.

Does this mean I am a Zionist? That I should move to Israel? I don’t know. It’s complex. I’m in the midst of a process of reckoning, as many people are—Jews and non-Jews alike.

Somehow, my kiruv is helping me see that too. I am not alone in feeling alone. Beyond the chilling, business-as-usual atmosphere in my office and neighborhood, I know that millions of Americans, in different ways and for different reasons, are losing faith. Millions cannot find themselves in “We the People.” This has been true for a while, but so far, the branding machine succeeded in preventing the old story from falling apart on a grand scale.

The grace period is ending. Something big is breaking. The old story is dying, and a new story is being born. This is a time of transition, and it is painful. If we are to make through, we will need tools for transforming grief into healing, for believing that narrow places eventually lead to freedom.

The world is full of sacred traditions that do this.