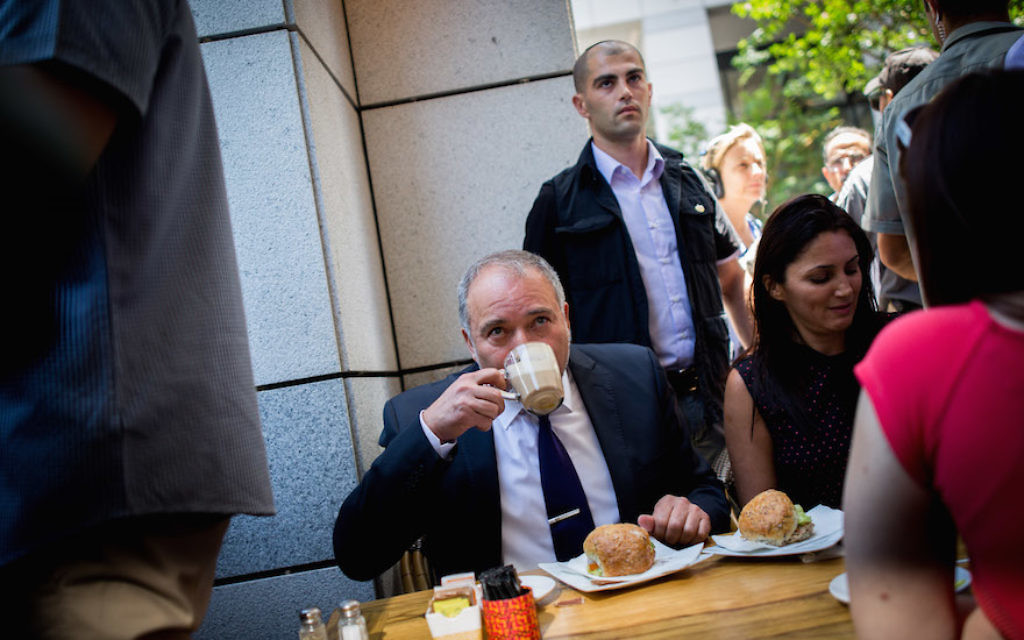 “I don’t plan on detailing the steps we’ll be taking, but I certainly have no intentions of settling for lip service,” Liberman, who assumed the post late last month, said.

Liberman also said he had come to “salute Tel Aviv residents who have again had to suffer a terrible event like this, a serious terror attack, and despite this they are able to return to everyday life and prove that life is stronger than terror.”

In the hours following the attack, Israel’s Defense Ministry rescinded tens of thousands of permits given to Palestinians in West Bank and Gaza Strip which would have permitted them to visit family in Israel or to visit the Old City of Jerusalem and pray at the Al-Aqsa Mosque in honor of the holy Muslim month of Ramadan. Some 83,000 such permits were cancelled, the Defense Ministry’s Coordinator for Government Activities in the Territories told Israeli media. The ministry also froze hundreds of work permits allowing Palestinians to work in Israel.

Four people were killed and three were seriously injured in the shooting at the outdoor shopping and entertainment center in Tel Aviv; 13 others were less seriously injured. One of the two gunmen was shot and killed at the scene and the other remains in serious condition in the same Tel Aviv hospital as the victims.

The attackers were 21-year-old cousins from the Palestinian town of Yatta in the Hebron Hills in the southern West Bank. The Israel Defense Forces imposed a closure on the town.

The victims were identified on Thursday morning: Ido Ben Ari, 42, from Ramat Gan; Ilana Naveh, 39, from Tel Aviv; Mila Mishayev, 32, from Rishon Lezion; and Michael Feige, 58, from Midreshet Beersheva. Feige, a professor of sociology from Ben Gurion University, had written several articles against the Israeli occupation of the Palestinians.

“We have no Iron Dome against terror attacks like these. The struggle against terrorism is difficult and long, but the State of Israel will not be disheartened. There will be no resurgence of terror, and we will relentlessly pursue the perpetrators,” Israeli President Reuven Rivlin said Thursday morning regarding the attack.