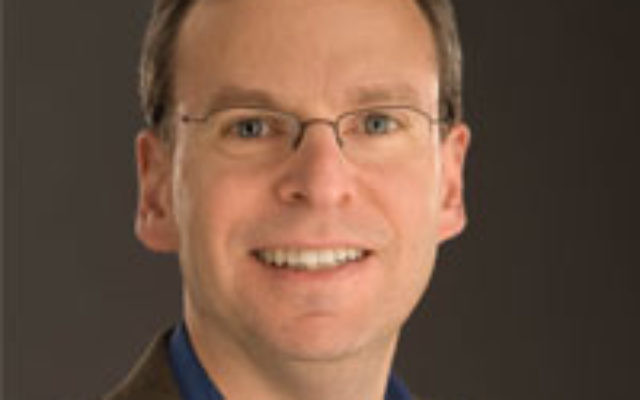 Rumors of the demise of liberal Zionism are rampant, fanned most recently by Antony Lerman in last weekend’s New York Times (“The End of Liberal Zionism”).

The devastating war in Gaza, against a backdrop of ever-growing settlements on the West Bank and growing racism and intolerance in Israeli society have appropriately prompted soul-searching within the Jewish community globally.

Liberal Zionists feel strongly that the path charted by Israel’s present leadership fails to advance the country’s long-run interests while running counter to our most deeply-held values.

In 66 years of renewed national independence, the Jewish people have proven as adept at making mistakes – some of them profound – as other nations throughout history.

However, accepting that Israel has flaws and makes mistakes does not justify rejecting the enterprise of building a national home of the Jewish people grounded in our values.

The alternatives – Zionism without liberalism or liberalism without Zionism – are both markedly worse for Israel and the Jewish people.

Zionism was part of the nationalist awakening that swept Europe in the late 19th century. Its founders realized that to be safe and to become masters of their own fate, the Jews needed a country to call their own.

The Holocaust tragically proved how right they were and now most Jews rightly see the long-term survival of our people as inextricably tied to the continued existence of a secure national homeland.

Liberalism, which upholds the values of equality, freedom and justice, has for over 300  years inspired national liberation movements, starting with the American Revolution. During that time, liberal democracy has established itself as the most successful and satisfying form of governance.

Liberal Zionism marries those two strands of thought, proposing that the best future for the Jewish people will be in a national home rooted in the values and principles not just of liberalism but of Judaism itself.  These include a belief that we must treat others the way we want to be treated ourselves and live according to a strong code of ethics. It must be a state, in the words of Israel’s Declaration of Independence, “based on freedom, justice and peace as envisaged by the prophets of Israel.”

Of course, Israel today falls far short of fulfilling the dreams of its founders in all respects. Even its most fervent supporters agree it has big problems that need to be addressed.

Racism, intolerance, lack of equality, and pre-eminently the treatment of the Palestinian people remain critical challenges to the survival and the character of the state of Israel.

To acknowledge that Israel, like all the world’s liberal democracies, faces enormous problems, is not to excuse Israel’s faults. But we should remember with humility that the road to a more perfect nation even in the United States was paved with civil war, the scourge of slavery and racism, and the trampling of the rights of indigenous peoples.

The present state of affairs in Israel today proves not the bankruptcy of Liberal Zionism, but the critical importance to the country of its triumph over the alternatives.

The future of the liberal democracy founded in the state of Israel hangs primarily on the resolution of the Israeli-Palestinian conflict. Israel cannot remain both Jewish in nature and democratic in character if it retains control over all the land and people between the Jordan River and the Mediterranean Sea.

Israel has a fundamental choice among three things – of which it can only have two: One, control over the land between the river and the sea; two, the Jewish identity and nature of the state; and, three, its democratic character.

Those on the political right of Zionism – the settler caucus, opponents of the two-state solution, and many who claim to support two states but oppose its necessary components – seek Jewish control over all the land of Greater Israel, and are willing to sacrifice the rights of the non-Jews living in the land. They would give up democracy to keep the land.

This policy, if enacted, will lead to Israel’s international isolation, alienate a large portion of the world’s Jews, and ensure constant conflict with the country’s neighbors.  Such a future undercuts the movement’s goal of providing the Jewish people respite from the dangers and persecution they have faced in the homes of others over the centuries.

Those on the political left who see the solution as one democratic state with equality for all, have no problem with the Jewish people being once again a minority dependent for rights and survival on a majority of another nationality.  After two thousand years of life as a defenseless minority, few Jews would want to relive that experience.

The only way for Israel to survive as both a Jewish and democratic nation is on the course charted by Liberal Zionists: to compromise over the land with the Palestinian people and create two states for two peoples.

The fundamental promise of Liberal Zionism today is that the nation-state of the Jewish people can survive and thrive, be recognized around the world and accepted in its neighborhood through territorial compromise, backed up by iron-clad security commitments.

Zionism was and should remain an aspirational movement, striving for goals just beyond our reach.  It’s not a movement that should be content to simply defend the nation’s independence as its crowning achievement.

There is much work to be done to build a national homeland of the Jewish people of which we can be truly proud.  We must end the occupation, define the country’s borders, and take giant strides in the direction of a more just and equal society.

This is work that may well not be finished in our lifetimes, but it’s work from which – to paraphrase our sages – we must not desist.

Jeremy Ben-Ami is the president and founder of J Street, the political arm of the pro-Israel, pro-peace movement.