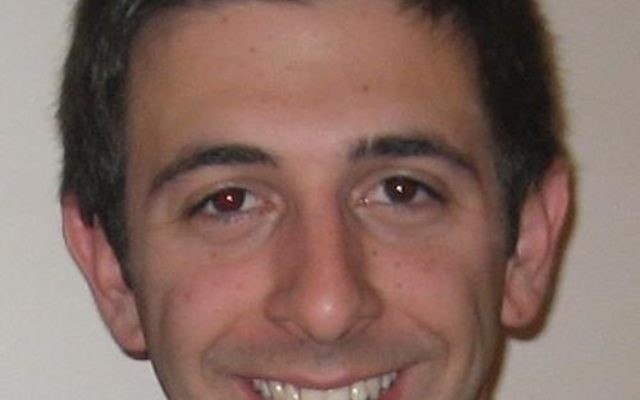 This weekend I had the amazing opportunity to represent JQY (Jewish Queer Youth) at the Keshet and Hazon Shabbaton for LGBTQ (Lesbian, Gay, Bisexual, Transgender, and Queer) teenagers. JQY is a non-profit organization supporting LGBTQ youth and their families in the Orthodox community.

The participants at the Shabbaton represented a wide variety of religious, gender, and sexual identities. What struck me most was the life-saving role Judaism played in the lives of these teens. Many found refuge in religion when homophobic friends, family, and society rejected them. They spoke about Reform and Conservative congregations and youth groups embracing them and mitigating the harsh reality of life beyond the synagogue walls.

As I listened to these courageous teens share their stories, I was overcome by sadness thinking about how Orthodox LGBTQ teens relate to religion. The most progressive of Orthodox Rabbis have published The Statement of Principles, which declares that Orthodox congregations should welcome LGBTQ individuals into the synagogue and refrain from any type of verbal harassment. It further states that LGBTQ Jews should not be forced to undergo reparative therapy and should not be encouraged to marry someone of the opposite gender "under most circumstances." Far from exuding the warmth and unconditional acceptance of progressive movements, The Statement of Principles sounds like a well-meaning, but woefully insufficient anti-bullying policy.

The very fact that the aforementioned principles need to be stated demonstrates how inhospitable Orthodox Judaism is for LGBTQ individuals. Let's not forget that all LGBTQ youth experience homophobia in the broader society. Religion is supposed to elevate a person emotionally and spiritually, not reinforce discrimination and bias. For Orthodox Judaism to be accessible to LGBTQ individuals, it must do more than tolerate their presence.

LGBTQ youth who leave Orthodoxy are not going off the derech. There never was a derech for them in the first place. We must create that derech; we must create that space. And it is much easier than one might think. We can't change the prohibitions in the Torah, but we don't have to. In all my years working with LGBTQ individuals from Orthodox backgrounds, few people have left Orthodoxy or experienced thoughts of suicide due to two verses in Leviticus. People are leaving, spiritually and emotionally, because of how they are treated by the Orthodox community.

So here's what we have to do: Orthodox synagogues must unequivocally and loudly welcome all members of the community into the congregation. This means publicly acknowledging the existence and worth of LGBTQ individuals, for a group marginalized for so long must be explicitly and enthusiastically welcomed. This means creating spaces in the synagogue for LGBTQ individuals to meet and embrace the many facets of their identity. This means not caving into pressure by board members or outspoken community members to silence and oppress. This means not hiding behind amorphous and inauthentic halachic objections to mask personal discomfort with the topic. This means having the courage to endorse and partner with LGBTQ organizations like JQY, Eshel, and Keshet. JQY has already developed sensitivity training resources for Orthodox high schools, camps, youth groups and mental health professionals, teaching them how to create a safe and welcoming space for LGBTQ youth within an Orthodox framework.

As Pesach approaches and as we recall the commandment to help the stranger "because you were strangers in the land of Egypt," I challenge the Orthodox Union, NCSY, Yeshiva University, and the myriad of Orthodox Day Schools across the nation to heed the call and foster an environment in which no Jew feels estranged.

Justin Spiro, LCSW received his Masters in Social Work from New York University, with a strong focus on clinical work with adolescents and older teenagers.  Justin has worked with at-risk youth at a school-based clinic in the Bronx for the past five years.  He is the teen social worker for JQY (Jewish Queer Youth), a non-profit organization that supports LGBTQ Jews in the Orthodox community.  Justin has spoken on multiple panels as part of the JQY Speakers Bureau and regularly engages with Orthodox Rabbis and other community leaders. He facilitates the JQY Long Island Teen Group, a safe space for Orthodox LGBTQ teens, and coordinates outreach to Orthodox LGBTQ teens across the country.  For more information, visit JQYouth.org or email Justin at Justin.Spiro@gmail.com.