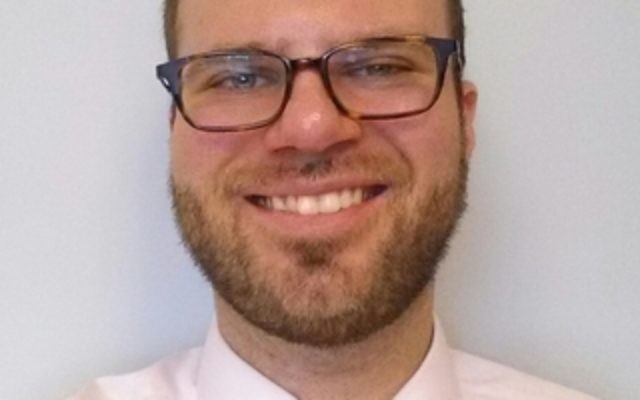 I had the honor and privilege to staff the recent fourth annual Eshel Parent Retreat.  Eshel is a community and support organization for LGBT Jews and their families in the Orthodox community.  I spent Shabbat with more than 50 Orthodox Jewish parents of LGBT children, all of whom attended the retreat with tremendous courage and out of incredible love for their children.

There was a wide range of comfort levels; one set of parents were happy parents-in-law of their daughter’s wife, and also proud grandparents. Another mother, whose child recently came out as gay, sat in pain wondering how she might have contributed to her child’s sexual orientation.

One of the well-attended sessions of the retreat was a group discussion of parents whose children “chose a different derech [religious path]” and were no longer observant in the ways their parents hoped they would be.  Admittedly, I attended this session anticipating parents angry with their children for ditching their observance. But I found them sad, not angry, and that impacted me both emotionally and intellectually. I wondered, how did we end up here?  As a psychologist, I was struck by the sadness and was bothered by the impact it surely has on the mental health of the group members and their children.  As an Orthodox Jew, I questioned the inevitability of the torment I observed.  I was sure there must be another way.

Rabbi Chaim Rapoport, a self-identified charedi rabbi, who served on the cabinet of former British Chief Rabbi Sacks’ cabinet, attended the retreat as a scholar-in-residence.  A bearded man with a long, black coat and black hat, he addressed the parents several times over the weekend, each time supporting the inclusion of LGBT Jews in the Orthodox community. Parents and staff were impressed with his enthusiastic effort to ensure ritual and communal participation for gay and lesbian Jews.

After returning from the retreat, I attended the inaugural event for Porat, which aims to revitalize Modern Orthodoxy and make it more inclusive. When the moderator posed a question about LGBT inclusion to the panelists, they looked at each other, seemingly unsure as to how to respond initially. Their subsequent answers, including “I’m limited” as a rabbi in changing Jewish law, or “I feel your pain,” or calling for patience for a solution, were considered old even 10 years ago. Thankfully, after the panel discussion Rabbi Avi Weiss, founder of Porat, provided clarity on his commitment to LGBT inclusion with his clear statement.

The contrast between the approaches to LGBT inclusion by the Modern Orthodox panel members with that of Rabbi Rapoport was unexpected and confusing.  How did the more religiously conservative rabbi arrive at a more progressive vision for LGBT Jews?

I think the answer lies in the focus of the discourse surrounding LGBT inclusion in the Orthodox community.  Discussions on this topic, in my view, tend to become overly focused on the halachot [Jewish laws] pertaining to sexual behavior.  The question of to what degree gay and lesbian Jews should be welcome in our Orthodox communities is often misunderstood as a different, important question of what halacha requires of gay and lesbian Jews with regard to their sexual behaviors. The little-understood fact is that LGBT inclusion in the Orthodox community does not depend on rabbinic permission to engage in particular sexual acts.

To be sure, gay and lesbian Orthodox Jews seek rabbinic guidance to help them lead their sexual lives in the most halachic way possible.  However, when LGBT Orthodox Jews seek inclusion in the public arena, they seek dignity in their communities, not heterim [lenient rulings] in the bedroom.

I offer two examples of ways to promote LGBT inclusion in the Orthodox community.  First, make family memberships to synagogues open to families of same-sex couples.  Synagogue membership is not a halachic status and permitting gay and lesbian couples to join synagogues as families does not constitute rabbinic approval of what the couple may or may not do in their romantic activities.  An additional option is to allow same-sex couples to sponsor a kiddush in honor of whatever lifecycle events they would like to celebrate with their community. Again, allowing a couple to sponsor a kiddush does not constitute a kosher certification on what the couple may or may not do behind closed doors.

When it comes to LGBT inclusion, it is time for our leaders to stop obfuscating the nature of the question.  LGBT inclusion is not about permitting certain sexual practices. It is about treating others with dignity.  Discussion about sex, like sex itself, should take place behind closed doors.

Jeremy Novich, Psy.D. is a psychologist in private practice in Manhattan.