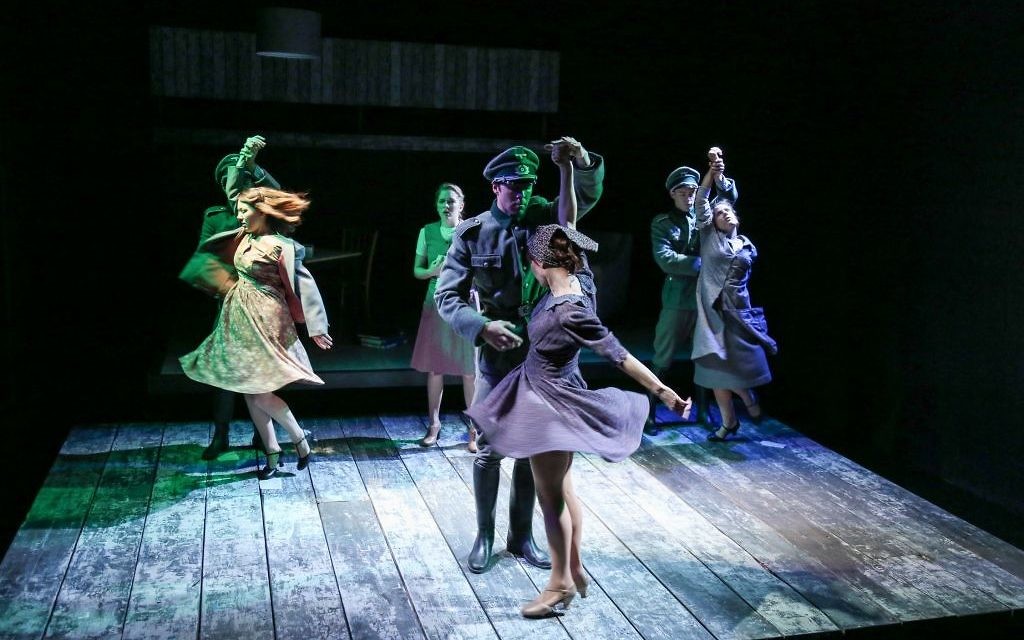 If this were a tweet: “Letters to Sala” is an extraordinary adaptation and a compelling evening of theater. Don’t miss it. The run ends October 18.

As I have the luxury of this blog post, here is why. You may recall an exhibition at the New York Public Library in 2006 of the same title. And you may remember the background: a trove of letters to Sala Garncarz had been donated to the NYPL by the Kirschner family.

Sala who had survived the war in seven different Nazi labor camps had managed to protect every communication she had received over five years. At the end of the war, she married an American and did not speak of her survival to her daughter or grandchildren until 1991, when she was awaiting cardiac by-pass surgery.

Adaptations are always challenging. How many time have you been disappointed by the movie version of the book that you have loved? And yet they can succeed brilliantly as the terrain shifts to the new medium. Based on the letters, Ann Kirschner, Sala’s daughter, wrote a book, “Sala’s Gift.” And now, based on the book, Arlene Hutton has written this dramatization.

Most of the play takes place in two simultaneous time frames,1991 and the 1940s, on a split-level stage. At the rear, Sala, Ann and two granddaughters sustain the discovery of the letters; Ann faces revelations as she has them translated; and the family faces conflicts regarding whether the material is private or public.

Downstage, young Sala is seen taking her elder sister’s place following the first summons to a work camp and later, viewers learn of her life in the camps and the letters, photos, postcards that family and friends manage to get to her.

For the play to work, both Sala in her 60s and Sala as a young girl have to be credible. Weakness by either would be intolerable. Both Anita Keal as the older Sala and Britian Seibert are extraordinary in these roles. From her first sentence, Keal’s Sala is immediately every big-hearted, tough, charming, elegant Eastern European "bubbie" you’ve ever met; and Seibert’s Sala is incandescent in her naivete, her innocence, her will to survive and her refusal to surrender.

The rest of the large (22 member) cast is excellent with Alice Jankell as Ann particularly sympathetic, torn between her often ungracious children and a responsibility to her mother and the public.

The production is long and there is no intermission. However the pace is breathless and I was absorbed, entirely unaware of time passing. Eric Nightengale as director has done a phenomenal job with his material and his cast.


Sharon Anstey is a writer and business consultant based in Manhattan.