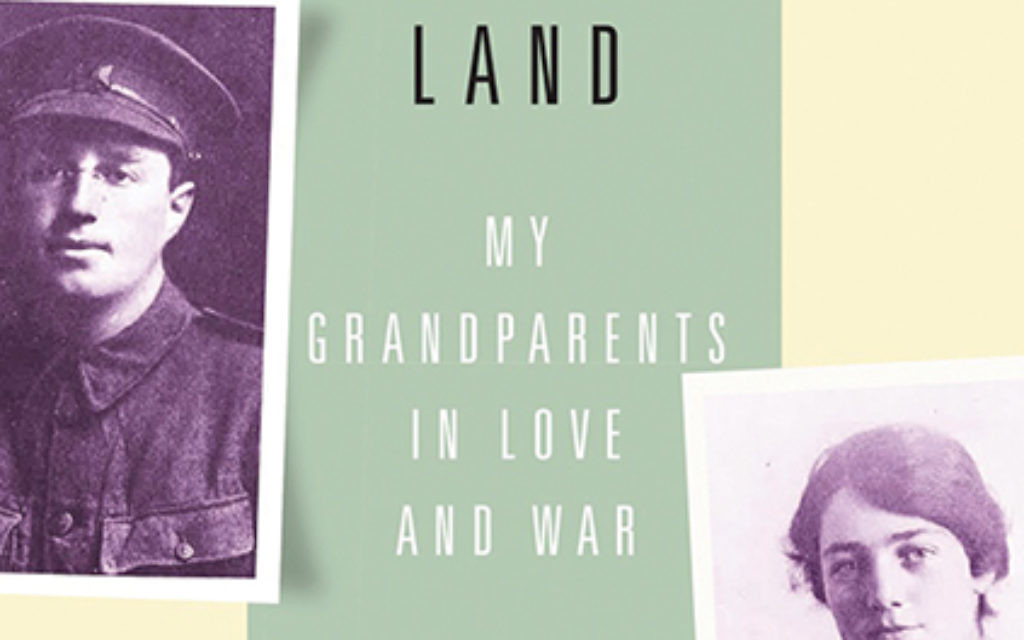 Letters are delicate inheritances, especially the ones that are addressed to someone else.

To read them is to eavesdrop; to share them is, at best, an opportunity to provide historical testimony, but, potentially, a betrayal of privacy.

Two new projects turn grandparents’ letters into art. Scholar and author Ian Buruma went through thousands of letters to write “Their Promised Land: My Grandparents in Love and War” (Penguin Press). Ruth Schreiber’s grandparents’ letters are in the archives of Yad Vashem in Jerusalem, and she worked with a set of copies to translate them into English, publish them and also shaped them into sculpture and paintings in mixed media.

When reread generations later, both sets of letters — with many written at the same time, during World War II — tell untold stories, and raise questions about Jewish identity, the idea of home and family bonds. Perhaps all are love letters.

Buruma’s maternal grandparents, Bernard and Winifred (Win) Schlesinger, saved everything, including all the letters they sent to each other from the time they met as teens, through their long separations in the World Wars, and through the rest of their lives. There were times during World War II when he was stationed in India that they wrote to each other every day, carefully numbering the letters, knowing that they would not be received by the other for a month or more. They’d write with the anticipation of a reply, keeping many lines of conversation going. These are letters full of the news of daily life, underlined with tenderness and a powerful connection between the writer and (intended) reader.

“The letters were a lifeline,” Buruma, whose previous books include “Year Zero,” “The China Lover” and “Occidentalism,” says in an interview. “We don’t have correspondence like this anymore. There’s a whole life in these letters.”

When he first went through the family archive kept in a barn at his uncle’s country home, he used the letters in research for a non-fiction book, “Anglomania.” He realized there was a larger story, perhaps the basis for a novel, but felt the letters were too interesting and rich to simply mine for information. Here, he creates a compelling narrative, balancing his own voice with theirs.

Theirs is a Jewish milieu not often described. His grandparents were assimilated German Jews born and living in England, upper class, educated, non-religious, very British, sometimes more British than the British. Three of Buruma’s maternal great-grandparents were immigrants to England, and one great-grandfather made a fortune in the stock market. And they made British culture their own. As the title implies, England was “Their Promised Land.” The book opens with a very British Christmas — his grandfather dressed in tweed and smoking a pipe, their large estate lavishly decorated, a glittery and large Christmas tree, sharp wit around the table and grand hospitality to lots of guests.

Loyal and grateful to England, Buruma’s grandparents wanted to shed any outsider or minority status. But they spoke often of Jews, whom they referred to as “45s” (he says that no one knows the origin of the term, that anyone who might know is no longer alive). They considered changing the Schlesinger name but didn’t and Bernard, the son of orthodox parents, understood that he missed certain job opportunities in the medical field for being Jewish. With a powerful connection to each other, his grandparents chose to stand apart from more recent Jewish immigrants.

But, in 1938, even before Kristallnacht, Bernard and Win stepped up and took in twelve young people brought over from Germany on the Kindertransport. They set them up in a nearby house, and had a rabbi attending to their needs. Whenever Buruma visited any of those still alive while doing research, he’d find a framed photo of his grandparents prominently displayed in their home.

The author, who grew up in The Hague, the son of a Dutch gentile father and British mother (Win and Bernard’s daughter Wendy), writes with much affection for his grandparents. As for his connection to Jewish tradition, Buruma, the Luce Professor of Democracy, Human Rights and Journalism at Bard College, says, “I grew up with none. I can’t say that I miss it. I regret my ignorance. I don’t regret not having deep religious faith. I don’t have any yearnings. The ignorance is a pity.” He did grow up exposed to much talk about anti-Semitism and about the Holocaust, which had a great impact on him.

While the book focuses on Bernard and Win, there are some interesting cameos: their son who became the internationally known film director John Schlesinger, and philosopher Franz Rosenzweig, a cousin of Win’s, who fell in love with her. When visiting relatives back in Kassel, Germany, Win inadvertently disrupted the courtship of Rosenzweig and the woman who would eventually become his wife six years later. Soon after publishing his best-known book, “The Star of Redemption,” Rosenzweig developed Lou Gehrig’s disease and died in 1929.

Buruma’s uncle John Schlesinger grew up less interested in covering up his Jewishness than his parents, and, perhaps in reaction to them, wanted to assert it. Buruma says there is much of his uncle in the character of the gay doctor in his 1971 film, “Sunday Bloody Sunday.” Dr. Daniel Hirsch is secular, gay, funny and very close with his family. The film includes a long bar mitzvah scene that Hirsch participates in as a way to “be part of the tradition, even if he cannot believe in it.” That scene is probably the closet that the filmmaker or Buruma, who got to play an extra in the scene, came to having a bar mitzvah.

Bernard continued to write letters throughout his life, including letters to Buruma. Even in his last days, he always thanked Win for being his wife. Late in their lives, she would accompany him to services at a Liberal (comparable to Reform) synagogue. He died in 1984, and she survived for another two years, still mentally sharp. They are both buried in Willesden, in Northwest London, in the United Synagogue Cemetery, now divided by a brick wall, with Orthodox Jews, including Bernard’s parents, on one side, and Bernard and Win along with their son John amid the Liberal Jews on the other side.

Ruth Schreiber’s grandparents made the wrenching decision to send two of their five children to England on a Kindertransport from Germany in late 1938. Another daughter was able to get to London a year later as a nurse in training.

Mina and Samuel Merel were poor, chasidic Jews, who lived in several villages in southern Germany before settling in Sassanfahrt. The only Jews in town, they walked to the next village for a minyan. Samuel, who was denied permission to work in the fields, worked mostly as a peddler.

Schreiber, a Jerusalem-based artist, received a copy of letters and postcards written by her grandparents between January 1939 and August 1942 to their three children in England, from a cousin. The letters — in German, with a mix of Yiddish, Hebrew and French — were rediscovered in the home of an aunt (one of the recipients) after her death. They are written with directness, nurturing and educating from afar, full of admonitions to remain religious and to behave well and with gratitude to their hosts and, as times got worse, with details and requests for help. These letters had to pass through a censor; Uncle is a code for Hitler. While the parents did not survive, all five children, including Ruth’s father, were able to reunite in 1945.

From copies of the letters, Schreiber has created masks, with 25 now on display at the Anne Frank Center. White letters are printed on black, and appear on different parts of the masks, which she cast from the faces of her son and daughter.

As Schreiber explains in an interview, making the masks seemed like a possible way “to connect with the letters in a physical, three-dimensional format. I was trying to turn them into real people. I was thinking of them speaking the letters.”

Continuing the retelling of her grandparents’ story, she also made screen prints using the letters, with four of them on display. “Brussels” includes a striking wall of buildings in the background, with piles of potatoes and onions — all that her family had to eat while they were there — up front. Copies of letters, along with photos of her grandparents are the middle ground, calling out to viewers, in shadow.

Schreiber’s grandparent kept their faith through all that they went through. She says that most members of their large extended family have remained traditionally committed to Judaism, although in different ways.