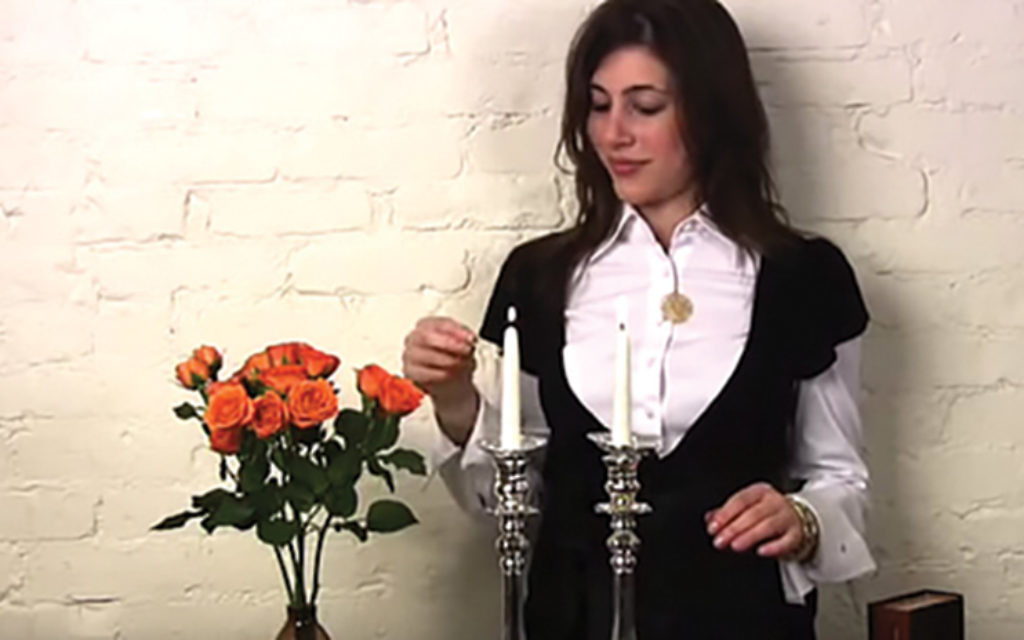 The longtime program director at Congregation Shearith Israel who is suing the synagogue for allegedly firing her for having premarital sex may be facing an uphill legal battle.

That’s the opinion of a number of legal scholars who weighed in this week on a case that touches on several thorny church-state issues.

Alana Shultz says she was fired from her position as program director of the historic Upper West Side Spanish and Portuguese Congregation Shearith Israel for being 19 weeks pregnant when she got married last June, according to the 13-page complaint filed in Manhattan Supreme Court.

“After working tirelessly at the Spanish and Portuguese Synagogue for the last 11 years I am beyond saddened they’ve forced me to file this lawsuit, which I hope will help other women avoid what they did to me during what should be a time for celebration and joy,” Shultz said in a statement. Shultz’s attorney declined to provide further information.

Shultz said she told her supervisor, Barbara Reiss, about her pregnancy before leaving for her honeymoon. Reiss congratulated her, but when the newlywed returned to work, the pulpit rabbi, Rabbi Meir Soloveichik “had his head turned to the side, looking away from her,” the complaint says.

The day she returned to work, July 21, Reiss told Shultz her position was being eliminated and her last day would be Aug. 15. When Shultz told Reiss that it would be difficult to find work while pregnant, Reiss offered Shultz a severance package of six weeks pay with no medical benefits on the condition that she agree not to take legal action against the synagogue, according to the complaint.

After she hired a lawyer, the synagogue offered Shultz her job back, the complaint said.

The synagogue, however, does not believe it has done anything wrong.

In a statement, the synagogue’s attorney, Vincent Avery said the congregation “categorically denies” that the shul discriminated against Shultz or that it fired her.

Founded in 1654 by 23 Jews of Spanish and Portuguese descent, Shearith Israel is the oldest Jewish congregation in America, according to the Modern Orthodox synagogue’s website.

Schultz has served as program director at the synagogue since 2004 and has a master’s in Jewish studies from the Jewish Theological Seminary, according to the website.

Marc Stern, general counsel at the American Jewish Committee and an expert in church-state law, said he doesn’t think Shultz’ case “has a lot of legs to stand on” because state and federal law “allows a religious organization to do basically anything in advancing its religious ideals.”

He pointed to the 2012 Supreme Court ruling that the First Amendment protected the Hosanna-Tabor Evangelical Lutheran Church’s right to fire a teacher with narcolepsy. In the unanimous decision, Justice John Roberts wrote that religious groups have the right to make staffing decisions about employees “who will personify its beliefs,” a ruling that has come to be known as the “ministerial exception.”

“The court said that the civil courts lacked authority to second-guess religious institutions for firing people with religious responsibilities,” he said.

As Shearith Israel’s program director, Shultz oversaw the synagogue’s preschool, youth and holiday programs, according to the lawsuit. She also explains how to light Shabbat candles and discusses the ritual’s significance in two videos the synagogue posted on YouTube.

There’s already a precedent of the court allowing religious institutions to fire women who violate church doctrine including cases in which workers were dismissed for having premarital sex, undergoing in vitro fertilization and getting divorced.

Shultz’s case got a lot of coverage because of the premarital sex aspect, Stern said, “but in terms of legality she has no case.”

Richard Katskee, legal director at the Americans United for Separation of Church and State, agreed, saying that the Hosanna-Tabor decision makes cases like Shultz’ “extremely hard to bring.”

Both Stern and Katskee said the case will hinge on the specifics of Shultz’ job. “It appears that she was involved in ritual function that would likely allow the synagogue to invoke the ministerial exception.”

Barak Richman, a law professor at Duke University, agreed, but said the Family Medical Leave Act might bolster Shultz’s case. “On the one hand it is central to the religious organization’s mission to hire and fire who they want. But on the other hand,” he said, if the reason for allegedly firing Shultz, was primarily economic (due to the costs of maternity leave, for example), Shultz might have a case.

“Where on that spectrum is the act?” he said. “I think that’s a key question.

Still, Douglas Laycock, a professor of law at University of Virginia, doesn’t think that Shultz has much of a case. “First, if the synagogue changed its mind and offered to keep her in the job, there is no adverse employment action for her to complain about. She would have to argue that a reasonable person would have quit because the synagogue had made continued employment intolerable.

“Second, the next question is whether she’s in a position of religious leadership. If she’s a minister, she can’t sue for discrimination. End of case. The federal Constitution fully protects the synagogue.

“And third, even if she’s not a minister, both the state law and the city’s law protect the right of a religious organization to select employees on criteria “calculated by such organization to promote the religious principles for which it is established.” So if the original decision was based on a desire to promote the synagogue’s moral teachings, that decision should be protected,” he said.

Leslie Griffin, a professor of law at University of Nevada, Las Vegas, said Shultz’ case could still be viable. “Most of the cases we have are about school teachers. She could angle herself to say that what she does is just a job, she’s not a rabbi, she has a regular job with non-religious duties.”

Marci Hamilton, chair in public law at Yeshiva University’s Cardozo School of Law and a leading U.S. church-state scholar, said, “I worry that there are a lot of people in positions who don’t know if they have rights in discrimination law or not. … When you take a job, you would know if you are capable of being discriminated against or if you would have rights.”

Shultz has since filed an amended complaint denying the shul’s claims that she still works for the congregation or collects a salary. It also noted that she is omitted from the shul’s most recent newsletter.