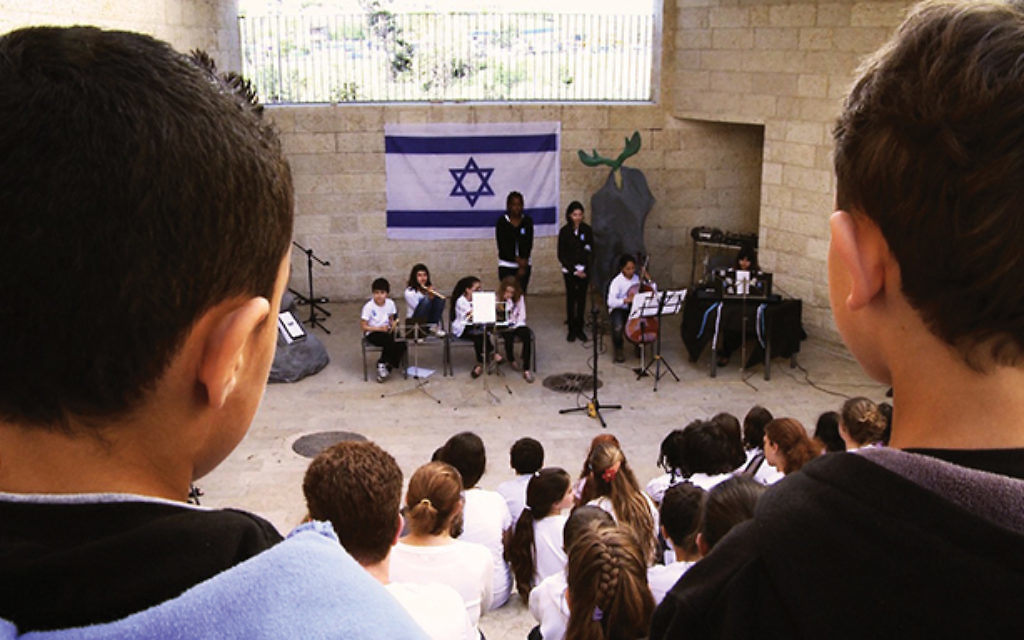 The despair hangs as thick over Jerusalem as the fog from the recent sandstorms.

That seems to be the message of Danae Elon’s new film “P.S. Jerusalem,” which has its U.S. premiere Saturday as part of the massive DOC NYC festival of non-fiction films. (For information, go to docnyc.net.)

Elon is the daughter of the acclaimed journalist and author Amos Elon, and his influence looms large in her work, never more so than in the new film, which opens with a sweet, funny clip of her filming his rarely flashed but warm smile.

He had given up hope for peace in Israel, seeing a country that had drifted so far from the ideals of Zionism that it would have been unrecognizable to its founders. And he urged his daughter, who had lived in Brooklyn for many years, not to return, particularly to Jerusalem, where she had grown up.

But homesickness exerts a powerful pull and, at the outset of this incisive but deeply dispiriting film, the younger Elon resolves to move back to Jerusalem with her husband Philip, two young sons and a third child on the way. “Jerusalem had always been my home,” she says in the film.

She hadn’t planned to make a documentary about her family and their agonizing experience of aliyah.

Speaking by telephone last week from Montreal, where they are now living, Elon said in an interview with The Jewish Week, “I thought I’d be doing a film on Jerusalem based on [“Jerusalem: Battlegrounds of Memory” my father’s] book about the city, then I realized I had nothing to contribute. He had said it all.

At the same time, she kept returning to the one anchor in her life, her family.

“I was shooting my kids and my husband and documenting what was happening to us,” she said. “I realized that the film was happening inside us.”

She kept shooting film the entire three years they lived in Jerusalem, gradually developing a dialectic that blended the changes in the city and nation with the changes in herself, her husband and her children.

After an initial burst of enthusiasm, Philip, an Algerian-French Jew, finds himself alienated by the escalating and unrelenting tensions in the city, his inability to pursue his work as a photographer and the palpable racism he encounters “with my Arab-looking face.” The two older boys are students at the Hand-in-Hand School, the city’s only Israeli-Arab joint elementary school, where they are taught in both Hebrew and Arabic; footage of their school days inadvertently reveals how difficult it is to navigate that grown-up agenda as the conflict ratchets up outside. (The school was firebombed last November by suspected Jewish extremists, after filming ended.)

In the end, the family leaves Israel discouraged by the same deeply polarized reality that drove Elon’s father out of the country in 2005. He lived the last nine years of his life in Italy; his daughter is resigned to living outside her native land. The film ends with a painful parting between Tristan, her 10-year-old, and Luai, his best friend from school, a Palestinian.

“The film ends with a tremendous amount of pessimism, in terms of the way we are used to seeing optimism in that part of the world,” Elon said. “But that [kind of optimism] keeps on feeding what really isn’t happening, a reconciliation. This ending is so painful but it has hope in it. The boys have each other as an escape from a reality that gives them no answers.”

Her own pessimism is inescapable and pervades the film.

“How many people are going to die before what is the most hopeful is going to be what really counts,” she asked. “I can’t bring up three boys in Israel today. It’s the place I love, but as a mom I cannot do that to my children.”