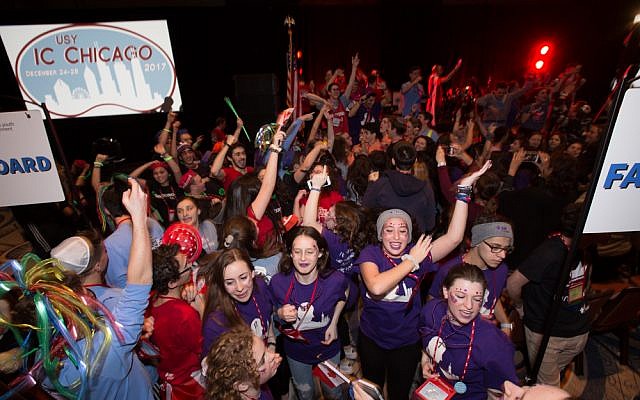 Facing financial pressures, the United Synagogue of Conservative Judaism, the movement’s congregational arm, has reportedly laid off a portion of its staff in a bid to trim its budget, The Jewish Week has learned.

Staffers at USCJ were informed shortly before Passover that layoffs would be imminent, though rumors stretched back to the beginning of the year. Decisions were communicated to individual staffers on Tuesday.

The layoffs are part of a broader strategic plan, a new Roadmap to Strategic Success and Operational Sustainability, which included measures to balance the USCJ’s operating budget. The organization will also be moving its offices and consolidating its United Synagogue Youth movement for teens into “branches” each composed of two to three regions.

The development of the plan began in January 2018, according to a letter from USCJ obtained Tuesday by The Jewish Week. The plan calls for increased collaboration between Conservative movement organizations such as the Ramah Camping Movement, JTS, and the Rabbinical Assembly, its rabbinical arm, and calls on the USCJ to “centralize operations, recruitment, finance and systems staff.”

The letter continues, “We are redefining staff positions to align job descriptions and key performance indicators with the goals set forth in the plan and, regrettably, we are reducing our employee head count as of this morning.” The USCJ did not respond to a request for comment on Tuesday.

The news comes at a time of transition for two of the Conservative movement’s largest institutions. Rabbi Steven Wernick, former CEO of USCJ, and Rabbi Julie Schonfeld, former CEO of the Rabbinical Assembly, each announced in March 2018 that they would step down from their roles the following year. USCJ has yet to name a new CEO.

This is not the first time the USCJ has faced financial troubles. In 2013, a JTA report found that the USCJ had run a deficit of $3 million in 2012 and $2.7 million in 2011. The organization had unveiled a strategic plan in 2011 after years of declining membership and revenue. At the time, a senior executive at one of the movement’s largest synagogues told JTA that United Synagogue leaders were “rearranging the chairs on the deck of the Titanic.”

The movement’s troubles have extended far beyond the financial in recent years. Controversies over intermarriage have ripped the movement apart in recent years as the Reform movement has embraced the practice, threatening the movement from the left. While the Conservative movement forbids rabbis from officiating at intermarriages, some high-profile rabbis have openly flouted the rule in protest. In October, the Rabbinical Assembly’s Committee on Jewish Law and Standards overturned a rule, instituted in 1972, forbidding Conservative rabbis from attending intermarriages