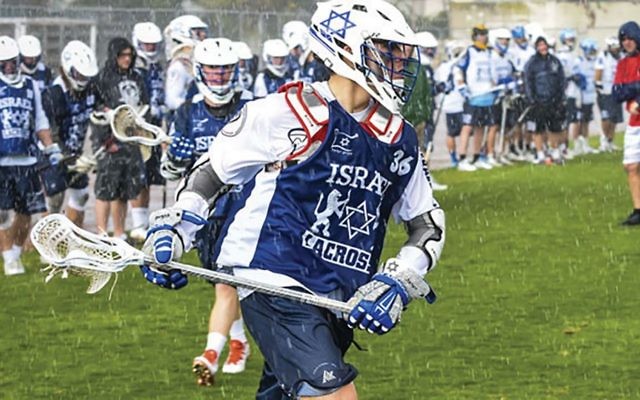 On the day after an ISIS terrorist attack at an Ariane Grande concert in Manchester, England, killed 22 people last week, an already scheduled historic announcement that indirectly involved Manchester was made in Israel.

The Federation of International Lacrosse (FIL) announced that its next Men’s World Lacrosse Championship, in 2018, would be held in Israel.

After Manchester, site of the 2010 tournament, which was to host the 2018 world championship, suddenly withdrew its offer two months ago, executives of the Israel Lacrosse Championship, launched six years ago, hastily put together an offer to host the sport’s championship, comparable to soccer and rugby’s World Cup.

It will be the first time Israel serves as host of any international athletic championship, and the 50 participating countries and more than 5,000 expected fans will comprise the largest sports competition in Israel after the quadrennial Maccabiah Games.

“This is huge,” said Scott Neiss, the Long Island native who is executive director of the Israel Lacrosse Association. He said that while lacrosse does not have the following or glamor of more-popular games like soccer or basketball, a tournament that will be covered by the international media will focus positive attention on Israel — outside of politics or terrorism.

“It’s a huge opportunity for us to showcase our country,” Neiss said in a telephone interview. “Israel is the smallest country ever to host this event,” which in its 50-year history has always taken place in North America, Europe or Australia. “We generally don’t get events like this.”

The host city will be Netanya, home of the Wingate Institute, Israel’s training facility for elite athletes.

Wingate has several professional-level lacrosse fields (110 yards by about 60 yards), said Howard Borkan, a Manhattan real estate attorney and longtime lacrosse enthusiast who sits on the executive board of the Israel Lacrosse Association.

The sport, with roots in the culture of Native Americans and Native Canadians, was introduced in Israel by immigrants from North America about a decade ago, and has rapidly gained popularity. And Israeli teams have quickly risen in international rankings.

“The sport is perfect for Israel,” Neiss added. “It’s easy to understand.” And it features aggressive play.

Neiss said the Netanya municipality has been “extremely helpful. The city helped put the bid together. They’re a true partner.” He said he hopes to get the same level of cooperation from the national government. “We haven’t connected yet,” he said.

Israel’s winning bid is a strike against the BDS (boycott, divestment and sanctions) movement that seeks to isolate Israel, Neiss and Borkan said. The fans attending the championships will create “5,000 more advocates for our country,” Neiss said.

The leaders of Israeli lacrosse assured FIL that Israel will offer sufficient protection for fans and players, Borkan said.

After last week’s terrorist attack in Manchester, “the question of security changed,” he said. Anywhere can be a terrorist’s target. “Who has done a better job with security than Israel?”