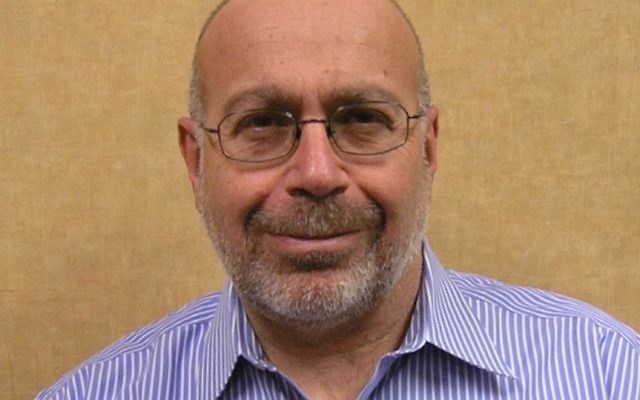 When Congress declared Labor Day a public holiday in 1894, workers had more to lament than to celebrate: an economic depression, a growing concentration of corporate wealth and power, and the brutal suppression of their unions.
A momentous national railroad strike to protest deep wage cuts and the summary firing of workers who dared to voice their grievances was ruthlessly broken with the help of the U.S. attorney general and federal troops, leaving more than 30 workers dead and the strike’s leader, Eugene Victor Debs, in jail.

Nevertheless, in those bleak times, there was something for workers in the U.S. to celebrate: a broad notion of solidarity had begun to take root, defining an injury to any one worker as an injury to all.  That solidarity, directly countering the forces that divided working people, sustained and strengthened the labor movement in the years to come.  A strong labor movement, in turn, worked to build the middle class and strengthen our democracy.   This resonated with the Jewish communities of the day, largely immigrants and children of immigrants who knew what communal solidarity and mutual aid were all about.  And it was no accident that Jewish workers were among the ranks of the U.S. labor movement.

Jewish labor activists made a lasting impression on the development of the U.S. labor movement, from the International Ladies’ Garment Workers’ Union, the Amalgamated Clothing Workers of America, the American Federation of Teachers, and to my own union, the Retail, Wholesale and Department Store Union.

On this Labor Day, U.S. workers once again face hard times: persistent high unemployment and a concentration of wealth and economic power not seen since the 19th century.  The Jewish community, of course, is not immune to the toll it has taken in communities across the country – just ask anyone working at a Jewish federation’s Jewish Family Service or Jewish Vocational Service.

And this growing inequality, not surprisingly, has coincided with organized labor’s decline. Today, the country’s union membership rate is under 12 percent, the lowest in more than 70 years.  But that trend is not driven by the hostility of workers toward unions — in poll after poll a majority of nonunion workers say they would like to join a union if they could — but rather by hostility of some employers and state and local governments.
Since the 2010 midterm elections, legislatures in dozens of states including Indiana, Ohio, and Wisconsin have moved to eviscerate collective bargaining rights, pass so-called “right-to-work” laws, or make it more difficult for unions to collect dues.  Anti-labor politicians, pundits, conservative foundations and other ideologues cynically use the economic downturn to scapegoat workers and their unions.  These attacks serve to reinforce the increasing concentration of wealth, diminish the flow of purchasing power needed to revive the economy, and deny workers a voice in their workplaces.  Anti-labor forces in Michigan are even attempting to deny voters the opportunity to enshrine the right to collective bargaining in their state constitution.

As the unions that represent working men and women are systematically crippled, the corporate money that has flowed untrammeled into American politics since the Supreme Court’s 2010 Citizens United decision gives the wealthy more influence than ever over public policy and legislation.

This is not the country that most of us want, nor does it comport with the justice that our Jewish traditions teach us to pursue. That is why an overwhelming majority of delegates to this year’s annual plenum of the Jewish Council for Public Affairs passed a resolution strongly supporting collective bargaining rights in the public as well as the private sector. As the resolution reminds us, “religious commandments in the Torah and Talmud relating to the employment of workers are imbued with respect for labor rights.”

Ki Teitzei, the Torah portion read in congregations around the world the Shabbat before Labor Day this year, commands employers to be fair and honest in their dealings with employees (Deuteronomy 24:14-15), and it obligates Jews to practice mutual aid (Deuteronomy 22:1-4).  The massive protests in defense of workers’ rights in Ohio, Wisconsin, and elsewhere in the past two years prove that we are stronger together than any one of us is on his or her own. On this Labor Day, let us rededicate ourselves to rebuilding the broad solidarity that has always been the foundation for a fair, decent, and strong society.