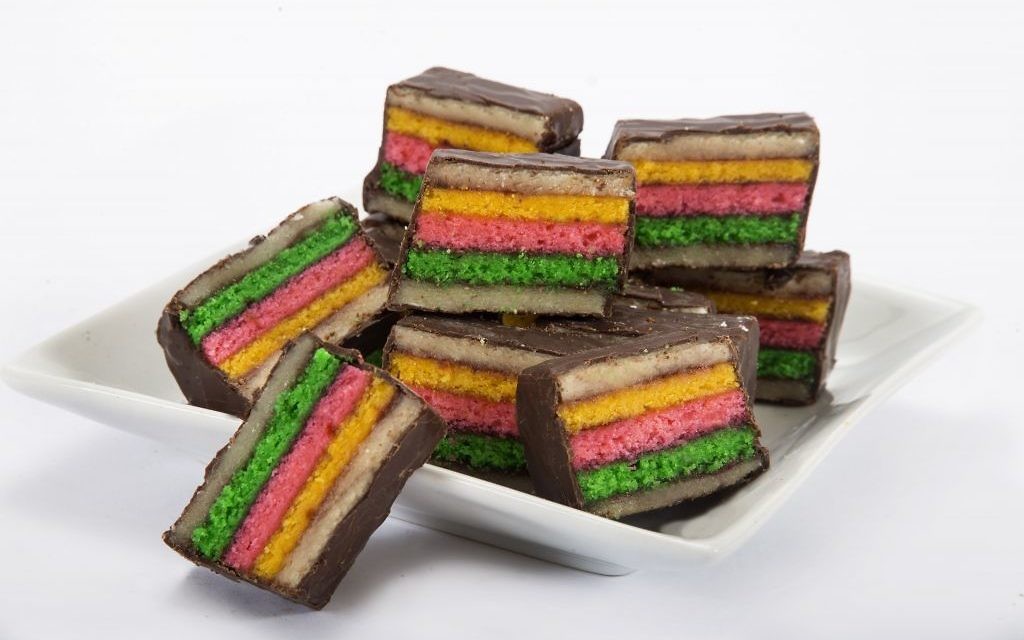 Challah Connection offers gift baskets of kosher goodies for a variety of occasions, including Jewish holidays, birthdays, and shiva calls. Shortly after learning of the Obergefell v. Hodges verdict, Moritz and her team advertised rainbow cookies on the website’s front page with the message “Never had these treasured cookies had such meaning,” a message some kosher-keeping customers didn’t appreciate.

“Within moments I got one, and then within an hour I got 2 more what I call ‘hate emails,'” Moritz tells The Jewish Week. “Literally, hate emails. People saying what was wrong with me, how could I be a Jew, how could I be supporting gay marriage, saying that they were never going to order from my company again and they were going to make sure that no one else ordered from my company again.”

The incident foils that of an Oregon bakery refusing to make a wedding cake for a lesbian couple in 2013, resulting in a lawsuit that found Sweet Cakes by Melissa liable for $135,000 worth of damages. Then again, Moritz encountered similar expressions of discontent nearly 10 years ago, when she advertised orange and black cookies in October.

“There were some people very offended that I was talking about Halloween,” she says.

After some “soul searching” about how she should react, Moritz responded politely, but firmly. On a Yeshiva World News message board thread entitled “Challah Connection Supports Toeiva Marriage,” a user identified only as “feivel” reposted Moritz’s reply to his complaint, which Moritz confirms.

“If that's the case, so be it,” she wrote. “We stand firm in the Jewish values that implore upon us to show compassion and kindness to all beings.”

Moritz ultimately kept the rainbow cookies on the Challah Connection’s home page along with “Buy Now” inside a rainbow heart, but removed the accompanying message as a compromise.

“I’m not sorry that I did this,” she says. “I’m proud, to be honest. We’re a celebration of Judaism, a [touchstone] for Jews and non-Jews to find out more about Judaism and connect with their own Judaism. I hear a lot of stories about people’s Judaism, and I do not make judgments about what they do, what they don’t do. It’s not my place and I don’t think it’s any of our places.”

Moritz’s own story is as colorful as the cookies she sells. Half Ashkenazi and half Sephardic, she was raised in a Conservative household, had a bat mitzvah in an Orthodox synagogue, and continues to observe Jewish holidays “in my own soulful, creative ways” while running a Jewish business and raising her 3 sons to be mindful of their Jewish identities.

Despite the vitriol of the initial messages she received, Moritz says conversations on social media have been more supportive, with Facebook comments such as “Cookies should be available to all people, not just some,” and “This world needs more tolerance, not less. Kudos Challah Connection.”

And despite the kerfuffle, “We did get a lot of orders for rainbow cookies.”