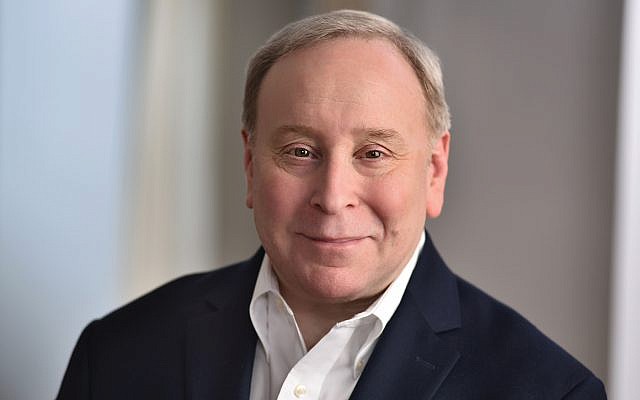 If the Genesis Prize was hoping for more media attention for its annual awards ceremony this year, that’s exactly what it got. By sticking with its selection of New England Patriots owner/philanthropist Robert Kraft as this year’s winner of the award dubbed the “Jewish Nobel Prize,” the Genesis committee ensured that its event held this month in Israel got more publicity than they dreamed of, albeit not entirely of the type they wanted.

Kraft, whose extraordinary generosity to Jewish causes and devotion to Israel is well-known, deserves the applause. But after being charged by Florida authorities for paying for sex in connection with a sting operation aimed at halting a prostitution ring over the winter, he has also become fodder for tabloid gossip.

Kraft’s popularity caused those involved with Genesis to ignore concerns about tarnishing it. And after a judge dropped the charges due to the police bungling the case, he received the award with few in Israel bringing up the scandal.

There are two key questions this kerfuffle raises.

The first concerns whether the annual exercise of selecting a Jewish celebrity to be honored in this fashion does the community much good, no matter who is getting the award.

But a more important issue is one that touches on how we should treat those who do good deeds, but may also be accused of wrongdoing.

Of the half dozen who have gotten the Genesis Prize since it was initiated, perhaps only violinist Yitzhak Perlman, an inspirational as well as beloved performer, set the right tone. Embracing either the celebrity formula, like actors Natalie Portman or Michael Douglas or the big-giver model, such as billionaire and former New York City Mayor Michael Bloomberg, each provides its own set of pitfalls.

The Jewish world didn’t need one more vehicle for celebrating the rich and famous. Charitable groups already spend too much time kowtowing to the whims and the craving for recognition of such people.

If we gave as much publicity to honoring an exemplary Jewish teacher or an organization that does great good as we do to a “Jewish Nobel” that is driven more by fame than good deeds, we might do more to inspire Jewish youth who tend to regard the organized Jewish world with justified cynicism.

But I also find myself just as concerned with the impulse of organizations to shame wealthy donors as I am with the way they suck up to them. In the current atmosphere of media feeding frenzies in which those accused of doing or saying something wrong are often driven from public life without a fair hearing let alone mercy, the impulse to put charitable individuals in the stocks raises a different set of problems.

One example is the way the Sackler family — who are connected to a company whose marketing practices are blamed for the opioid addition crisis — is being shunned by museums and other charities they’ve supported.

Jewish philanthropist Michael Steinhardt is also finding some doors closed to him after accusations of personal misconduct published by The Jewish Week and The New York Times.

Others want charities to turn down money from those who give to President Donald Trump or other conservative causes. Indeed, author Anand Giridharas wrote recently in The Times to advocate similar treatment for Mark Zuckerberg because he blames Facebook for Trump winning the 2016 election.

But it won’t stop with scandals and politics. As Giridharas made clear, Coca-Cola and Pepsi shareholders should also be off-limits for charities because they profit from unhealthy products.

In a country where virtue signaling is becoming our national pastime, there is no end to the list of “public enemies” whose money will soon be considered tainted.

The trouble with this is not just that not all of these accusations are fair or sufficient to justify the penalties imposed. It’s that if all charities were to turn down money from anyone with a blot of some sort on their record, most would soon shut down. Indeed, where would so many of America’s great institutions be without the money of robber barons like John D. Rockefeller and Andrew Carnegie? Allowing people to do good with their money, however they earned it, makes sense, especially if it doesn’t come with a requirement to treat them as charitable demigods.

As much as Jewish groups need to rethink their slavish attitudes to some big givers, it’s no less important that they resist the urge to burn some of them at the stake so as to demonstrate their purity and virtue.

Jonathan S. Tobin is editor in chief of JNS.org and a contributor to National Review. Follow him on Twitter at: @jonathans_tobin.