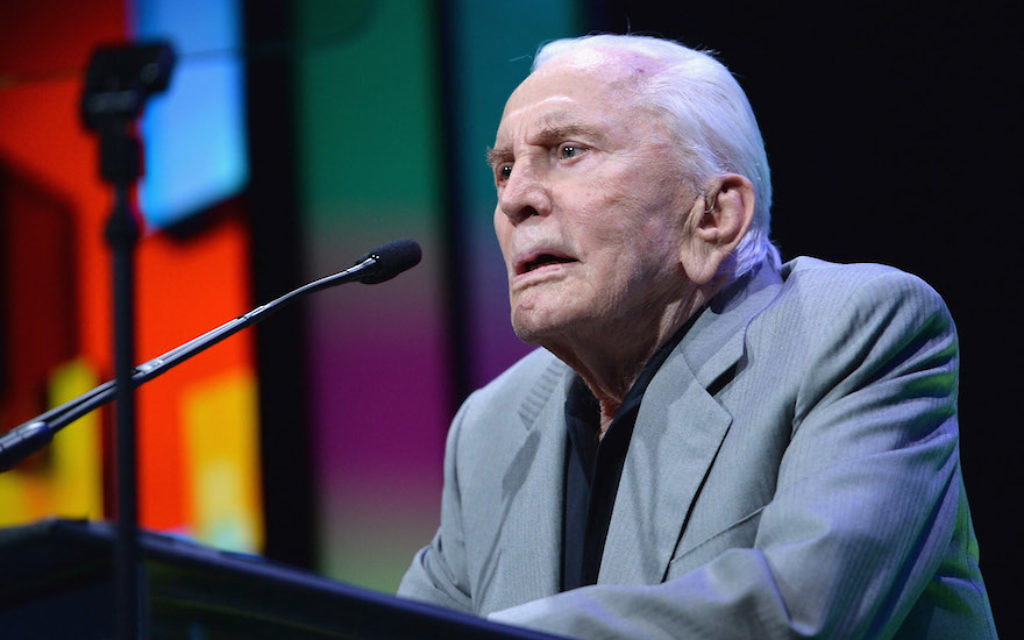 Actor Kirk Douglas and his wife, Anne, announced plans to donate $80 million in new gifts to an array of charitable causes.

In a Hollywood Reporter interview published Monday, Douglas, 98, said major beneficiaries will include Children’s Hospital Los Angeles and the Motion Picture & Television Fund. The two already have donated millions of dollars through their Douglas Charitable Foundation.

While most of the beneficiaries are secular organizations, the couple also is donating to the Sinai Temple of Los Angeles, which houses the Kirk and Anne Douglas Childhood Center.

Douglas is Jewish and the father of Hollywood actor Michael Douglas, who this year won the $1 million Genesis Prize.

In the interview, Douglas recalled his modest childhood as the son of Russian immigrants.

“Sometimes we didn’t have enough to eat, but very often there would be a knock at the door and it would be a hobo wanting food, and my mother always gave them something,” he recalled. “My mother said to me, ‘You must take care of other people.’ That stayed with me.”

In 2013, the most recent year for which tax information is available, the Douglas Foundation gave away more than $2 million in grants. Jewish beneficiaries included Jewish Family Service, Chabad’s Children of Chernobyl and the Anti-Defamation League.