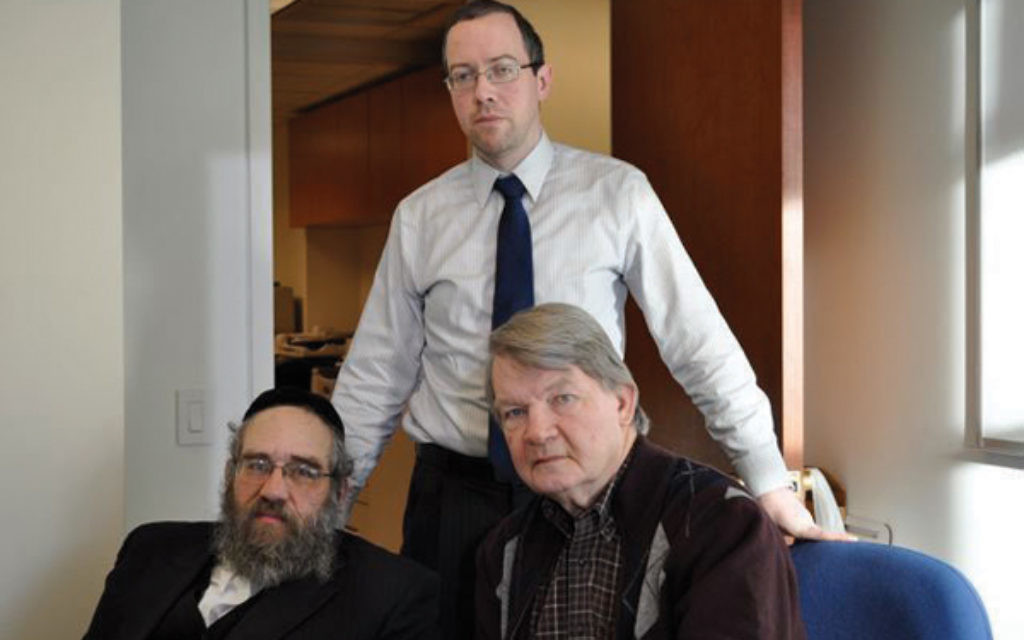 On the eve of convicted child molester Baruch Lebovits’ sentencing, a lawyer for Sam Kellner is asking both the judge and probation officer to consider Lebovits’ other alleged victims as well as alleged witness intimidation, tampering and perjury committed by Lebovits’ associates in connection with both his and Kellner’s prosecutions.

In separate letters, the lawyer, Niall MacGiollabhui, cites “well-established” case law that allows the court to consider not only prior offenses for which a defendant was convicted, but also those for which he has not been convicted.

“Once [this information is] considered,” MacGiollabhui writes, “I submit [that the court] will find that the currently promised sentence is woefully inadequate.”

Lebovits has pleaded guilty to felony sex abuse charges and is expected to be sentenced on July 9 to two years in prison; with credit for time served and good behavior he is expected to serve only several months. Legal observers say it is extremely rare that a judge would adjust the sentence based on such a pleading.

Kellner was charged in 2010 with paying a young man, referred to in court documents as MT, to fabricate abuse claims against Lebovits and attempting to extort the Lebovits family through emissaries. However, the case against him was dismissed in March after a reinvestigation by the new Brooklyn district attorney, Ken Thompson, found that the witnesses lacked credibility.

Kellner’s lawyers have long alleged that his prosecution was the product of collusion between Lebovits’ defense attorneys and members of former Brooklyn DA Charles Hynes’ staff. Their goal, they say, was to get Lebovits off the hook after his initial conviction on sex abuse charges involving another victim, YR, was reversed because of a prosecutor’s error. At the time Kellner’s case was dismissed, Lebovits was facing a re-trial on felony allegations for his abuse of YR.

In letters to the Lebovits judge and probation officer, MacGiollabhui outlines evidence that indicates that MT was in fact a genuine victim of Lebovits who was intimidated into backing out of testifying against him and manipulated into falsely accusing Kellner. The letters were on behalf of Kellner’s son — also an alleged Lebovits victim whose case was dropped because of the now-discredited investigation of his father. Kellner’s attorney also quotes a newspaper report in which a law enforcement source described Lebovits’ initial conviction as “the tip of the iceberg” and noted that after his first trial, additional time-barred victims had come forward to the district attorney.

MacGiollabhui also makes reference to YR being “paid off” by Lebovits and his associates on the eve of the re-trial. (The district attorney has confirmed that YR did in fact enter into a financial settlement regarding his abuse by Lebovits.) MacGiollabhui calls it “another blatant example of the relentless manipulation by Baruch Lebovits of his victims.”

In the letter to the probation officer, MacGiollabhui describes what he calls “a final, desperate attempt” by Lebovits to keep the case against Sam Kellner “afloat” by apparently inducing yet another of his alleged victims to claim that he had exaggerated his abuse at Kellner’s urging. In support of this claim, MacGiollabhui describes a conversation he had with this other alleged victim, BD — himself a registered sex offender — earlier this year while the case against Kellner was still pending.

BD, who had reported his abuse by Lebovits to the police six years ago, had initially disclosed acts that are classified by the law as felonies (because the young man’s case was beyond the statute of limitations it could not be prosecuted). However, earlier this year, BD “suddenly emerged to claim” that his abuse constituted only misdemeanors, MacGiollabhui wrote.

The downgrading of BD’s allegations is significant, according to the letter, because at the time, Lebovits’ attorneys were arguing that the charges brought by YR had also been exaggerated and were actually misdemeanors and thus time-barred by the statute of limitations. Presumably, the hope was that BD’s changed story would have bolstered the defense’s argument that Lebovits was the victim of false allegations and attempted extortion orchestrated by Kellner.

However, according to the letter, when MacGiollabhui asked BD “what he meant by ‘misdemeanors’ — the term he kept repeating — he said ‘touching.’ However, when I pressed him, he conceded that the offenses had gone far beyond touching, and included multiple acts similar to those perpetrated by Lebovits upon YR [whose allegations included oral sodomy].”

When contacted by The Jewish Week, BD said he could not speak without a lawyer, though he did not provide the name of one to the paper.

“The difficulty for [BD] was following a script that wasn’t properly explained to him,” MacGiollabhui writes, adding that “[t]he problem for Baruch Lebovits is that, having so thoroughly ruined the lives of the children he abused, no matter how badly they are later manipulated by him and his associates, the truth always tumbles out.”

MacGiollabhui also writes that the “DA is conducting investigations into intimidation and bribery of victims by Baruch Lebovits and his associates, and into the corruption of the criminal justice process that led to the prosecution of Sam Kellner and the dismissal of [his son’s case] against Lebovits.”

When asked whether the office is in fact investigating these allegations, a spokesperson for the district attorney declined to comment.

An email to Lebovits attorney Arthur Aidala seeking comment on these claims about BD and the letters in general did not receive a reply by press time.

In his letter to the judge, MacGiollabhui concluded: “This case does not merely implicate the interests of Lebovits and the remaining complainant.

“It implicates the interests of society. Society has an interest in making sure that the sentence imposed on a serial predator and rapist of children follows due consideration of all relevant circumstances. Society has a further interest in making sure that such a person is not allowed to abuse another child. … Releasing [Lebovits] back into the community it a few short months, flush with his evasion of justice, carries grave risks for the children of my client’s community. Their futures are not to be gambled with.”