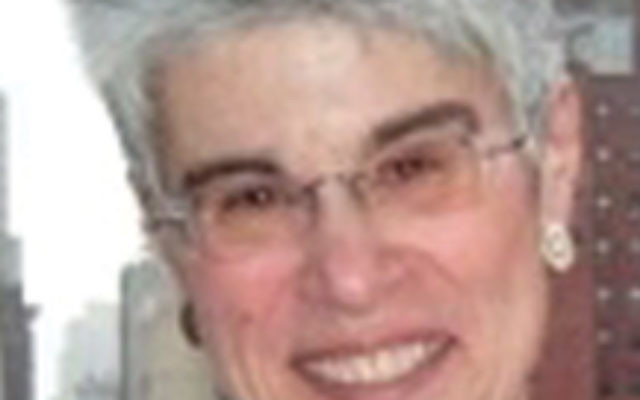 We are worried that many of our young Jews are drifting away. They do not show up at our synagogues, nor do they seem Jewishly active or involved. We wring our hands in despair. To counteract this exit, I founded Ohel Ayalah in 2004. This project runs free, walk-in High Holiday services aimed at Jews in their 20s and 30s.

The underlying philosophy of Ohel Ayalah, named in memory of my mother, is to make High Holiday services engaging, intelligent, meaningful and, at the same time, traditional. How do we do that? We gather a lot of young people together in a large room. We have no raised bima, no fancy cantorial pieces and no extra-long services. As the rabbi, I intersperse nuggets of Jewish wisdom in between the chanting of the prayers. Crucially important, I ask people to talk to each other during the service. I tell them that Jewish services should have a buzz, not a silence. To make that happen, I push people to meet each other. For instance, on Kol Nidrei night I ask them to tell each other something they regret doing in the past year so that they can experience some Jewish guilt. Or I pose questions about the Torah portion and ask them to discuss. “Breaks” like these encourage connection. As for “traditional,” we keep the main parts of the service intact and chant them in Hebrew, the language of the Jewish people.

Here are some statistics: this year, on Kol Nidrei night, 1,250 people, mainly young, came to an Ohel Ayalah service in one of three boroughs—Manhattan, Brooklyn or Queens. The next morning 575 people showed up for services in Manhattan alone (close to 1,000 total at all three venues). These large numbers indicate that we are meeting a need.

Who are these young people? Some have a good Jewish education but when living in a big city away from home are not interested in joining a synagogue with its focus on families. Some have drifted away from their Judaism but will still show up on the High Holidays — but not to a synagogue. Some are seekers, looking to try something different from how they were raised. Some are Jews who are dating non-Jews and suspect they would not be welcome at a synagogue but want to introduce Judaism to their non-Jewish partner. Some are in the process of converting to Judaism.

What kind of response do I hear from these young people? That they liked having a knowledgeable but informal, unscripted rabbi; that they liked keeping services short; that they loved seeing people their age fill the seats and take parts up front, such as having an aliyah to the Torah; that they loved that Ohel Ayalah is a pop-up synagogue without membership demands; and that Ohel Ayalah is not a pay-to-pray service, a concept they find offensive; that they appreciate that the services are walk-in with no need to make a reservation. One young woman told me that on the first day of Rosh HaShanah at 10:30 a.m. she realized she wanted to be with other Jews and found Ohel Ayalah on the Internet. We welcomed her.

Why free? Some people criticize me for not charging for High Holiday services. They say that young people these days feel too entitled and think that everything Jewish should be offered to them without charge. They should therefore be asked to pay, say the critics. I disagree. There is no denying that synagogues need to raise money to defray the costs of clergy and staff, of maintaining the synagogue building and so on. But if we want to keep young Jews Jewish, we should not put any obstacle in the path of their showing up at High Holiday services. The best way to get them there is to run the service just for them on a free, walk-in basis. In every metropolitan area where there is a considerable number of young Jews, one venue should be designated as a place for them on the High Holidays. If we can keep these young people connected to the Jewish community in their years between college and settling down, we will have a greater chance of getting them involved in the Jewish community later on. A sign of success of Ohel Ayalah would be if these young people, some day in the future, start their own free, walk-in services for the generation after them.

My message is simple. If young Jews find that our synagogues do not speak to them, let’s offer them Jewish “events” not in a synagogue setting. The Ohel Ayalah experiment can be easily replicated. But it will take funding, it will take planning and it requires hiring the right rabbis. I am personally willing to advise a community that is interested in launching this kind of program. It is time to stop agonizing and start acting.

Rabbi Judith Hauptman, the founder of Ohel Ayalah, is professor of Talmud and rabbinic culture at the Jewish Theological Seminary.