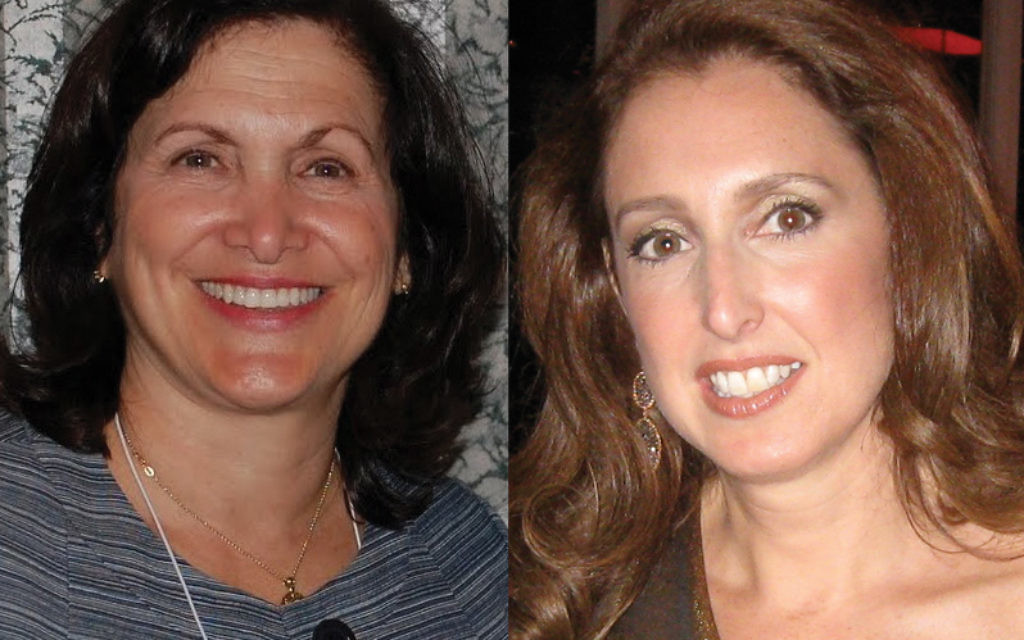 They are leaning in — to Reform Jewish life, that is.

At a time when flexibility and responsiveness to a rapidly changing institutional landscape are key job requirements, two of the county’s largest and most influential Reform synagogues have tapped women to lead them.

Helene Kener Gray, president of Westchester Reform Temple in Scarsdale, and Lisa P. Davis, president of Temple Beth El of Northern Westchester in Chappaqua, both have extensive backgrounds in the volunteer world, as well as in the professional one. And both were formed by their undergraduate educations at Barnard College, which has a unique track record in developing women leaders.

Gray, who has a professional background in marketing and public relations, plans to focus in large part on member recruitment. “We really have to do a better job of communicating the benefits of membership,” she said. “They can stream services [online] for free, so we have to make people feel that we value you, we want to engage you.”

Fortunately she comes to the position with the right experience to make it happen: Gray has chaired her synagogue’s Religious School board, served on the rabbinic search committee and early childhood center task force and was the executive vice president of the board of trustees.

Some of the changes Westchester Reform Temple has recently instituted are shorter class times in the religious school, free synagogue membership to the families with children in the nursery school and providing a “bagels and babies” program, specifically targeting fathers. There are also other entry points to participation, such as a Shoah awareness committee and programs geared towards empty nesters and those interested in social action efforts.

Gray, the mother of three school-age sons, recognizes that “services are not what’s keeping them. What motivates people is the Jewish experience. Learning Torah is sweet. We make it easy. … We’re flexible, and offer so many ways to share Shabbat.”

This is a personal mission for Gray. The daughter of two Holocaust survivors, Gray was raised in an Orthodox home and attended Yeshivah of Flatbush before Barnard. In addition to her synagogue work, she is also chair of the Associates Division of the Board of Overseers at the Museum of Jewish Heritage.

“Every Friday night I say to my sons, ‘This is a noble heritage, guard it closely,’” she said.

“My message at the High Holidays was to rethink the answer to ‘Where do you belong?’ Westchester Reform Temple belongs to you. You own it, you be part of it — be engaged in the community. I want to get more people engaged and see the value of membership. It will only enrich you. I give a lot, but I get a lot.”

Over at Temple Beth-El of Northern Westchester, Davis comes to her position with similar goals. She sees one of her key roles as “keeping people connected, and doing a better job to make people feel they’re an integral part of the community.”

There are some specific challenges to her freshman year in the role. The lingering effects of the 2008 economic downturn are still being felt in Chappaqua. It’s an affluent community, but many families are still struggling.

“A lot of people are not making the income they had before, so the contribution per person is down a bit,” she said.

Davis is the executive director of the Westchester-Putnam School Boards Association and the mother of three adult children. Her past organizational experience includes serving on the synagogue’s demographics and building committees, chairing the Chappaqua Board of Education and a stint as a Barnard trustee.

This experience, she said, has given her an opportunity to develop specific skills. “I’m inclusive, a team builder and about empowering people, engaging people and being open and transparent, which are things people felt we needed more of,” she said.

With the 570-member congregation currently in transition — there is a new cantor, a new rabbi educator and an ongoing search for a new rabbi — Davis sees possibilities.

“We’re in a transitional, pivotal time, which is a great opportunity to continue to be relevant to joiners,” said “It’s an interesting time, with complicated issues. At the end of the day, the existence of the local synagogue, with shared experiences, shared traditions, and shared values and goals — you wouldn’t want to see that disappear.”

While life cycle events and Hebrew school are undoubtedly key connectors for synagogue membership, the synagogue also focuses on adult education and lifelong learning to attract those who are long past Hebrew school carpools. Another group, Sarah’s Circle, offers a women’s group aimed at younger members, and there are also opportunities for Friday morning meditation, knitting and yoga.

The temple also reaches out to non-Jewish communities. One of Temple Beth-El’s particular strengths is local interfaith work, especially with the Baptist and Northern Westchester Muslim communities.

The outreach has had an impact. The Sunday school kindergarten-first grade program has doubled this academic year and Friday evening Tot Shabbats fill the space.

“We want people to have a sense of ownership,” she said. “That’s a priority for us. It has to be a place where people really feel they want to be.”