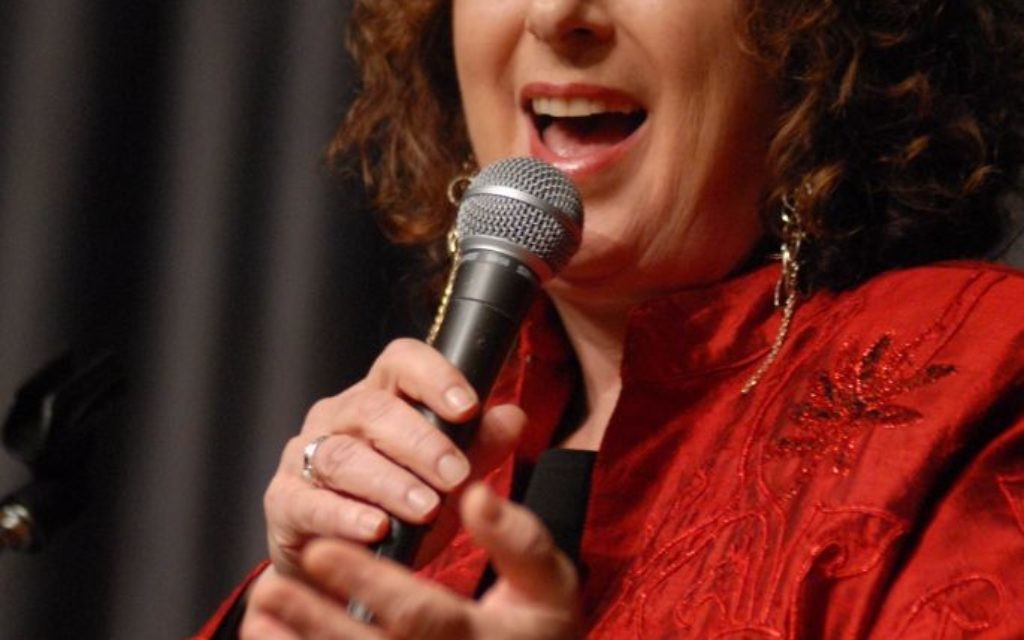 Sometimes you just have to drop everything else and do what’s right.

Frank London always has a busy schedule. Between the Klezmatics and his numerous side projects (the most recent being a Latin jazz-Jewish fusion essay with Arturo O’Farrill), there is never a convenient time for London to be interrupted.

Michael Winograd has a new CD being released this month with launch gigs in Boston and Brooklyn. December 2012 is not a rest period for him.

But it is the first yahrtzeit of Adrienne Cooper, an event that demands proper commemoration and, as much as possible, London and Winograd dropped everything to create a tribute concert for Cooper that should be as memorable a gathering of Jewish music heavyweights as has been seen in New York City in a long time. The event will take place on Saturday night, Dec. 22.

“This is the most important thing right now for me,” London said in a telephone interview last week. “It is intense. Not only are we all super-busy people, it’s also very emotional.”

This not merely a community saying goodbye to a colleague. There are musicians working on this event who had a close personal relationship with Cooper, a central figure in the Yiddish revival that began in the 1970s and continues to this day.

For some, the relationship couldn’t be closer.

As London pointed out, “Marilyn Lerner is writing arrangements for her partner, Sarah Gordon is preparing to sing for her mother. It’s not that we’re trying to turn off the emotions, but it’s tough.”

Of course, London is not carrying the load by himself, as he quickly pointed out.

“It’s a tremendous amount of work,” he said. “It would have been totally impossible if there weren’t this amazing sharing of responsibility, me and Michael [Winograd] and Marilyn and Sarah on the musical side, and Go Productions, and Moshe

Rosenfeld and Golden Land [Productions] on the production side, and the support of the Workmen’s Circle. Without all of that, it just wouldn’t happen.”

Winograd explained, “There’s a lot of logistics in putting together a concert like this. I knew this going in, but I’ve never done anything on this scale. Having Frank makes it all possible. Frank London is a genius and he knows how to do this very well.”

The hard part, not surprisingly, is the toll it takes on people’s emotions, Winograd said.

“It’s a grieving experience, and you’re working with so many people who are emotionally invested on their own,” he noted. “It requires a lot of time and patience.”

Yet, as anyone who knew Adrienne Cooper would have predicted, the experience of putting the show together in her honor has “brought out the best in people,” Winograd added.

“Every person [participating in the concert] has a personal connection to her,” London said, “A literal personal connection. Every time we issued a list of who was performing it was outdated within hours. Hankus Netsky is coming down [from Boston], many people are coming in from Europe.”

For London one of the most rewarding aspects of doing the event has been learning about the Adrienne he never knew.

“I don’t even remember how or when we met, but a lot of the people I’ve been talking to knew her before I got to New York,” he said. “Talking to Josh Waletzky and Sam Norich and Yale Strom, they all remember her as Chana, which I didn’t even know. There she is working at YIVO, technically as the assistant, but she was really running the Weinrich Institute. Her first recordings, for the Circle [Workmen’s Circle], were of some tunes of Josh’s.”

Waletzky will probably perform one of those songs at the event.

Before last December, if London or Winograd — or, well, anyone in the Jewish community — needed a Yiddish-related question answered, he or she would call Adrienne.

“It could be anything from the musical to the historical to the linguistic, from the personal to the political,” London recalled.

That’s not an option, now. Instead it is a reminder of how much the Yiddish world lost.

The effort to do her justice takes an entire community, gathered on-stage at the Kaye Playhouse. It will be an impressive community, to say the least, including Lerner, Gordon, the Klezmatics, Eleanor Reissa, Zalmen Mlotek, Michael Alpert, Basya Schechter, SoCalled, Shura Lipovsky, Psoy Korolenko, Theresa Tova and Daniel Kahn; authors Michael Wex, Jenny Romaine, Jeffrey Shandler and Michael Cooper, and many more. London and Winograd will lead a 40-piece orchestra and chorus that will include some of the finest klezmer musicians on the planet.

“When we walk in the room, it won’t be ‘who are you,’” London asserted. “We have a common aesthetic, we all know Adrienne’s songs. We all played with her.”

It’s worth dropping everything for a feeling like that.