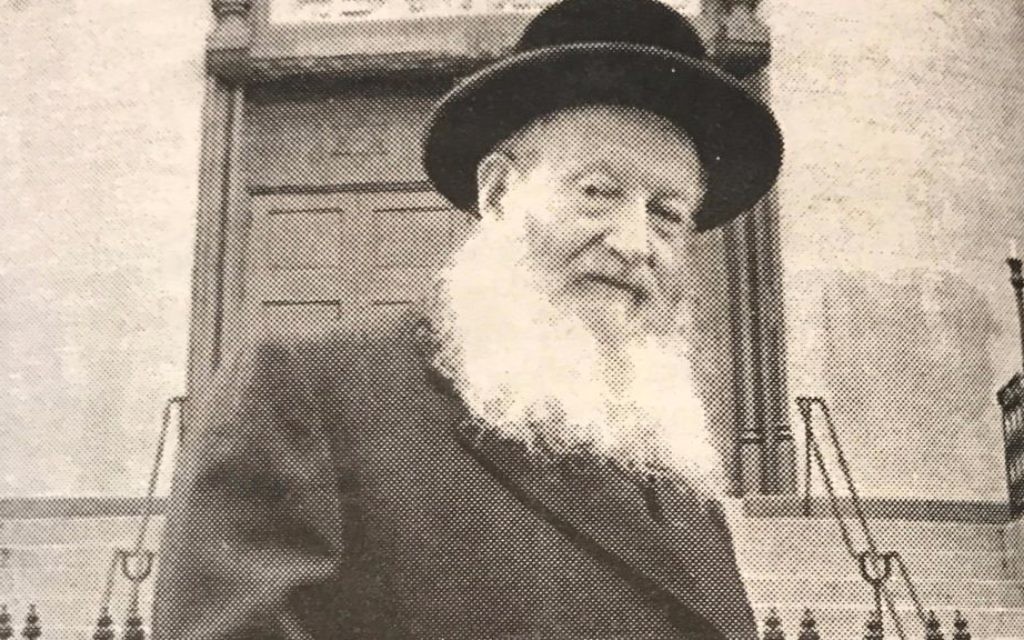 Note: This article appeared in November 1994. We reprint it here in light of the fire yesterday at Beth Hamedrash Hagodol. Rabbi Oshry died in 2003 at 89.

As a young man living in Lithuania’s Kovno ghetto during World War II, Rabbi Ephraim Oshry recorded the names of every yeshiva student he met and the halachic questions people asked him on fragments torn from paper sacks. He put these fragments of paper into tin cans, dug holes for hiding places and, after the liberation of the ghetto in 1944, recovered his treasure.

Today, Rabbi Oshry is trying to save a different part of Jewish history—his shul, Beth Hamedrash Hagodol, located on Norfolk Street on the Lower East Side.

Seated in his book-crammed study, Rabbi Oshry, 80, with a black robe and flowing white beard, personifies the style and substances of his synagogue.

“Same shul in Kovno, same shul here, nothing has changed,” he says. “If someone wants to see what a shul was like [in Eastern Europe], they come here.”

The interior of the Beth Hamedrash Hagadol synagogue in the LES.Wikimedia Commons

The 142-year-old synagogue has witnessed the comings and goings of a mere five rabbis. Rabbi Oshry took over in 1950, after opening a yeshiva and mikveh in postwar Rome and serving as a rabbi of a Montreal yeshiva. In those days, the shul stayed open from 3 in the morning until 11 at night. “There was minyan after minyan,” says Rabbi Oshry, recalling a Lower East Side packed with observant Jews.

Today, with approximately a dozen members, the shul barely assembles a daily minyan in the basement. The 895-seat sanctuary, opened only for the High Holy Days, is in a state of disrepair, with a cracked window pane, partially collapsed ceiling and striking murals of the land of Israel needing a fresh coat of paint.

“It’s a struggle,” acknowledges Murray Freilich, treasurer of Beth Hamedrash Hagodol. “If 20 people come on a Saturday, that’s a lot.”

As treasurer, Freilich religiously sends out letters several times a year asking for donations. “the little that comes in … we can carry through,” he says.

Born on the Lower East Side, Freilich remembers when “all the Jews lived on Norfolk Street.” No longer, he says, pointing to the apartment buildings almost exclusively populated by Asian-American families. Surrendering to the changes in Lower East demographics, however, is not an option for Freilich. “I’d like to see this shul exist another 140 years,” he says. 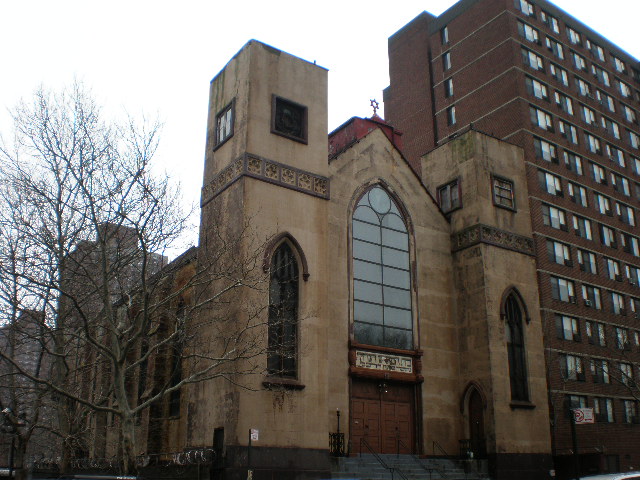 The Beth Hamedrash Hagadol synagogue in the LES. Wikimedia Commons

So would Jeffery Shapiro, a Manhattan attorney who has come “semi-regularly” to Beth Hamedrash Hagodol for the past several months. The shul “is a living link with the world of my grandparents,” says Shapiro.

“You can’t get much closer to the original, living tradition,” he adds, referring to Rabbi Oshry.

In a world abounding with Holocaust stories, Rabbi Oshry wonders why more people have not heard his story of survival—how his hidden tin cans became a five-volume book titled “Responsa from the Holocaust.” In the editor’s foreword to Rabbi Irving J. Rosenbaum’s book “The Holocaust And Halakhah,” Rabbi Norman Lamm, president of Yeshiva University, called Rabbi Oshry’s book “the most voluminous and wide ranging of all” the works on this subject.

By day, Rabbi Oshry worked in the Kovno ghetto bathhouse as “head of the delousing sanitation department.” He would put people’s clothing in a 150-degree oven, giving them temporary relief from the “terrible lice.” But every night, “I learned in the ghetto and people would ask me questions,” says Rabbi Oshry, adding that he would have to answer most of the queries from his memory of Jewish law and commentary.

Some of the questions: Could the mitzvah of lighting Shabbat candles be fulfilled by turning on an electric light? May a person save himself by causing the death of a fellow Jew? Should one stop saying the blessing that thanks God “who has not made me a slave?” Can women prostituted by the Germans return to live with their husbands?

The author James Michener fictionalized the issue of women serving as prostitutes in his book “The Source.” In his acknowledgements, he credited Rabbi Oshry as the inspiration for the chapter “Rabbi Itzik and the Sabra.”

“I didn’t give my permission,” Rabbi Oshry says, “but the lawyer says I can’t go to court, too much money. What can I do?”

Dismissing further questions about his past, Rabbi Oshry would rather talk about his shul. “This shul tells history, how immigrants lived,” he says.

Founded in 1852 by Rabbi Abraham Joseph Ash, Rabbi Oshry’s synagogue, then known as Beth Hamedrash, “is the oldest Russian-Orthodox synagogue in America,” says Sarah Carroll, an information specialist for the New York City Landmarks Preservation Commission. The synagogue was designated an official New York landmark in 1967 based on its “cultural, architectural and historical significance,” says Carroll.

In 1859, Rabbi Ash severed his ties to Beth Hamedrash and formed a rival congregation—Beth Hamedrash Hagodol. The other faction build the Eldridge Street Synagogue, which similarly calls itself “the oldest congregation” of European Jews. “We make the claim because we came from the same source; the two synagogues have the same parents,” says Amy Waterman, executive director of the Eldridge Street Project, a nonprofit group dedicated to restoring the synagogue’s building.

While the Eldridge Street Synagogue became the first congregation to erect its own building in 1886, Beth Hamedrash Hagodol had purchased its Northfolk Street location the year before. The building, an example of Gothic-Revival architecture, had been a church for Baptists, then Methodists.

In 1967 the New York Landmarks Preservation Commission noted in its report on Beth Hamedrash Hagodol that the congregation had “1,400 members and serves more than 250,000 worshipers annually from the entire country.”

More than a quarter-century later, it seems more appropriate to look at the introduction to “Responsa from the Holocaust,” where Rabbi Oshry writes: “The world that once was no longer is.”

Rabbi Oshry of course meant Jewish life in pre-World War II Europe. He did not know that his words would one day pertain to Jewish life on the Lower East Side.

A survivor, Rabbi Oshry doesn’t give up so easily.

He wants to save his shul,” says Freilich. “That’s all he’s striving for.”