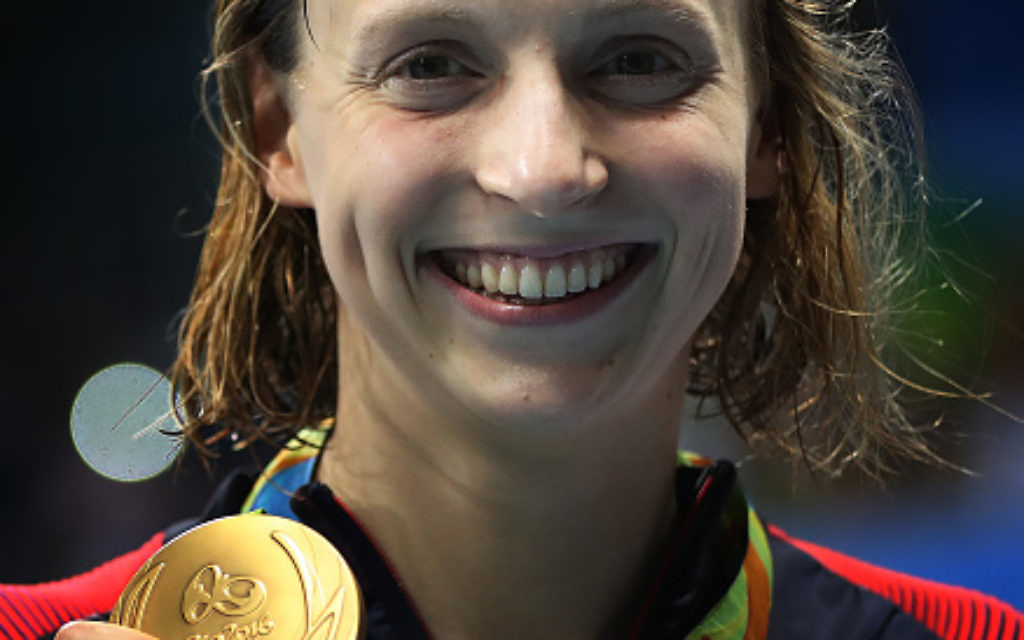 The Olympic gold medalist recently built on her legacy as the world’s best female swimmer in Rio when she simultaneously beat her own world record and picked up a gold in the 400-meter freestyle event.

Her unwavering resolve has astonished onlookers and fellow competitors alike.

“Her stroke, her mentality: She’s so strong in the water,” Ryan Lochte, 11-time Olympic medalist, told Sports Illustrated recently. “She gets faster every time she gets in, and her times are becoming good for a guy. She’s beating me now, and I’m, like, ‘What is going on?’”

Dave Marsh, coach of the U.S. Olympic women’s swim team expressed similar awe. “She’s a mystery,” he told Sports Illustrated. “I’ve experience the passion and depth with which Katie trains and races. I’ve gone back and tried to figure out what causes it, because she doesn’t fit the model. She has a wonderful family, has everything, really, that she wants; she’s a beautiful person with seemingly no dark sides. But she has this energy stirring in her, not just at meets but at practice.”

Her inspiration, as it turns out, is partially derived from the story of her Jewish grandmother Berta Ledecky, who immigrated from Communist Czechoslovakia early in her life, according to The Forward, and briefly became a translator for Albert Einstein at the Polytechnic Institute of Brooklyn. Additionally, Berta said she confronted anti-Semitism when she moved to Greenwich, Connecticut with her husband and son in the early ‘70s, an experience that echoes the tragedy of her family’s history in Europe. In 2007, Berta took Katie and her older brother Michael to a Jewish cemetery on trip to Prague to visit the graves of family members who died in the Holocaust.

Despite Ledecky’s Catholic faith, and her ritual of reciting the Hail Mary prior to diving into the water for each race, Ledecky attributes much of her ambition to growing up hearing her grandmother’s stories of hardship and perseverance, the Sports Illustrated profile reports.

As Ledecky continues to stun athletes and sports fans alike in her quest and repeated successes on the Olympic stage, perhaps the fire in her belly is less of a mystery and more a manifestation of familial resilience.