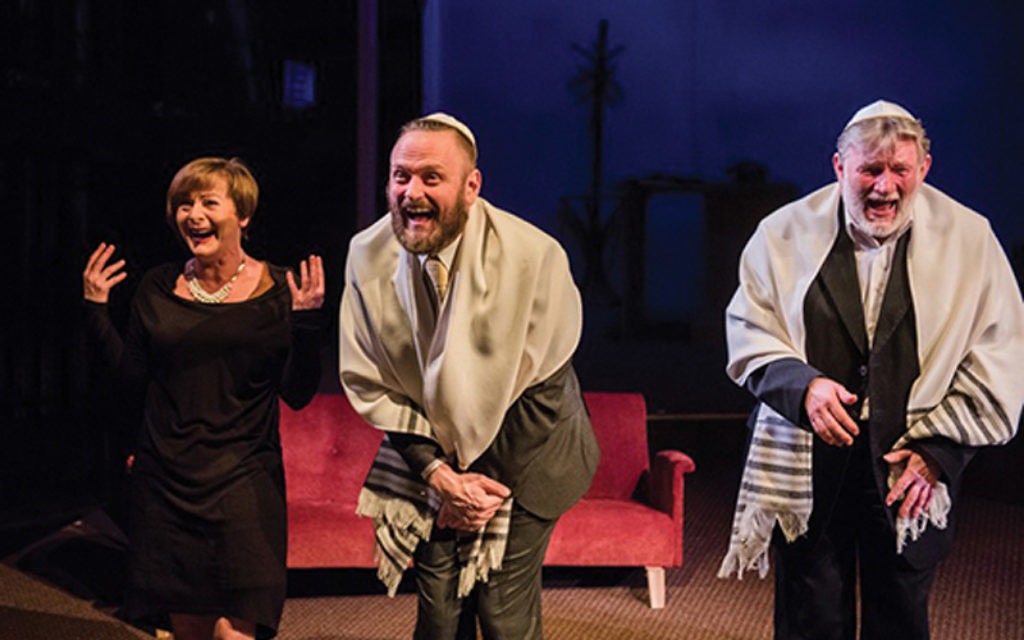 Brooklyn-based playwright Joseph Hendel is just back from Gniezno, Poland, where he directed the debut of his translated-into-Polish comic play about contemporary Polish-Jewish relations, “Hotel Pod Wesolym Karpiem” (The Tasty Karp Hotel), at the Teatr Aleksandr Fredry. The theater had changed the title without telling him, as it was afraid the original title, “Hotel Zydowsky” (Jewish Hotel), wouldn’t help sell tickets.

But viewers packed the theater for the play’s two sold-out performances, and it will now be performed several times a month in repertory and also in festivals around Poland.

In the play, a woman named Basia who runs a dilapidated hotel in Poland near the site of a concentration camp, converts the place into a Jewish hotel hoping to attract new business. The plan works, and Poles, Jews, ex-skinheads, Zionists, Polish Nationalist radicals and Chabadniks are meeting at the hotel. The playwright says that chaos ensues.

A writer, director, musician and performer of improv comedy now co-writing the book for the musical “Open Road,” Hendel is the son of Broadway theater producers Ruth and Steven Hendel (“Fela”). In an email interview while he was in Poland, he says that he was inspired to write the play after a conversation with Lukasz Gajdzis, artistic director of Teatr Fredry. When they began talking about doing a comedy about Poles and Jews and how they relate, they immediately began laughing because of how complicated the relationships are. Then the idea of a Polish hotel for Jews came to him.

He explains that the play’s style is that of an American family sitcom like “Married With Children,” which was a major hit in Poland in the 1990s. He adds “a healthy dose of Jewish absurd comedy — Mel Brooks, Woody Allen, a major dose of the Marx Brothers.”

For Hendel, the biggest challenge was trying to understand historical perspectives on Polish-Jewish relations as well as the psychology of anti-Semitism, memory, contemporary Polish politics and many related issues including restitution. Along with a summer of research, he attended a study group with Forum for Dialogue, a Polish organization. His understanding of the situation continues to evolve, as does the play’s text, which is revised to reflect current events in Poland.

As the play “tries to speak very directly and immediately through comedy,” he brings news — like Poland’s recent electoral tilt to the religious far right, and a skinhead rally in response to Europe’s refugee crisis where a Jewish doll was burned in effigy — into the play as topical jokes.

Even before the play opened, a woman attending its final dress rehearsal walked out during the first act. Some teens convinced her to return and judge the play only after seeing it in its entirety, so she returned, only to walk out again a few minutes into the second act.

“There have been so many reactions,” Hendel says, ticking off “appreciative attention, raucous laughter, offense, pleasure, pleasure at being offended, etc.”

“I loved the people I met and worked with,” he says. “They were funny, open-minded and very talented. I would love to come back and work here again.”