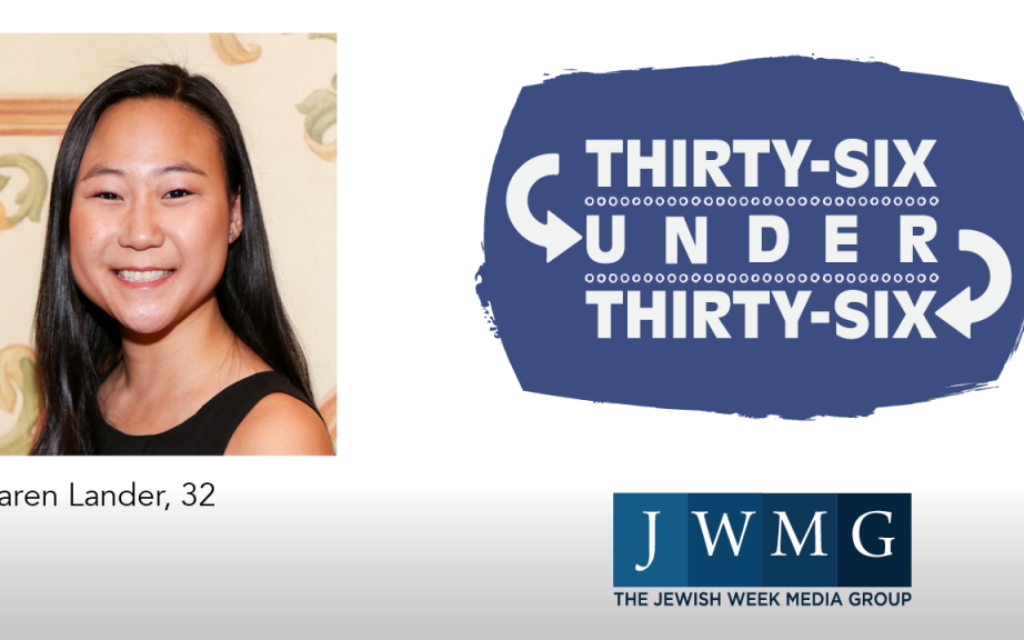 Growing up, Karen Lander pictured herself in an office with a big leather couch helping patients sort through life issues.

Today, she is the managing director of YouthBridge-NY, a program of the Jewish Community Relations Council that engages teens from diverse backgrounds in New York City and teaches them leadership skills to meet any number of challenges they face in the world today.

“I like working with teens because they’re open to learning and aren’t too jaded yet to believe they can’t solve the world’s problems,” said Lander. “They still think there’s hope in the world and there are ways to make things better. Last year, for instance, so many of my contemporaries were complaining about the negativity and divisiveness that the election was causing, and my teens said, ‘Okay, what do we do now? What’s next?’”

Some of the projects Lander helps teens launch in their schools and communities include recycling programs, anti-bullying initiatives, and humanitarian clubs like UNICEF.

Helping adolescents comes naturally to Lander, as she knows well the identity issues they grapple with perhaps more keenly than others — she was not only adopted but, as a Korean in a largely white Jewish community and a student at Jewish day school, she stood out among her peers. “Growing up with people who didn’t look like me forced me to really form a strong identity and take pride in who I am, my family and my community,” said Lander. “I had to buy into Judaism a little more than my friends who didn’t struggle with the same identity issues, and I think it makes for a stronger connection in a lot of ways.”

Lander feels gratified by her work when alumni of the program return to speak to current members. “Alumni will often focus on how they utilize the skills they learned at YouthBridge — like active listening and asking instead of assuming — helped them deal with difficult college situations, like rooming with someone from a different culture,” said Lander. “To me, that’s proof that we helped influence the course of their lives without them even realizing it until years later.”

Rap prowess: Lander can rap all the words to Mo Money, Mo Problems.