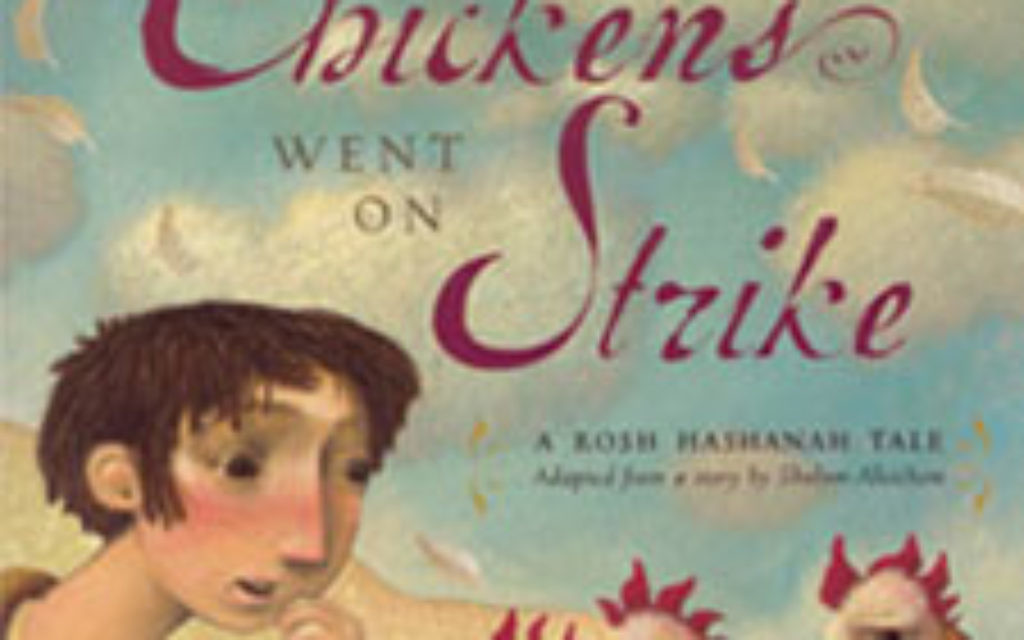 Around the Christian holiday season, one often hears an old-fashioned song about the fate of the fowl destined for the festal board: "Christmas is coming, the goose is getting fat."

Of course, for Jews — especially Ashkenazi ones — the humble chicken is often the holiday bird of choice around the new year: it's suitable both for consuming and for flinging about in an act of atonement called "kaparos."

Kaparos is a primal ritual, in which the penitent swings the bird around the head before Yom Kippur, symbolically transferring his or her sins to the bird, which is then slaughtered and eaten at the pre-fast meal. As such, it yearly engenders it share of hand-wringing by both its supporters and detractors:

Agudath Israel of America, for example, re-issued a prior ruling reminding practitioners of kaparos to perform the ritual only under the "exacting" scrutiny of a qualified rabbi to ensure that all aspects of the custom are executed in accordance with Jewish law.

Only in this way, reads the ruling, can the community ensure that "all … relevant halachos are carefully adhered to throughout the Kapporos process, including such matters as health and safety concerns (both those that concern the wellbeing of those who handle the chickens, as well as those that concern the safety of the food); scrupulous compliance with the Torah’s laws of tza’ar ba’alei chayim throughout the entire process of storing, transporting and handling the chickens, which should be done by responsible adults, not children; ensuring that a live chicken that has already been used for Kapporos by one individual should not be reused for Kapporos by another individual; and sensitivity to tzniyus concerns, to avoid improper mingling to the extent possible."

And on the other end of the spectrum, we have a substantial history of folks opposing kaparos, both within and outside the community that practices it. Most of them point out that a bag of coins can be substituted for the chicken. But most interestingly this year, I came across this website — thanks to Rabbi Arnie Salman, and via Facebook — Alliance to End Chickens as Kaparos. The site assures visitors that it isn't against kaparos, just against the use of chickens in the ritual. It includes a list of articles and press releases — there are apparently to be rallies against kaparos on Sept. 23 and 24th in Brooklyn — and a photo of one Chemers, a baby rooster rescued from kaparos in 2010.

Kind of like the annual presidential pardon of the Thanksgiving turkey. The more things change …