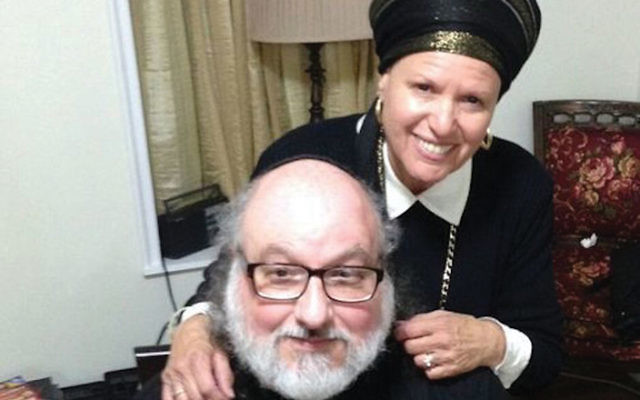 Jonathan Pollard with his wife, Esther.

JERUSALEM — The Justice Department has refused a formal request by Israel to allow convicted spy for Israel Jonathan Pollard to immigrate there.

The refusal, first reported on Wednesday by Israel’s Hadashot news, came several years ago. Wednesday marked three years since Pollard, now 64, was let out of a federal prison after serving 30 years of a life sentence.

The reason for the refusal is the severity of the acts and offenses committed by Pollard in the 1980s, according to Hadashot. The request to consider Pollard’s age and his precarious health also was rejected.

Pollard pleaded guilty in 1986 to conspiracy to commit espionage in connection with providing Israeli contacts with hundreds of classified documents he had obtained as a civilian intelligence specialist for the U.S. Navy.

Among the terms issued upon Pollard’s release from prison in November 2015 was that he must remain in the United States for five years, despite his desire to move to Israel.

Netanyahu made a formal request for Pollard, who has honorary Israeli citizenship, to make his home in Israel after agreeing in May 2017 to provide economic goodwill gestures to the Palestinians. The Israeli leader reportedly promised Trump that if Pollard were allowed to immigrate to Israel, he would continue to live under the restrictive parole conditions that a U.S. federal court imposed upon his release and upheld on appeal.

Netanyahu has raised the topic of Pollard’s immigration to Israel in every meeting with U.S. government officials, according to his office.

In a response to the report, the Prime Minister’s Office told Hadashot on Wednesday that “Prime Minister Netanyahu remains committed to bringing Pollard back to Israel.”

Under the terms of his parole, Pollard must stay in his New York home from 7 p.m. to 7 a.m., submit any computer he uses for inspection and wear a GPS-monitoring device at all times. The device means that Pollard, who is Orthodox, is forced to violate Shabbat observance, his lawyer has said.