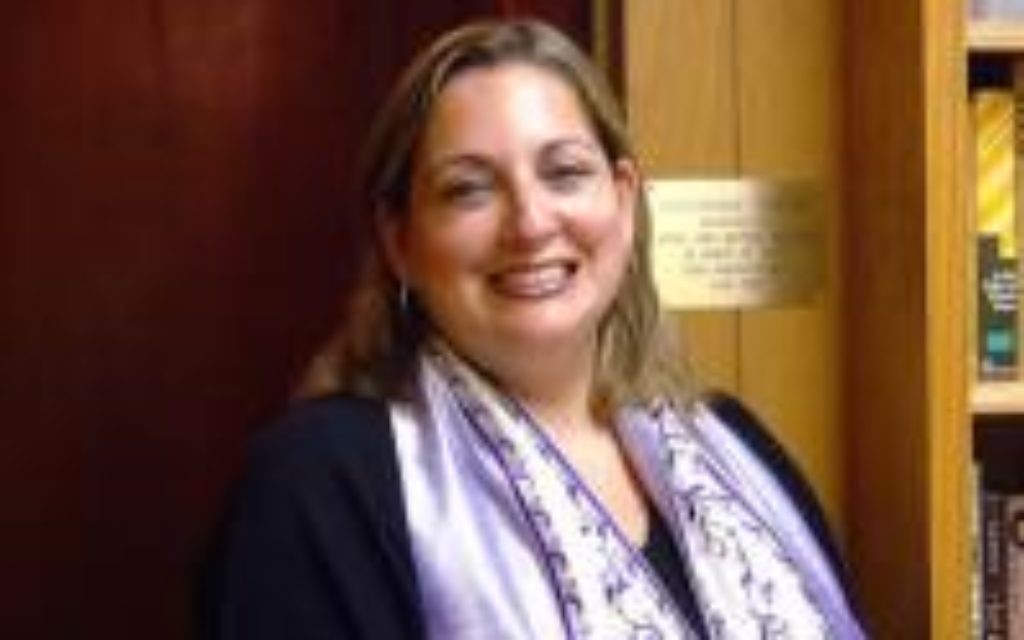 It all began as an accident. This past summer, my congregation planned three outdoor Shabbat services: two at TOBAY Beach (about ten minutes away), and one on the synagogue grounds that would include a picnic dinner before services. In your typical, “Man plans, God laughs” kind of scenario, we wound up being 0-3. For both beach services, it poured. On Picnic Shabbat night, the temperatures outside reached 96 degrees. Thus, we made a last-minute decision to hold our picnics indoors, on the floor of the social hall. What was at first a disappointment became a fun, intimate, and informal prayer experience. We sat on our beach blankets and beach chairs, swayed to our favorite Shabbat melodies, and felt the Presence of God in the room.
The congregants in attendance enjoyed the experience so much that they wanted us to plan another “indoor picnic,” and it seemed like the winter would be a perfect time to schedule the event. We named it “Beat the Sheleg Shabbat,” as “sheleg” is the Hebrew word for “snow.” As the evening approached, we wrestled with what siddur (prayerbook) to use. We didn’t want to shlep the heavy prayerbooks into the social hall, where we would risk having them on the floor. On the other hand, we didn’t want to photocopy lightweight paper-versions of the service, since that would waste a great deal of paper.
Then a member of our staff suggested that we try something brand-new for our congregation: Visual T’filah. She reminded us that the Youth Group had just purchased a projector, and we could finally broadcast the liturgy onto a screen. Visual T’filah is a relatively new form of worship, developed on a professional level by Rabbi Dan Medwin at the Central Conference of American Rabbis. The texts of the service are projected onto a screen, but it is often not just a PowerPoint Presentation – art, video, animation, and other inspiring imagery can be used throughout.
Recent CCAR and Union for Reform Judaism conventions have demonstrated the myriad uses and advantages to Visual T’filah, and, though it would be my first time leading a service in this way, I was ready for the challenge. For this inaugural attempt, I created my own PowerPoint slide-show (I enjoy being a bit of a “tech-savvy” rabbi), including special readings, additional songs, Hebrew texts, transliteration, and plenty of relevant graphics. I tried to think strategically about the length of various readings, how the texts would look on the screen, what moments in the service deserved their own slide (“Mi Shebeirach,” “Story Time,” etc.), and more.
The Friday night of our “Sheleg” Shabbat finally arrived. Naturally, given our track record, there wasn’t a single snowflake anywhere in site. Yet we welcomed families into our social hall for their indoor picnics. Some brought sandwiches and soda, others chicken and rice. Our Ritual Committee co-chairs each made a big pot of delicious soup to share with the group. People spread out beach blankets and beach chairs, even on this chilly February evening. Others sat up on folding chairs, but formed a semi-circle facing the screen.
As the service began, I felt myself get nervous – so far, the slides were working properly, but I had no lectern behind which I could stand. What would I do with myself? Where and how should I lead the service? However, soon I realized how free I was to walk around, breaking any sense of a “fourth wall” between me and the congregation.
Half-way through the service, I paused and asked the congregants how they felt about the service up until that point. I truly wanted their feedback, and I hoped that they could reflect on the new experience. Here’s what we noticed:
• Without siddurim in hand, we were free to look up. For the first time, many participants were able to see other worshippers (not just the backs of their heads). We felt a completely different sense of community since everyone could look at each other’s faces as we prayed.
• Sometimes, changing the prayer space can enhance worship. We have a gorgeous, warm, and spiritually inspiring sanctuary, but moving into a different space allowed for a unique experience. We could change the set-up of the seats, the acoustics in the social hall let us hear each other’s voices differently, and we felt less formal or restricted.
• Many adults and children remarked about how alienated they sometimes feel during worship when they aren’t as familiar with the liturgy. Due to insecurities with one’s own Hebrew skills, or not knowing a particular melody, they said that they felt stuck looking for what page we were on most of the time. During our Visual T’filah, they didn’t have to worry about pages, and could easily follow the flow of the service with everyone else.
• Visual T’filah was environmentally responsible. We didn’t have to waste any paper for the additional songs or readings we added to the service, nor did we have to throw any out at the end of the night.
I’m sure that some of the folks who attended that night might have felt some reluctance when told that we were going to pray off of a screen. The technology may have also felt off-putting. However, the feedback was overwhelmingly positive, and we are excited to look for more opportunities to use this special prayer style throughout the year. If you or your congregation have considered incorporating Visual T’filah, I strongly recommend that you go for it!
In the end, the experiment reminds us of how important it is not to get too stuck in our routines, but to look frequently for ways to refresh, rethink, or revise our worship practices. Opportunities for meaningful prayer are everywhere, and each person will have his/her own path towards connection. For some, Visual T’filah might be just what they were looking for.