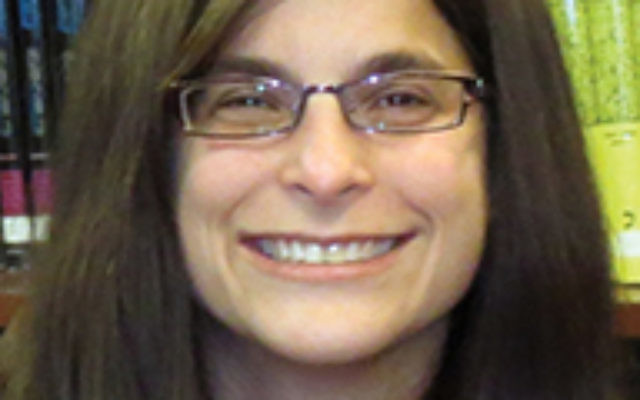 Parshat Ki Tetze contains the perplexing law of the “ben sorer umoreh,” the rebellious son who is put to death for having started down a path of gluttony and defiance [Deuteronomy 21:18-21]. The law, as defined by the Talmud, ensures that it is virtually impossible for such a case to ever be prosecuted, and the Talmud includes the opinion that there never has been and never will be an actual case. Nonetheless, the concept of the ben sorer umoreh raises essential questions for parents who strive to build loving relationships with their children.

The conceptual basis of a ben sorer umoreh is “nidon al shem sofo” (he is judged based on his end), that is, his future actions. Commentaries struggle with the conflict between the premise of “nidon al shem sofo” and the principle that every individual has the ability to do teshuva, choosing new paths in life. Ironically, the contradiction between these two ideas is particularly sharp if we accept that the halacha of ben sorer umoreh will never be applied practically but exists in order to impart lessons to us. What message are we meant to derive from an area of halacha that seems to undermine the belief in free choice?

The classic source for the belief that God judges people based on actions they have already committed is based on Genesis 21:17, when God listened to Yishmael “ba-asher hu sham” (where he is). Rashi explains that God judged Yishmael on the basis of “his current deeds… not on the basis of what he would do in the future.” The Talmud expands this principle to apply to all people: “We only judge a person based on his actions at that moment, as it says, ‘For God heard the voice of the youth as he was then’” [Rosh Hashanah 16b].

To resolve the contradiction between the concept of “nidon al shem sofo” and “ba-asher hu sham,” R. Eliyahu Mizrahi (15th-16th century, Constantinople) suggests that since the ben sorer umoreh has already started down a path of rebellion, he is, in a sense, judged based on deeds that he has already committed. A slightly different approach is suggested by the Gur Aryeh (Maharal of Prague, 16th-17th century), which is that the Torah has forbidden a person to behave as a ben sorer umoreh because this behavior will likely degenerate over time, and therefore if a person chooses to behave as a ben sorer umoreh, he is transgressing an explicit Torah prohibition of which he is aware. In other words, the courts do not judge a ben sorer umoreh for his future actions, they judge him for his past actions, which are forbidden by the Torah because they are likely to lead to worse behavior.

While the Mizrahi and Maharal resolve the philosophical difficulty, there is more to learn from the ben sorer umoreh on a personal plane. Rabbi Kenny Schiowitz of Congregation Shaarei Tefillah in Teaneck and Talmud chair at Ramaz Upper School, has suggested another way of thinking about this problem in his “Madrikh LaMoreh” on Masechet Sanhedrin. Perhaps we are meant to learn precisely from the fact that a ben sorer umoreh has never happened; this halacha teaches us that there never has been and never will be a case in which it is legitimate to make assumptions about a person’s future choices. In other words, the Gemara lays out a conceptual framework of “nidon al shem sofo” but simultaneously makes it clear that there will never be an instance in human experience in which a person can truly be “nidon al shem sofo” because each person is vested with autonomy and infinite potential for growth.

Rabbi Schiowitz’s idea is related to a question mentioned by the Shem MiShmuel (R. Shmuel Bornsztain, 20th-century Poland). The Talmud stipulates that if a father and mother forgive their son for being a ben sorer umoreh, he is not punished [Sanhedrin 88b]. The Shem MiShmuel notes that this halacha seems counterintuitive, since a ben sorer umoreh is punished “al shem sofo” and not for his past actions against his father and mother. I think that this halacha conveys that as long as a forgiving relationship exists between parents and children, the future remains wide open. If the father and mother continue to express love and forbearance for their child, there is no basis for gloomy assumptions about his or her future, no matter what the child has done in the past.

As we prepare for the Yom Hadin (Day of Judgment), it is meaningful to bear in mind the ways that even the halacha of ben sorer umoreh can be understood to reflect a belief in people’s capacity for change. As we enter a new school year, let us remember that the loving, forgiving relationships that we build with our children have the deepest and most profound impact on their character and their future.

Rivka Kahan, principal of Ma’yanot Yeshiva High School for Girls, has a master’s in Bible from the Bernard Revel Graduate School of Yeshiva University, and a Certification in Talmud and Jewish Law from the Drisha Scholars Circle.