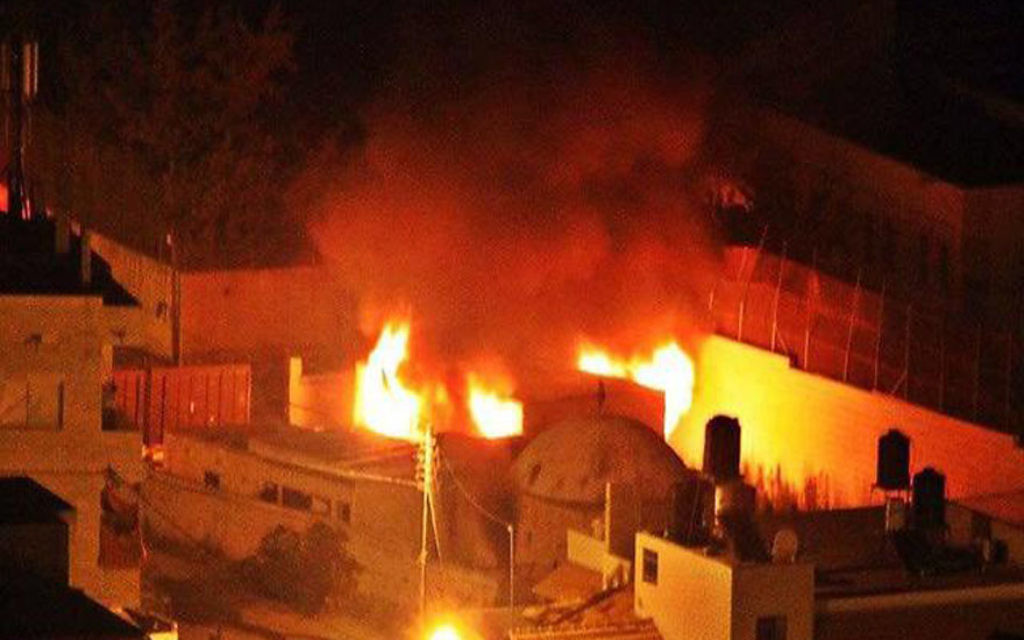 Palestinian rioters set fire to the compound of the Tomb of Joseph near Nablus.

Flames engulfed the tomb, a Jewish holy site in the West Bank that is under control of Palestinian Authority policemen, early Friday morning. Several hundred people gathered outside the site and a few individuals hurled firebombs over its fence, Army Radio reported.

No one was hurt in the incident, which ended after Palestinian policemen dispersed the crowd. Footage from the tomb, which was also set on fire during the second intifada in 2000, showed extensive damage to its dome and to its parameter fence, which was knocked over.

Palestinian Authority police and fire brigades arrived at the scene and extinguished the flames, the Palestinian Maan news agency reported.

The riot occurred shortly after Hamas leaders in Gaza called for “a day of rage” on Friday against Israel — a term that is often used to describe shooting or the hurling of stones and firebombs at Israelis at various locales in Israel, the West Bank and the Gaza Strip.

Israeli officials harshly condemned the arson, which the Israeli foreign ministry’s director, Dore Gold, said was “reminiscent of the actions of radical Islamists from Afghanistan to Libya.” He added the incident showed the Palestinians could not be trusted to control religious holy sites.

The culprits, she said, “are targeting sites holy to the Jewish People, that show our deep attachment, which goes back millennia, to the Land of Israel.”