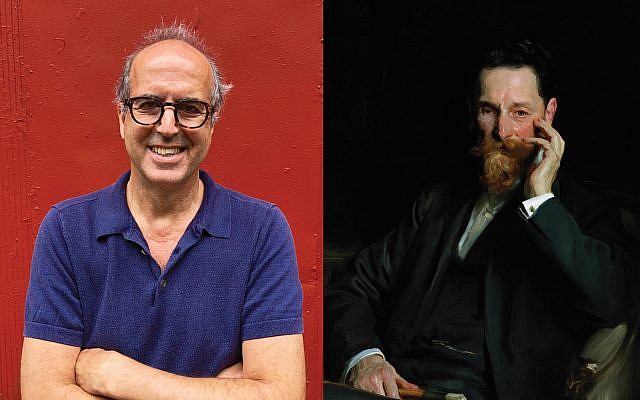 Documentary filmmaker Oren Rudavsky focuses his work on individuals and communities outside the mainstream, often touching on Jewish themes. His films include “A Life Apart: Hasidism in America” (shortlisted for an Oscar), “Hiding and Seeking: Faith and Tolerance After the Holocaust,” and “Colliding Dreams,” a history of Zionism. His latest film, “Joseph Pulitzer: Voice of the People,” chronicles the life and legacy of the newspaper publisher, who arrived in the U.S. in 1864 as a penniless Jewish immigrant, in time to fight in the Civil War. Timely for its views about truth and freedom of the press, the feature-length documentary is visually beautiful, drawing on archival material as well as interviews with experts and present-day footage with actors. Liev Schreiber is the voice of Pulitzer, and Adam Driver is the narrator. The film, produced for PBS’ “American Masters” series, was screened at the recent N.Y. Jewish Film Festival and has its theatrical premiere on March 1 at the Quad. Rudavsky lives on the Upper West Side with his wife and children.

The Jewish Week: What drew you to Pulitzer as a subject?

Oren Rudavsky: There is a book called “Adventures with a Genius,” written by one of Pulitzer’s secretaries, that gave me an interior sense of his character. That opened my eyes to the potential of this project. The other thing that sealed the deal was meeting Nicholson Baker and hearing about how he saved more than 30 years’ worth of copies of Pulitzer’s paper, The World, from destruction by the British Library, which was auctioning them off. Finally, when I went down to the archives at Duke University and saw the actual paper, I was mesmerized. Who knew that only a year later, journalism would be attacked on a daily basis by the president of the United States.

How does this film connect with your other films?

I like making films about people whose voices are not heard — giving voice to the voiceless. Given that Joseph Pulitzer is nearly a household name, it’s difficult to put him in the same category, but even so, Pulitzer belongs there. Not only has he been misrepresented, but people know little to nothing about him aside from the Pulitzer Prizes. And here’s a man who, unlike William Randolph Hearst, kept a progressive agenda throughout his life, one his family maintained for generations, but who suffered for decades despite his great wealth.

Aside from that, the film opens a window on the lives of the immigrants of New York. He himself gave voice to the voiceless in the pages of his papers. Finally, he was Jewish and, of course, that is a theme of many of my films, but that fact is mostly in the background in this film.

How do you see the film as particularly timely in these days when newspapers are struggling and there’s again talk of fake news?

That theme pervades the film from beginning to end. I hope others see both its timeliness and its timelessness, since powerful governments and political leaders have always sought to destroy the credibility of those that oppose them. Today, the struggle is both financial and political, and we are at a very dangerous place. The U.S. seems to be surviving in terms of freedom of the press, but when our president barely condemns the death of a journalist living in the U.S. by a foreign power, it’s a fragile time.

How do you describe Pulitzer’s Jewish identity?

Like many Jews who emigrated to America, especially in the years before the turn of the 20th century, Pulitzer was welcomed and for the most part accepted, and he assimilated pretty readily. There is no record of him having much religious observance once he came to this country. On the other hand, his interest in learning, in care for the unfortunate and his progressive politics are clearly a form of Jewish identity that many of us take quite seriously as being the essence of being Jewish.