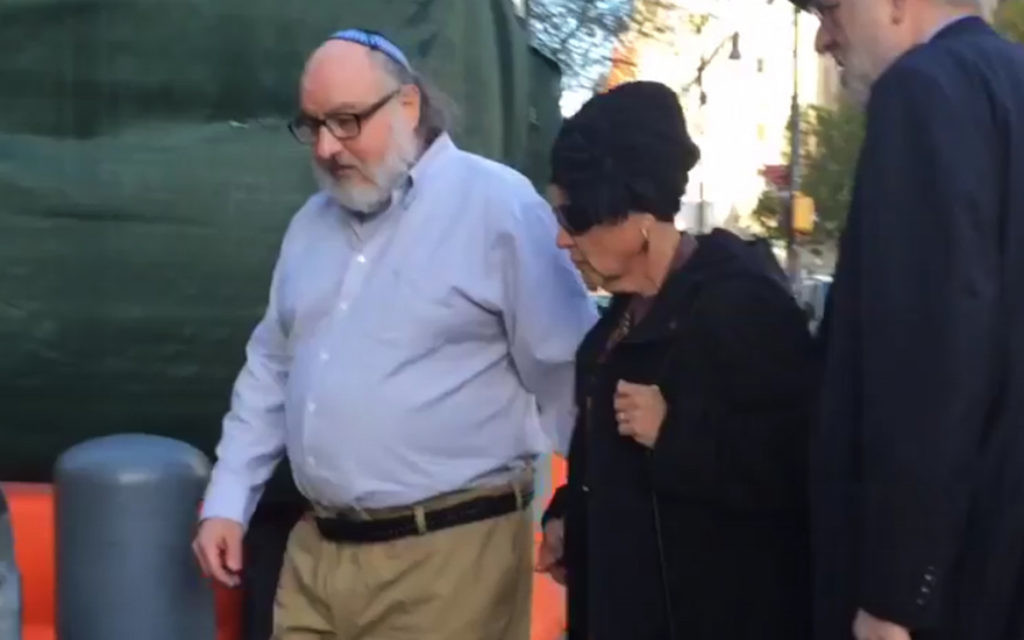 Pollard upon his release. JTA

Jonathan Pollard, the former Navy intelligence analyst convicted of spying for Israel, was freed from a federal prison in North Carolina.

Pollard was released on parole early Friday after serving 30 years of a life sentence for passing classified documents to Israel.

His imprisonment has long been a sore point in relations between the United States and Israel.

Successive Israeli prime ministers have raised the issue in their meetings with U.S. presidents. In recent years, support in the U.S. political establishment has grown for his release, although the security community remained adamantly opposed, saying the breadth of his spying fully merited his life sentence.

“The people of Israel welcome the release of Jonathan Pollard,” Israeli Prime Minister Benjamin Netanyahu said in a statement.

“As someone who raised Jonathan’s case for years with successive American presidents, I had long hoped this day would come,” he said. “After three long and difficult decades, Jonathan has been reunited with his family. May this Sabbath bring him much joy and peace that will continue in the years and decades ahead.”

Pollard will not be permitted to leave the United States for as long as five years under federal parole rules, although he has asked to immigrate to Israel, saying he would relinquish his U.S. citizenship and agree never to return to the United States as a condition.

Pollard needs the prior agreement of his probation office to leave the “district of release,” the Justice Department has said, although it has not defined the area. It is not yet clear where this is. His lawyers, Eliot Lauer and Jacques Semmelman, have said they have arranged a residence and employment for him in the New York City area.

In addition to his probation officer’s say-so, he needs the U.S. Parole Commission’s permission to travel overseas.