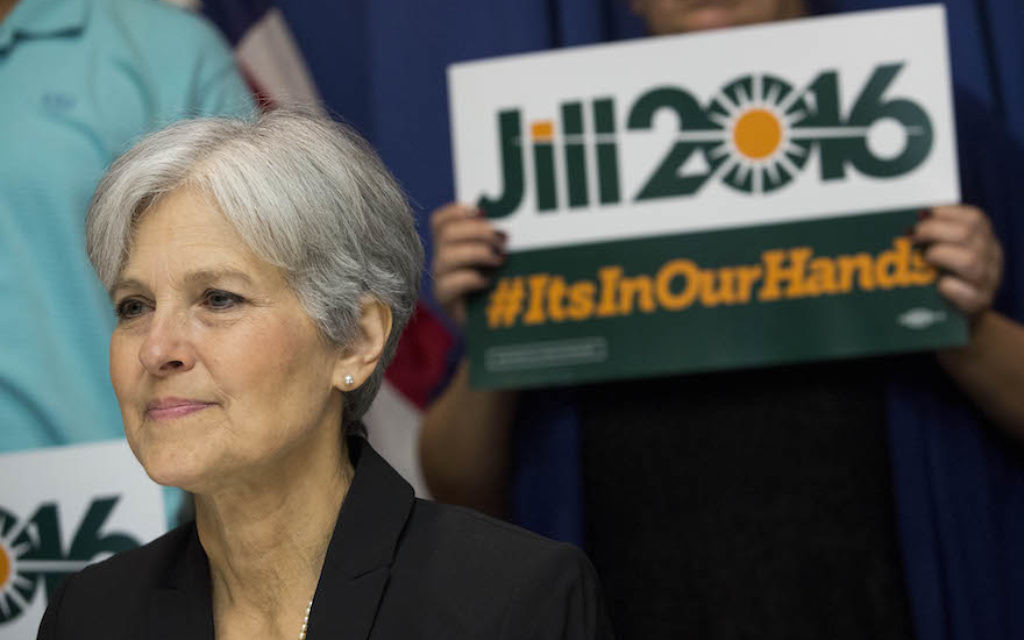 Stein was nominated Saturday at the party’s three-day convention in Houston. African-American human rights activist Ajamu Baraka was nominated as her running mate.

In her acceptance speech, Stein appealed to supporters of failed Democratic candidate Sen. Bernie Sanders, I-Vt., to support her candidacy.

Referring to Sanders supporters, she said, “Together we are unstoppable.”

“It is such an honor to also being running in alliance with the Bernie Sanders movement, who I now hear call us ‘Berning green.’ We are ‘Berning green’ together,” Stein said. “We owe you such a debt of gratitude for lifting up this revolution that has been smoldering for decades. You broke through the media blackout, you lifted us up and you refused to be shut down by the DNC [Democratic National Committee].”

Stein ran unsuccessfully for governor of Massachusetts in 2002 and 2010.

Before entering politics, Stein, a graduate of Harvard Medical School, was a practicing physician for 25 years.

Stein has called for ending all aid to Israel and has accused the country of committing war crimes.

In line with the Green Party platform, Stein supports the Boycott, Divestment and Sanctions movement against Israel, or BDS. She places Israel in the company of non-democratic American allies Saudi Arabia and Egypt. In tweets, she has accused Israel of “the pillage of Palestine” and written that Israel’s “war crimes & human rights violations are off the charts.”

Stein needs to garner 15 percent support in election polls to be invited to participate in the presidential debates. She currently is polling at about 5 percent.