Look at the leadership of a Jewish communal organization or synagogue and it’s unlikely you will see a leader with a disability. That’s one of the findings of a new survey released by disability advocacy organization RespectAbility.

This was not the first survey in which RespectAbility studied the Jewish community’s efforts on inclusion of people with disabilities; the last survey on the topic was conducted in 2013. Since then, awareness of mental health issues, what some call an “invisible disability,” has changed drastically. “There’s a tremendous amount of pressure in the Jewish community to be perfect,” said Jennifer Laszlo Mizrahi, president of RespectAbility. 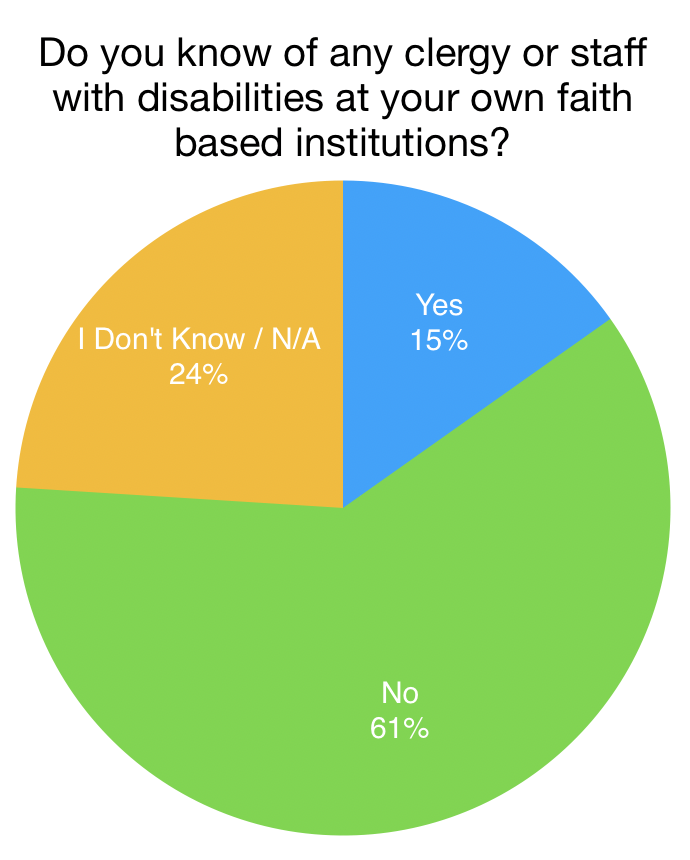 There has also been a marked improvement in inclusion since the 2013 survey, said Laszlo Mizrahi, but there is still work to be done in making the community’s leadership more inclusive.

“People who are Jewish and have a disability feel that they can participate,” said Laszlo Mizrahi. “But they don’t feel the same type of ownership or feel that they’re at the forefront.”

According to the current survey, 21 percent of Jewish respondents have a mental health issue or share a household with someone who does. Among Jewish New Yorkers, the number rose to 28 percent. “There is an epidemic of suicides in the Jewish community and we have to address this,” said Laszlo Mizrahi.