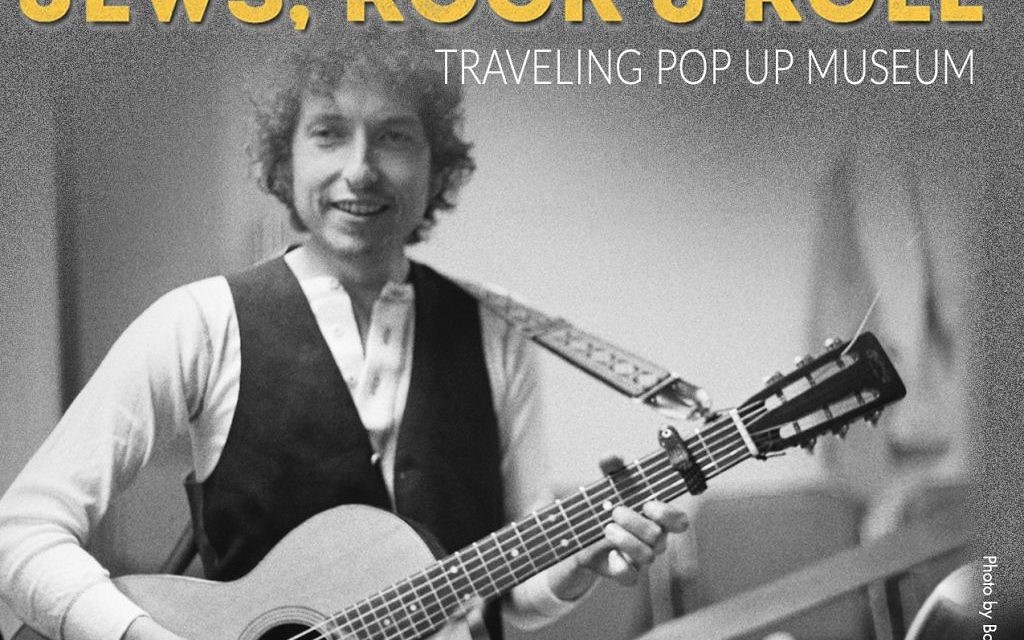 Like Bob Dylan’s “Duquesne Whistle” train (“I’m gonna stop in Carbondale, and keep on going”), Michael Dorf has an idea for a museum that banks on rock and roll’s penchant for the open road (or track).

The founder of the Knitting Factory and City Winery (and a Jewish Week board member), Dorf plans to create a traveling pop-up exhibition showing the influences of Jewish history in American popular culture and to open a conversation. “Jews, Rock & Roll,” the road show is called, and Dorf says it’s “a really big idea” (5,000-square-feet big) designed to reach and inspire American Jews.

Dorf, who serves as executive producer and co-founding curator, and David Franklin, curator and co-creator, are launching the project with a benefit event at City Winery on May 26, honoring Mike Stoller of the songwriting team Lieber and Stoller. The 82-year-old music legend will be lending a signed score of “Hound Dog,” the song Elvis Presley recorded in 1956 that topped the charts.

That evening, Ben Sidran will present a musical show about the history of Jews in rock and roll. Sidran, author of “There Was a Fire: Jews, Music and the American Dream,” and an exhibition consultant, says, “For me rock and roll starts at the turn of the century with Irving Berlin, and it has been going on for more than a century.”

The exhibit points to five interconnected historical shifts, the “rise of” five elements: the American dream, the American teenager, the counter-culture, the record industry, and post-modern, post-ethnic America. A sampling will be on display at City Winery, with photographs, memorabilia, interviews with music-makers and machers, and, of course, music.

The plan is to tell stories, like how Jorma Kaukonen, the bluesy guitarist of Jefferson Airplane, bought his first guitar with money he made from cashing in an Israel Bond; how Tommy Ramone, the son of Hungarian Holocaust survivors, and Joey Ramone, also Jewish, and their band developed an enduring aesthetic of punk cool; and how Mike Gordon, the bassist of the jam band Pfish has been improvising on Naomi Shemer’s “Jerusalem of Gold.” And, there’ll be stories of Bob Dylan and his many transformations.

It’s more than naming names, as Franklin, a Jewish communal professional, explains. “That someone is Jewish isn’t really relevant to us,” he says. “By looking at Jewish artists, producers, record people, we explore many different ways that Jews have connected with Judaism. It is how these music-makers embraced or rejected their Judaism, found voice through Jewish text or not, were products of immigrant experience or first-generation entrepreneurs that makes them an interesting reflection of the American Jewish experience.

“It’s really about how Jews, both onstage and backstage have contributed to the creation of popular music, and how those on the margins of the culture helped define the mainstream in ways that are totally surprising.”

The curators plan to tour the exhibition to about 15 cities, opening in New York in spring 2016. “This hasn’t been explained in a compelling way before,” Dorf says. “We can use the rock and roll touring concept and the pop-up museum concept — and do things in a way that’s quite dramatic and effective — and reach a lot of people.”

And maybe the show will even pull into Graceland in Memphis, where, the Jewish Paul Simon sings, “I've a reason to believe/ We all will be received.”