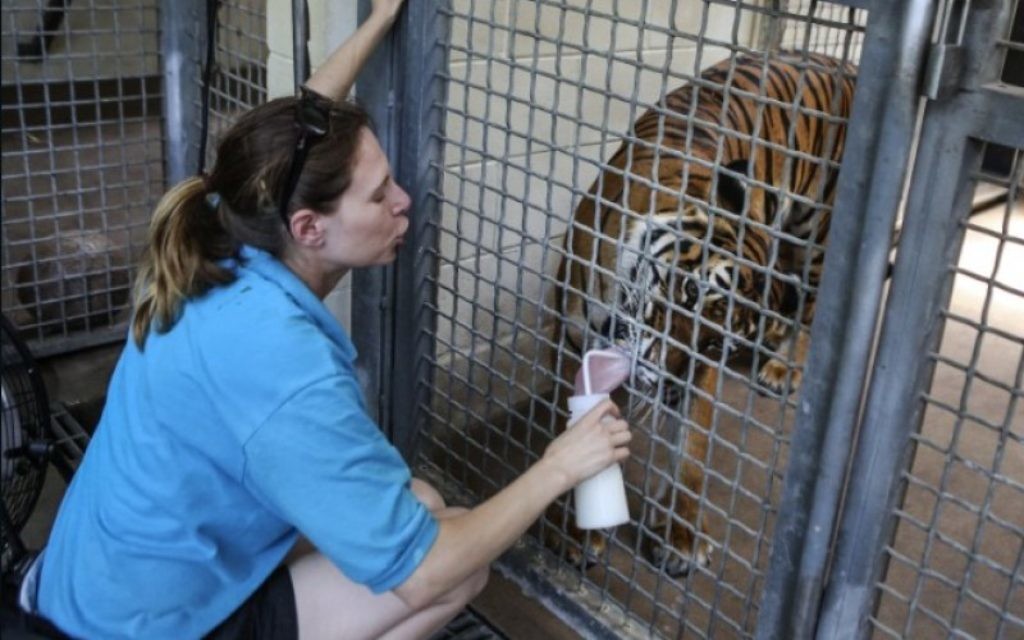 A 38-year-old Jewish zookeeper in Florida described as a “tiger whisperer” was killed Friday afternoon when a 13-year-old Malayan tiger in her care attacked her.

Initial reports indicated that Stacey Feige Konwiser, who was preparing for a “Tiger Talk” for patrons at the Palm Beach Zoo scheduled for later that afternoon, was following all zoo safety protocols when the incident happened.

The zoo, where Konwiser had worked for three years and where her husband is also a zookeeper, closed over the weekend, reopening Monday morning.

The Florida Fish and Wildlife Conservation Commission and the Occupational Safety and Health Administration are investigating the incident.

Some animal rights activists are blaming the tragedy on the zoo’s treatment of its tigers, saying the endangered animals are not given enough space to roam, particularly when they are kept inside, as they were on the afternoon of the incident.

According to CBS News, the Palm Beach Zoo announced Monday that the tiger who attacked Konwiser will not be removed from the zoo and that a fund supporting tiger conservation has been created in Konwiser’s honor.

Konwiser’s husband, Jeremy, said in a statement that “human beings and animals lost a wonderful friend.”

Konwiser’s love of animals is evident on her Facebook page, where the profile picture is a tiger, and the only photos appearing on the public profile are of animals.

The Palm Beach Post quoted Carole Baskin, CEO and founder of Big Cat Rescue near Tampa, criticizing the zoo for its treatment of tigers, saying she wasn’t surprised the incident took place in the “night house.”

“Night houses seem to often be part of the human-big cat mauling or killing scenario, and maybe it is because it is such a cruel practice,” Baskin said. “Cats are most active at night, but for liability reasons are shut in prison-like, windowless cells by zoos when they are closed. The cats hate it, so they have to withhold food to force them in at night.”