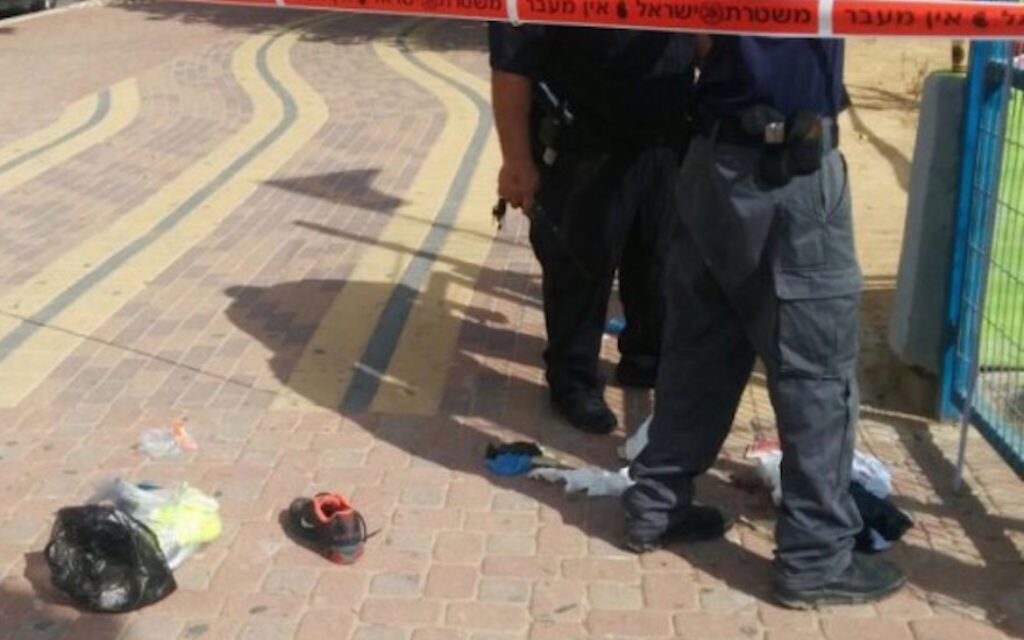 The stabbing victims in the southern Israeli town of Dimona were brought on Friday morning for treatment at Soroka Medical Center in nearby Beersheba. Two of the victims sustained minor injuries; the others were moderately injured.

The attacker, a 17-year-old, is in custody. He has a criminal record. According to Ynet, he told officers during questioning that he stabbed his victims because “all Arabs are terrorists.” The Be’er Sheva Magistrate’s Court on Friday extended his remand by six days and referred the suspect to a psychiatric evaluation, as requested by his lawyer, the far-right activist Itamar Ben-Gvir, Channel 2 reported. Ben-Gvir told the court his client’s mental health “deteriorated because of the reality to which he was exposed.”

The attack in Dimona, 24 miles southeast of Beersheba, occurred amid what Israeli Prime Minister Benjamin Netanyahu on Wednesday called “a wave of terror” by Palestinians against Jews in Israel and the West Bank.

It consisted of dozens of attacks, including the slaying last week of an Israeli couple, Na’ama and Eitam Henkin, near the West Bank settlement of Itamar.

In the most recent attacks on Friday afternoon, Palestinian assailants allegedly stabbed a youth in Jerusalem and a soldier in the West Bank settlement of Kiryat Arba. In both cases, the victims suffered light wounds and the alleged assailants were apprehended. In Kiryat Arba, the attacker was in critical condition after a soldier shot him, Israel Radio reported.

The radio report said that a woman attempted to stab a security guard at the bus station in Afula in northern Israel. The guard, who was not wounded, shot her, and she suffered moderate injuries, the report said.

In Jaffa, south of Tel Aviv, on Thursday unidentified individuals hurled three firebombs at police, causing no injury or damage. Two underage suspects are in custody in connection with the incident, Army Radio reported.

On Friday, at least three incidents of stone throwing were reported in Israel’s north, including in Nazareth Illit, a Jewish city adjacent to the Arab city of Nazareth, where unidentified individuals targeted passing cars. The incident ended without injury, and police arrested two suspects.