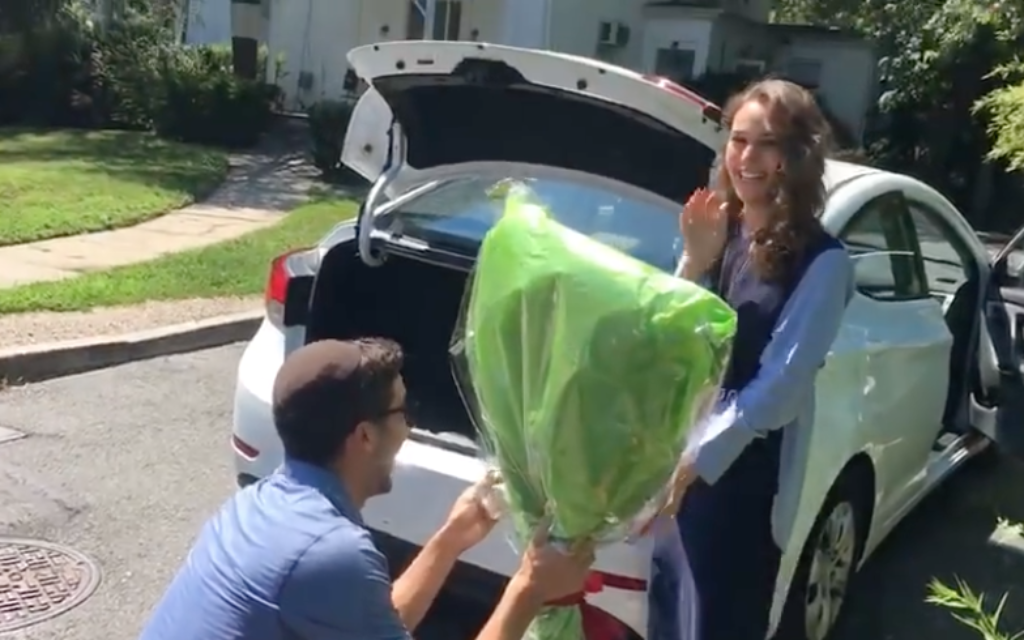 The officers stopped Yehuda Coriat, 22, and his girlfriend, Sorah Oppen, 20, in the borough of Queens on Wednesday, the New York Post reported. They accused Coriat of carrying drugs and weapons in the car and questioned Oppen about her boyfriend before ordering her to get out of the car and open the trunk, according to the newspaper.

When Oppen opened the trunk balloons flew out, and Coriat dropped on one knee and proposed, the Post reported.

A friend named Yoel Tyrnauer arranged the ruse, Oppen told the Post. Oppen said Tyrnauer was a member of the Shomrim, a Jewish volunteer neighborhood watch group, and asked the police officers for a favor.

Tyrnauer said he walked into the precinct “and tried my luck,” the Post reported. “I don’t know the cops. This whole thing has nothing to do with Shomrim.”

In April, the city put its funding for the Shomrim on hold following the arrest of a former member in a $900,000 alleged bribery scheme involving gun permits.

It is not known if the police officers, who wore uniforms, were on duty or off duty.