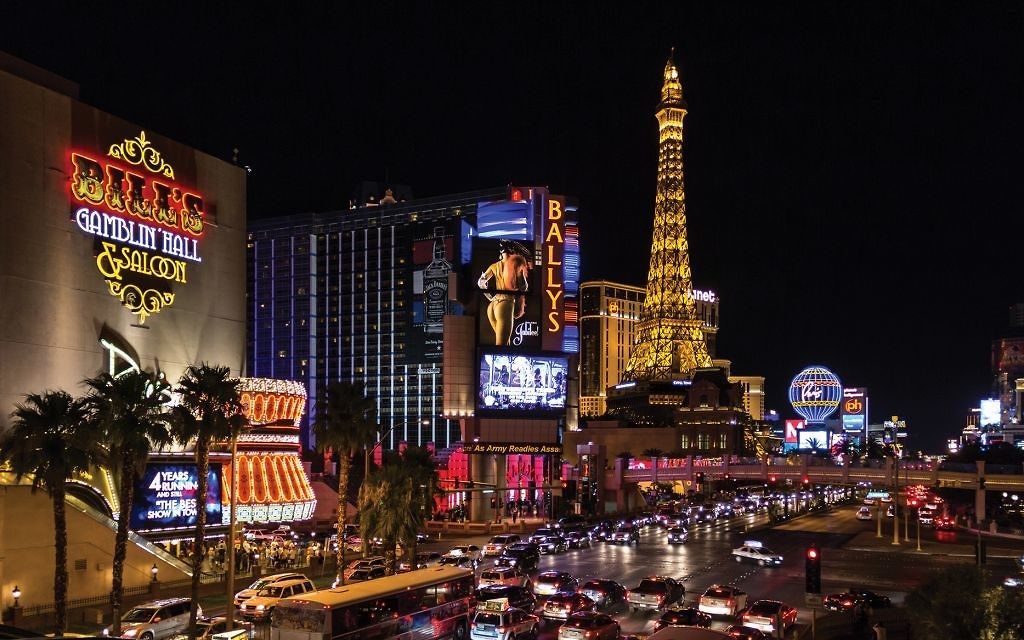 What happens in Vegas … could determine the outcome of the 2016 presidential election.

Although Nevada went for President Obama by significant margins in 2008 and 2012, 12.5 percent and 6.7 percent respectively, recent polls indicate that Nevada will be a swing state in this election.

In the latest poll, conducted by Rasmussen from July 29-31, Clinton is leading Trump by only 1 percentage point.

“There is a decent Jewish vote to be had [in Las Vegas],” Enten told The Jewish Week in an interview at the Democratic National Convention, “and it could make a difference in a small state like Nevada.”

In 2015, there were 76,000 Jews in Nevada, most of whom live in Las Vegas, making up 2.7 percent of the state’s population. That number likely underestimates the Jewish percentage of Nevada’s voters, because “Jewish voters always turn out … in high numbers,” compared to other demographic groups, Enten said.

As far as how the Jews of Nevada will vote, it is hard to say. When it comes to politics, Las Vegas’ Jews are “certainly a divided community,” said Rabbi Tecktiel of Midbar Kodesh Temple, a Conservative synagogue in suburban Henderson.

“We have several prominent Republican donors as well as prominent Democratic donors,” Rabbi Tecktiel told The Jewish Week. “It plays out in the newspapers.”

Of the two daily newspapers in Las Vegas, one is owned and operated by the prominent Jewish Greenspun family, friends of the Clintons, while the other is owned by Trump-backer and casino magnate Sheldon Adelson.

Adelson, one of the largest Republican donors, pledged $100 million to Donald Trump’s campaign in May. While his dollars may affect national elections, Rabbi Tecktiel does not feel that the Las Vegas billionaire has “a lot of influence on the local community, by choice. He is certainly not persuading large swaths of the community to vote Republican.”

Nationwide, Jews are considered to be loyal Democratic voters; the majority of Jews voted Democratic in every presidential election of the past 90 years. However, the gap may be closing — Mitt Romney won 30 percent of the Jewish vote in 2012, the highest turnout for a Republican candidate in nearly three decades.

According to a JTA report in February, the Las Vegas Jewish community is made up, increasingly, of Orthodox and retired Jews, making it “likelier to tack further to the right than other Jewish communities.” But, according to Rabbi Tecktiel, many of those retirees are coming from California, where they are more likely to lean left than right.

The city has been run by Jewish Democrats since the turn of the century. Oscar Goodman served as mayor from 1999 to 2011, when his wife took over the mantle, and she has been mayor ever since. Carolyn Goodman sees her husband as a Jewish foil to Trump.

“He’s [like] Donald Trump, but so kind and good. And a religious, very religious man,” she told JTA in a February interview.

Enten listed Pennsylvania and Florida as two other states where the Jewish vote could impact the election. The FiveThirtyEight team, led by Nate Silver, is usually a sure bet when it comes to election predictions — in 2012 they got the results of all 50 states correct.