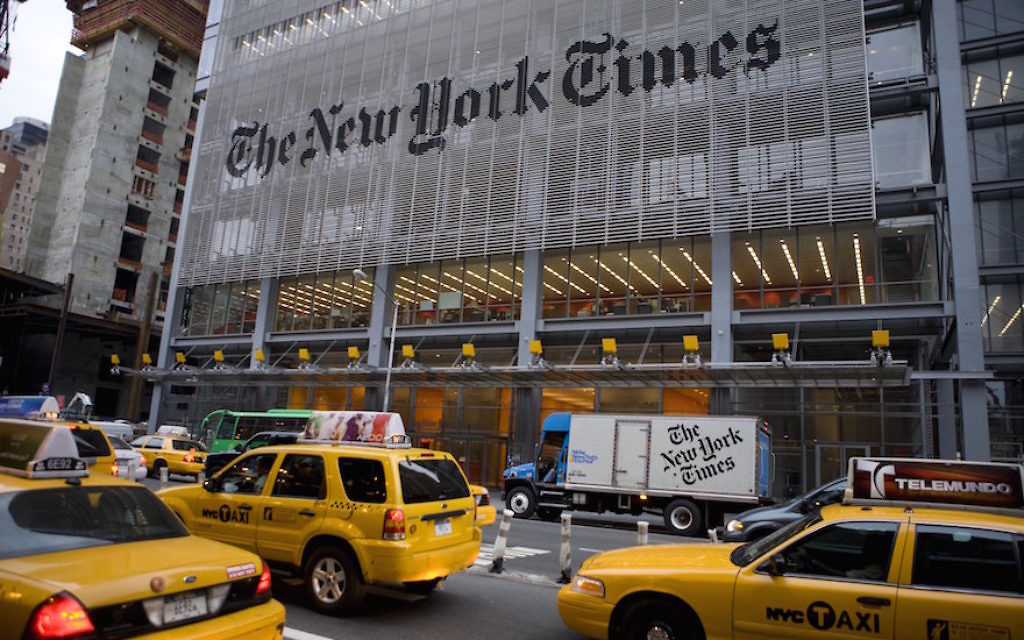 Jewish Voice for Peace took credit for distributing thousands of fake and anti-Israel versions of The New York Times in Manhattan and on social media.

The organization, which supports the anti-Israel Boycott, Divestment and Sanctions, or BDS, movement, said in a statement released Wednesday that it distributed 10,000 copies of the parody, which included such articles as “Congress to Debate US Aid to Israel” and “In the Footsteps of Mandela and King: A Non-Violent Movement Gains Ground Ten Years On,” as well as an editorial, “Our New Editorial Policy: Rethinking Israel-Palestine.”

Members of Jewish Voice for Peace New York and Jews Say No!, a New York City-based pro-Palestinian organization, created the paper to “point out how biased current reporting is on Israel and Palestine and to show what a paper that was fair and accurate could look like,” Just Say No! member Alan Levine, one of its writers, said in a statement. The fake paper mimics the Times’ trademark fonts and formatting, and describes itself as “Rethinking Our 2015 Coverage on Israel-Palestine — A Supplement.” In addition to its “corrections” (“It has come to our attention that the vast majority of articles about violence in Israel and the occupied Palestinian territories have failed to include the names of Palestinians killed by Israeli forces.”) and articles, it includes fake ads, such as one for “TimeUp” watches with the motto “The Moment is Now: End U.S. Military Aid to Israel.”

A New York Times spokesman reportedly said the newspaper objected to its brand being used to push a specific political stance.