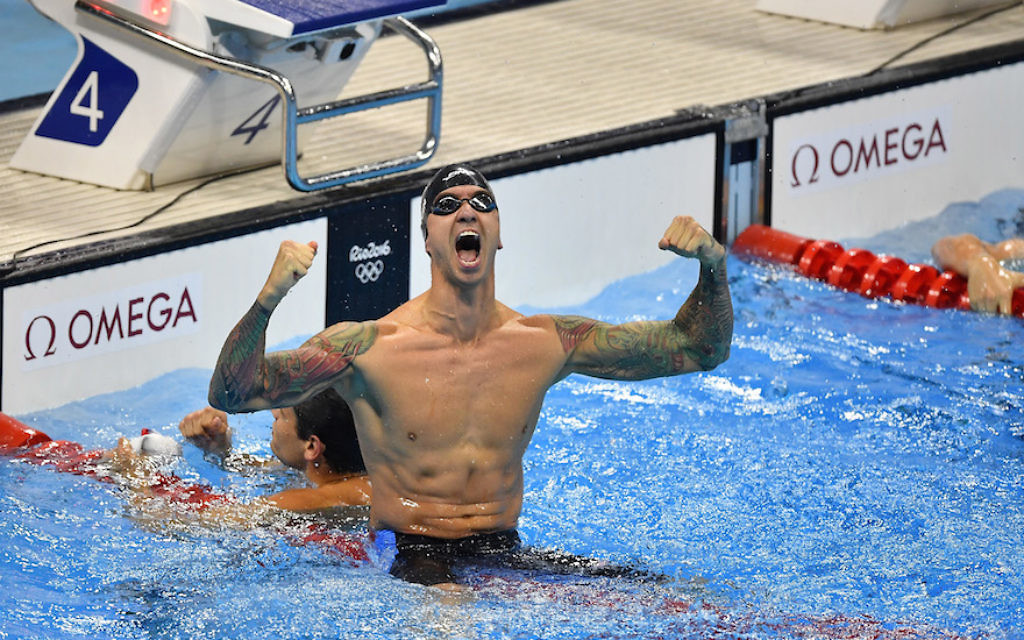 (JTA) — Jewish swimmer Anthony Ervin became the oldest Olympic gold medalist in an individual swimming event, at 35 capping a comeback from burnout and drug use in the aftermath of his gold medal at 19.

Ervin edged France’s Florent Manaudou by one one-hundredth of a second in the men’s 50-meter freestyle race Friday night in Rio.

The son of a Jewish mother and a father with black and Native American roots, Ervin won his first Olympic gold medal in the same event in 2000.

“When I touched the wall, I saw a 1. Kind of the absurdity, the surrealness of it all,” Ervin said, according to USA Today. “I smiled and laughed. It just seems so unlikely.”

Ervin, of suburban Los Angeles, won a second gold medal earlier in the week in the men’s 4×100-meter relay.

He had quit swimming in 2003 and, as he details in a memoir published in April (“Chasing Water: Elegy of an Olympian”), spent his 20s experimenting with drugs, playing guitar and teaching the sport in Brooklyn, New York.