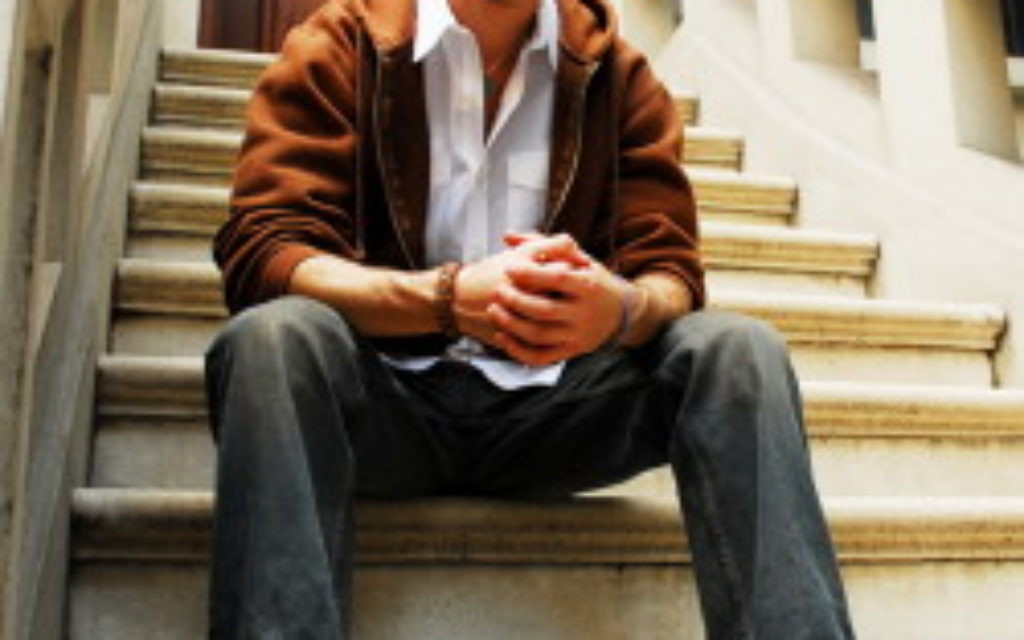 If singer-songwriter Avi Wisnia’s new CD “Something New” were a tapestry, when you turn it over you would see a bright yellow-green thread running through every song, a skein of Brazilian jazz steeped in bossa nova and samba. That is a nice musical preoccupation to have under any circumstances, but as one critic asked recently, How does a rabbi’s kid from New Jersey get hooked on bossa nova? And we do mean hooked: Wisnia did his undergraduate work at NYU’s Albert Gallatin School on Brazilian music, language and culture.

“That’s a very valid question,” Wisnia says. “Nobody in my family is Brazilian and I didn’t grow up speaking Portuguese. But when I was growing up and exposing myself to all a whole world of different artists, the music that I gravitated towards was this Brazilian music that came from Rio, that was mellow and sophisticated, seemingly simple yet really complex.”

At 27, Wisnia is much too young to remember the enormous impact that bossa nova had on American pop music, just before the Beatles showed up and swept that sound away. But he knew almost from the first moment he heard Antonio Carlos Jobim, Joao Gilberto and the other deities of the Rio sound that this was something he wanted to incorporate into anything he did musically.

“It spoke to me about the artist I wanted to be and the music I wanted to write,” he says emphatically.

Music has always been a part of Wisnia’s life. His mother recalls him “writing” songs when he was 3, singing them to himself around the house. His paternal grandfather is a cantor and they have occasionally performed together at weddings. His uncle is a trombonist and his cousins are all musical, so impromptu jam sessions would break out at larger family gatherings. (His father, Rabbi Eric Wisnia, is a lover of puns and an inspiration for his son’s clever lyric-writing.)

Not surprisingly, Wisnia says that it is through music that he relates to his faith.

“I grew up singing at [the Reform movement’s] Camp Harlam and NFTY events,” he recalls. “So singing Jewish music was how I connected most with my Judaism. Some of my most cherished memories are sharing my Jewish musical experiences with my friends.”

Which explains his “day” job, working with children at Temple Shaaray Tefila.

“You mean my ‘mini-Jews!’” he says chuckling. “They’re pretty incredible Jews. I do everything with the kids that’s music-related. I teach in the Hebrew school and the preschool, I do the children’s services on the weekend.”

It is a job that offers occasional comic relief.

“We do a Shabbat sing-a-long every Friday morning and we were talking about the Creation a few months ago,” Wisnia recounts.

“And one of the little boys asked me, ‘On what day did God create pirates?’”

Not the sort of question you get asked when you’re playing clubs.

On the strength of an EP, the new CD and his many club gigs, Wisnia is attracting a lot of attention, bringing accolades from reviewers who have compared him to everyone from Ben Folds to Norah Jones, from early Billy Joel to Jobim. To this critic’s ears he sounds like a warmer Elvis Costello with just a hint of early Peter Allen.

Wisnia is happy to have harvested such an eclectic group of comparisons.

“I love it. I think the wide range I’m compared to speaks to the genre-jumping that I like to do,” he says. “When I’m writing music I’m mindful of my influences but I’m not trying to be like anyone in particular. If I feel I’m starting to sound too much like someone, I’ll change the arrangement to get away from that influence. I want to honor the musicians whose work inspired me, but I want to put it out as something that’s me.”

He mentions the non-Brazilians who had an impact on his musical conceptions, a list that ranges from James Taylor to Stevie Wonder to Chet Baker.

Then there’s his Brazilian jazz cover of TLC’s hit “No Scrubs.”

Really. The last cut on “Something New,” it’s very, very funny but it also works on its own terms.

“It goes back to the music I was influenced by,” Wisnia says. “I didn’t grow up in a bubble, I was exposed to pop music. You have to realize that the reason these songs take hold is there some craft to writing a good pop song, too. ‘Pop’ doesn’t have to be a dirty word. “

On the other hand, he notes, “Some people think that I wrote that song, which makes for an interesting read on me!”

Well, as Jobim and Joao Gilberto would tell him, as long as they’re listening to your music and talking about it. …

Avi Wisnia and his band and many others will be performing at The Fourth Annual Williamsburgers & Wieners BBQ Block Party on Monday, June 21, 4-10 p.m. in the Garden Patio of the Cyn Lounge (216 Bedford Ave. at North 5th Street, Brooklyn). The event is part of the Make Music New York Solstice Celebration. “Something New” is available from www.myspace.com/aviwisniapresents.