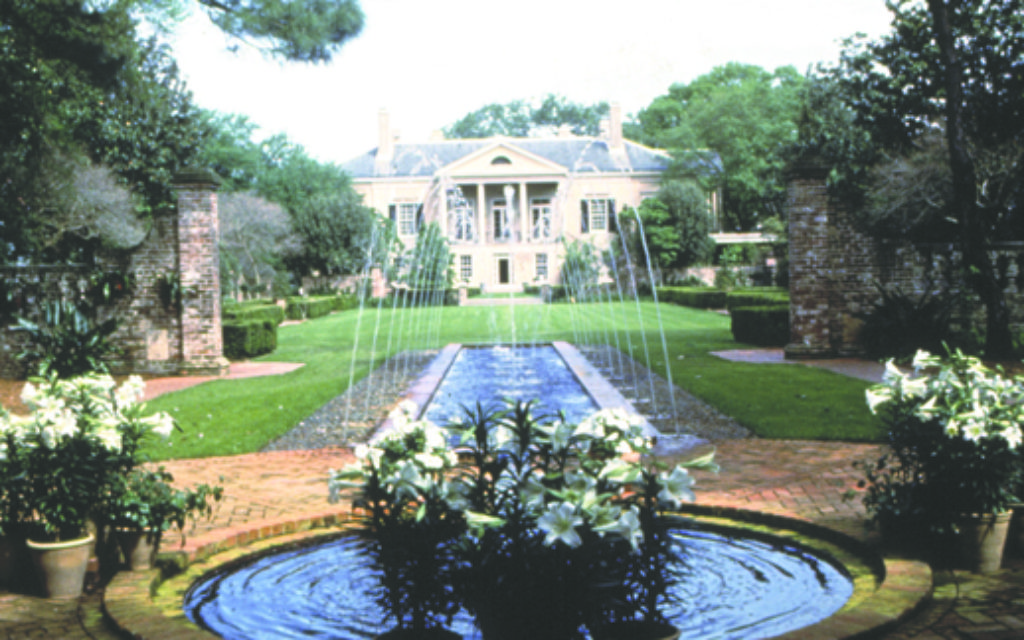 Michael Weil opened my eyes to a different way of looking at New Orleans’s most beloved landmarks.

The executive director of the Jewish Federation of Greater New Orleans talked me through an itinerary of his favorite Jewish sights in his adopted hometown, which also happen to be the icons that every visitor wants to see. As he did, he made me realize how deep the city’s Jewish roots actually go, and how thoroughly Jewishness permeates the post-Katrina landscape.

Gracious Southern mansions? Longue Vue House and Gardens, a quintessential example, is the estate of Jewish philanthropists. French Quarter shopping? Many of the shops, including the renowned Judaica store, Dashka Roth Contemporary Jewelry, are Jewish-owned. Fabulous architecture? The city’s oldest synagogues are local landmarks, and the famous Preservation Hall was founded by and is still run by Jews.

What is most impressive, though, is how a city with a venerable Jewish past has overcome the ravages of Hurricane Katrina to emerge, in 2012, as one of the country’s most vibrant Jewish centers. Today’s Big Easy is a place where you can eat kosher Cajun food, catch the latest Israeli cinema at the New Orleans Jewish Film Festival, and see the tangible imprint of Jewish philanthropy at institutions all over town.

Thanks in part to federation’s ambitious outreach-and-resettlement program, the Jewish community has actually surpassed its pre-Katrina population, with all nine synagogues going strong. Like New Orleanians, Jews as a people have “an amazing resilience,” Weil explained.

Perhaps it took a self-described “wandering Jew” to see the potential for post-Katrina Jewish growth here. The British-born Weil, an urban renewal expert, was attracted to New Orleans by its dynamic cultural mix: American, European, Creole, Cajun, and Latin American, a diversity that reminded him of Israel, where he lived for years.

The city also has a distinctive urbanity — a culture of streets and neighborhoods that is more particular than most. That culture seems only to have been strengthened by the grassroots neighborhood rebuilding that has taken place since Katrina.

“You can feel it in the architecture, you can feel it in the businesses,” said Weil. “It’s a very walkable city.” And indeed, strolling boutique-dotted boulevards like Magazine, Oak or Maple Streets, you see residents of all ages out and about — but very few chain stores.

Nearly half of New Orleans Jews live in the Uptown neighborhood, where a JCC and four synagogues cater to a center-city crowd. Another quarter live in Metairie, a suburb that is home to several kosher restaurants, including the Kosher Cajun New York Deli — a local favorite that was rebuilt after the storm, and that could only exist in and around New Orleans.

Since the 19th century, Saint Charles Street has been the main drag of Uptown Jewish life and the place to see its historic temples. Touro Synagogue began in 1828 as the first synagogue outside the original 13 colonies; Temple Sinai, dedicated a century later, is the state’s largest Reform congregation today. Anshe Sfard, just off Saint Charles, is a fantasy of gleaming white archways — and a memorable place to spend Shabbat.

In a town that’s below sea level, the dead are raised rather than buried, which makes for its own Southern-Gothic kind of tourism: cemeteries. The oldest Jewish cemetery, Gates of Prayer, dates to 1846. Weil also recommended the late-19th-century Hebrew Rest, just off (appropriately) Elysian Fields Road.

Nearby Longue Vue Gardens is its own kind of monument to the departed. The gorgeous Greek Revival mansion, with formal gardens and rooms full of art, is a historic landmark built in the 1930s by Jewish philanthropists Edgar and Edith Stern, and today serves as a tribute to both their local prominence and aesthetic vision.

If the gentility of New Orleans lives in gracious architecture, the city’s soul is to be found on the banks of the Mississippi. Vast, churning, buzzing with riverboats and flies, the river at its widest is a sight few ever forget.

The best vantage point is Woldenberg Park, a green riverfront stretch named for philanthropist Malcolm Woldenberg. A short walk from the French Quarter, it’s popular with bicyclists and picnickers and has a nice promenade.

Weil directed me to the park’s Holocaust Memorial, a 2003 work designed by Israeli artist Yaacov Agam. As you walk around the nine vertical panels, images emerge suggesting stained glass and Jewish stars.

Colorful, multi-faceted and nodding toward history, it’s an apt tribute to the city itself.