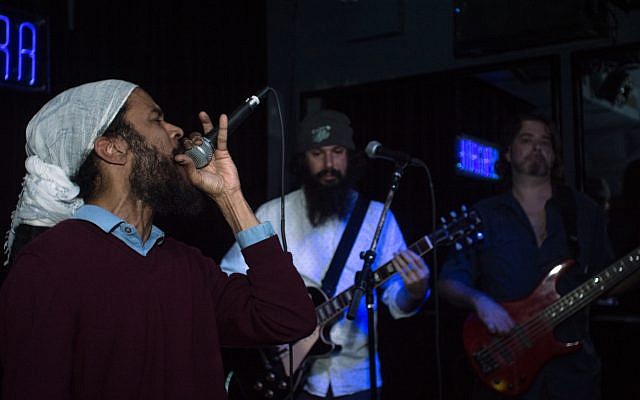 In a recent guest spot, Y-Love said he was happy to get love from his fans. Courtesy of Shloyo Witriol

New York – When Yitz Jordan took to the stage last week to perform a solo set in a downtown bar, it marked the first time he’d done so in more than seven years. The rapper, known as Y-Love, said his set at Niagara bar in the East Village on Thursday evening was a great first step.

“It’s not even like riding a bicycle,” he said. “It’s like tying your shoes. You could wake me up at four in the morning and tell me it’s show time and I’d be ready to go. It felt great and I’m going to do more.”

Sol Auerbach of Long Island and William Levin of Brooklyn were among the many Jews in the crowd.

“It was thrilling,” Auerbach said. Levin said the artist seemed relaxed and showed no signs of nervousness. Another fan, Chani from Brooklyn, said she felt nostalgia seeing the performer whose album “This is Babylon” (Shemspeed) was released in 2008.

Y-Love, 41, is originally from Baltimore and now lives in Bushwick, Brooklyn. He converted to Judaism 20 years ago.

After a break from music, he is now working on his new album which he said will likely be called, fittingly, “Return.” It will explore the many overlapping components of his identity as a black, Jewish, gay hip-hop artist. 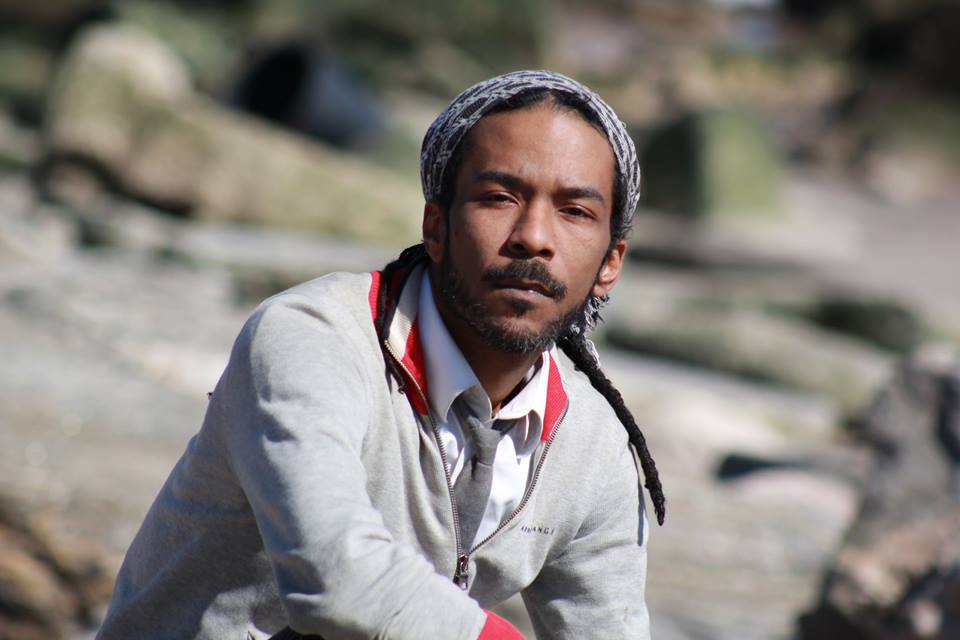 After a hiatus, Y-Love is ready to perform and work on a new album. Courtesy of Valerie Brooks

“I’ve been trying to write a Black Lives Matter type of rhyme,” he said. “Just to have all the names, it already takes up three verses. I was gonna write something about kids at the border. I’m definitely going to include Hebrew but I won’t be quoting Rabbi Akiva anymore.”

Once chasidic, Y-Love now considers himself to be Off The Derech (a colloquial term used to describe members who have left the ultra-orthodox community). He said he doesn’t eat chametz on Passover and still fasts on Yom Kippur.

He said he is still extremely spiritual.

“I still believe in the 13 Ani Maamins,” he said, referring to Maimonides’ 13 Principles Of Faith. “This is my Yiddishkeit (Judaism).”

After coming out as gay in 2012, Y-Love virtually disappeared from the Jewish music scene. He said he felt a lot of tension at the time. He was concerned coming out might jeopardize his music career, being that many of his shows had been in Orthodox settings.

At first he dated only religious guys, but it didn’t work out. “My relationship is one of the reasons people haven’t heard from me in so long,” Y-Love said. “A lot of the stuff I rap about is Jews standing up for themselves and not falling for Christian missionaries. Well, when you’re dating a guy from a rural Evangelical background, you have to mitigate what you say. Freestyle comes right off the brain, but now I have to think.”

Now he said he has good relationships with Reform and Conservative Jewish groups and believes he will be booked by some Orthodox high schools. He even said he would perform in a Borough Park synagogue — if there was security.

Asked about the recent outcry over a New York Yeshiva’s refusal to grant ordination to one of their students who is engaged to be married to another man, Y-Love said it was a shame.

“If you know your shulchan aruch and you know your stuff you should be musmach (ordained) by someone,” Y-Love said. “Maybe people won’t hold by you or want your hechsher, but you deserve smicha.”

Y-Love said that in his junior year of high school in Baltimore, a man who heard there was a gay student in the area and fired a bullet from a sawed-off shotgun that, thankfully, “missed me by a mile.” It’s hard to forget something like that.

On a constant journey of self-discovery and healing, Y-Love said he was relieved not to have become an overnight sensation like Matisyahu — the fame wouldn’t have served him well, he muses.

“I think Hashem made the right decision of making Matisyahu famous and not me at the time,” Y-Love said. “I was so angry at all the stuff going on in the frum (religious) world between racism and homophobia.”