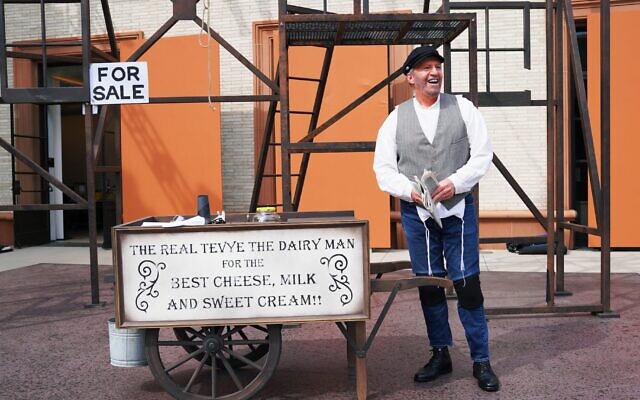 Tom Dugan in a rehearsal for "Tevye in New York," a play, premiering in Los Angeles, that continues the story of the protagonist of "Fiddler on the Roof." (Courtesy of The Wallis)

Good morning, New York! Catch up on what’s happening in a fast 800 words:

Video from 2018 surfaced this week of Curtis Sliwa, the Republican candidate for mayor of New York City, describing Orthodox Jews as a drag on the tax system.

Can a Jewish organization represent a city-wide “consensus” around political and communal issues, or is the model obsolete?

Murray Huberfeld, a hedge fund founder and major donor to Jewish causes, has been sentenced to a seven-month prison term for bribing the head of the New York City prison guard union.

Read a profile of Alexandra Friedman, a Hasidic mother of 10 in Monsey who just graduated from medical school and obtained a residency in pediatrics.

Rep. Gregory Meeks (D-Queens/Nassau), the chairman of the House Foreign Affairs Committee, will lead a Congressional delegation in July to Israel and the Palestinian territories, Jewish Insider reports.

A new art gallery in Williamsburg celebrates the work of Hasidic artists.

A one-man play titled “Tevye in New York” continues the story of the beloved Sholem Aleichem character and protagonist of “Fiddler on the Roof.”

The pandemic made us appreciate our blessings by limiting our choices — which is exactly how keeping kosher is supposed to work, writes our editor in chief, Andrew Silow-Carroll.

JEWS AND THE NEWS QUIZ 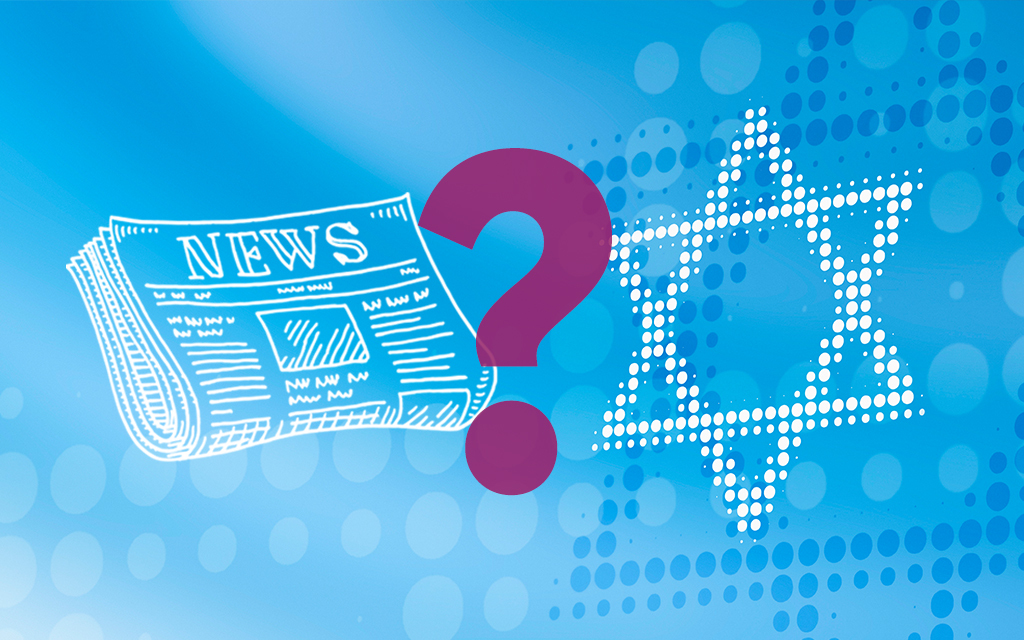 Are cicadas, emerging after their 17-year schluf, kosher?

The Olga Lengyel Institute and the Jewish Telegraphic Agency present a webinar with experts from the U.S. and Europe on the escalation of antisemitism and what can be done about it. Register here. Noon.

Annie Polland traces how immigration law impacted the European immigrants who settled at 97 and 103 Orchard Street on the Lower East Side of Manhattan, and how they carved out new lives once they arrived. Register for this YIVO program here. 4:30 pm.

Join The Museum of Jewish Heritage and the Center for Traditional Music and Dance for an outdoor summer concert in Wagner Park, 36 Battery Place, featuring The Beary Brothers, a supergroup of three emigre musicians from the former Soviet Union. More info here. 6:30 pm.

Join the Workers Circle for “In the Midst,” a discussion that explores systemic racism in the United States as depicted through three moments in Yiddish culture: an avant garde play, a Soviet-era poem and the diverse viewpoints of the Yiddish press. Register here. 7:00 pm.