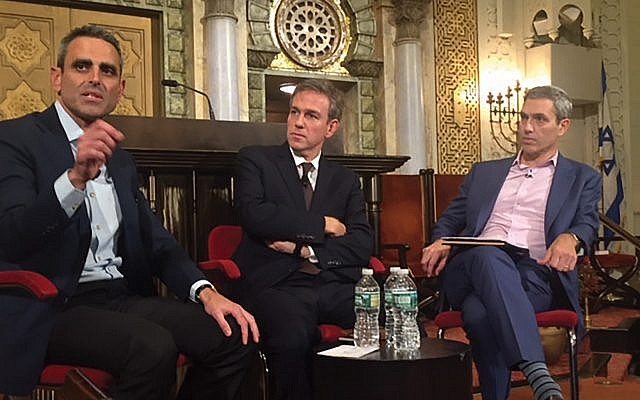 During the 90 minutes of thoughtful discussion last Wednesday evening at Park Avenue Synagogue between Tal Keinan, an American-born Israeli entrepreneur and author of a provocative new book on the Jewish future, and Bret Stephens, the Pulitzer Prize-winning columnist for The New York Times, moderated by Park Avenue’s senior rabbi, Elliot Cosgrove, the key question that kept popping up was “why be Jewish?”

Keinan noted at the outset of the sanctuary-filled Jewish Week forum, presented in partnership with Park Avenue Synagogue, that his transition from a decidedly secular upbringing in Florida to making aliyah on his own and becoming a pilot in the Israeli Air Force was based on wondering what it meant to be Jewish at a time when, for all practical purposes, the many centuries of the Jewish diaspora has ended.

“Ninety percent of world Jewry lives in Israel or the U.S.,” he said, “and there is no serious anti-Semitism in the U.S. But at most we have three generations left” before Judaism as we know it disappears in America because the majority of American Jews “are not passing it on to their children” in a meaningful way.

Israel, which is overwhelmingly secular, faces its own dilemma, Keinan continued. “We have to embrace Judaism ourselves because otherwise this civilization is dissolving in front of us after 4,000 years.” His book, “God Is In The Crowd: Twenty-First-Century Judaism” (Penguin Random House), based on 20 years’ worth of journal entries, is part memoir, part analysis of the Israel-American Jewry relationship and part prescription for how to ensure a Jewish future. (You can read an excerpt here.) Among Keinan’s bold suggestions: creating a global fund to support Jewish education; tasking the president of Israel with being, in effect, the president of world Jewry; and relying on Crowd Wisdom — the theory that the collective opinion of a group is better than the opinions of experts — to make important Jewish decisions (thus, the book’s title.)

Stephens praised Keinan’s book, though he disagreed with its gloomy analysis. “Jews think of themselves in perpetual crisis,” he said, “but American Jews are thriving — richer, safer, more mobile and connected” than any other Jewish community in history.

Arguing that “there’s a difference between trends and truth,” the columnist said that while “it’s important to adopt innovative prescriptions,” sometimes we should be grateful for the way things are, noting that Jewish life has survived for thousands of years and somehow will continue.

Keinan acknowledged that this is a golden time for individual Jews, but said that “as a people, if we can’t come up with [a sustaining] value,” there is no collective future.

“The Judaism that’s vanishing is secular Judaism,” Stephens countered. “Why have the Torah if you can have the Democratic Party platform?” the conservative columnist asked sarcastically, pointing out that authentic Judaism is thriving in Orthodox enclaves like Borough Park. “The real question,” he said, “is how do secular Jews form a set of values” that are meaningful enough that they seem worth keeping? 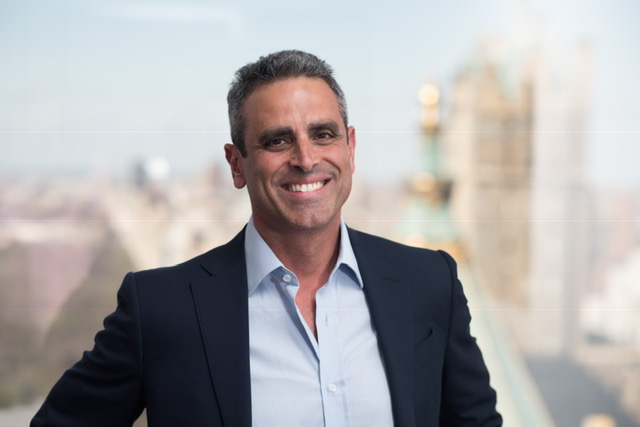 Directing his comments to the more than 500 attendees in the elegant sanctuary, Stephens said: “Jews will survive. It’s whether the grandchildren of all of you in this hall will continue to be Jews.”

Turning to life in Israel, Keinan described three competing visions for the state among Israeli Jews: the secularist vision of a democracy for the Jewish people; the territorialist view that values the land over democracy; and the theocratic goal of being governed by Torah law.

In a region that requires a dominant military and a thriving economy to support it, Keinan maintains that the 20 percent of Israeli society that contributes the most — in terms of army service and the economy — is made up almost exclusively of secularists (including some Modern Orthodox). How long will they continue to bear the burden, he worries, asserting that “we are losing that shrinking segment to Silicon Valley” and the pull of other career and educational opportunities in the U.S. “We’re not leaving in protest,” he said of himself and others whose time in the U.S. often becomes permanent, but “we’d rather send a check to AIPAC than have our kids guarding checkpoints.”

Keinan said the options for the future of Israel as either an apartheid state or one with a Jewish minority were untenable, and insisted that a solution must be found. Stephens was more sanguine, suggesting that sometimes the best solution is to do nothing rather than forcing a bad outcome. Tal Keinan (center) during his time in the IDF. Courtesy

One wonders how many American Jews would be satisfied with Stephens’ contentment with an Orthodox-majority future or Keinan’s gamble on a crowd-driven alternative.

In the meantime, perhaps most surprising is the fact that while both Keinan and Stephens said they are non-believers when it comes to religion, they each expressed a deep sense of awe for Judaism’s survival over millennia. Keinan identified with an audience member who said that being Jewish attaches her to “grappling with human purpose.”

“I love it,” agreed Keinan, in that “it doesn’t demand faith” and honors all opinions.

Stephens seemed mystified that two of his children keep kosher, observing “we’ve been around for 3,000 years, and maybe there’s a reason. Maybe,” he mused, “God is in the crowd.”