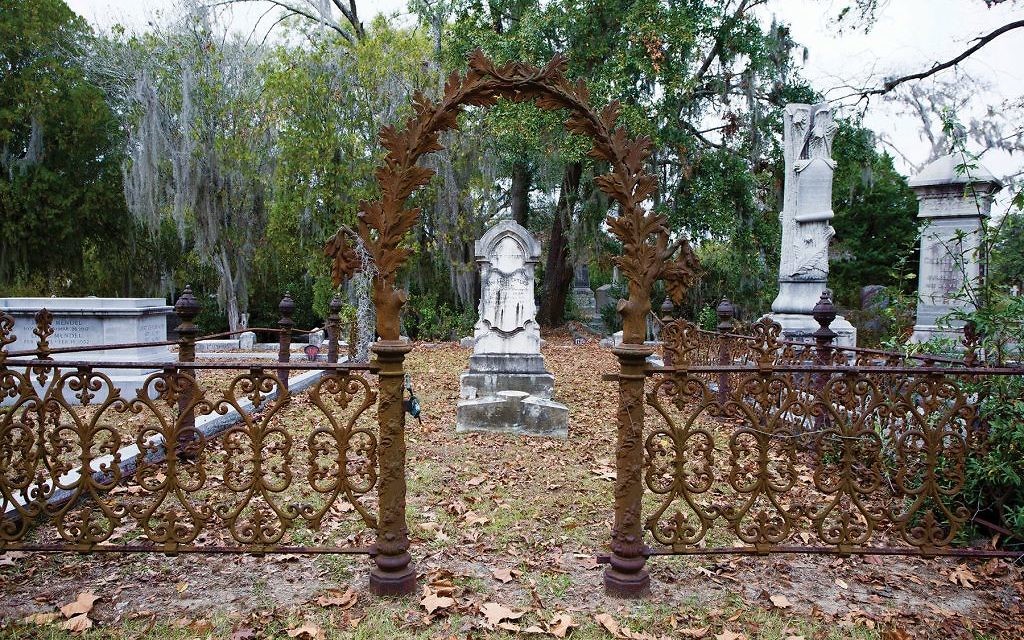 The Jewish section of the Bonaventure Cemetery in Savannah. Photos by Richard Nowitz

As first-time visitors to Savannah’s Congregation Mickve Israel, we circled around Monterey Square in the Georgia city’s Spanish-moss-draped historic district and what we thought was a church or cathedral — a huge building with pointed arches, barrel vaults and a soaring cupola. But as we soon discovered, this was our destination, a landmarked building listed as the only standing neo-Gothic synagogue in America.

Once inside, the sanctuary is no less impressive. Home to one of the oldest congregations in the U.S. — founded in 1733, the current building opened in 1878 — it is a bold, ecumenical architectural statement, with flying buttresses and tall stained-glass windows. The building reflects the comfort and assimilation of this Southern Jewish community affiliated with the Reform movement.

Inside this supersized synagogue is an exquisite museum, documenting the heritage of the 280-year-old congregation from its colonial roots. Forty-two financially strapped, mostly Sephardic Jews from London braved a rough ocean crossing on the William and Sarah, arriving in Savannah on July 11, 1733, just five months after the colony of Georgia was established. They were welcomed by Georgia’s founder, James Oglethorpe.

Taking a tour with Rabbi Robert Haas, a former Texan who has been spiritual leader of Mickve Israel for five years, we discover fascinating artifacts from the congregation’s history. There are the two oldest Torah scrolls in the U.S., brought over from England in the early 18th century. Made of deerskin (yes, it’s kosher if slaughtered properly), they are over 500 years old, originating from Spain or Portugal. 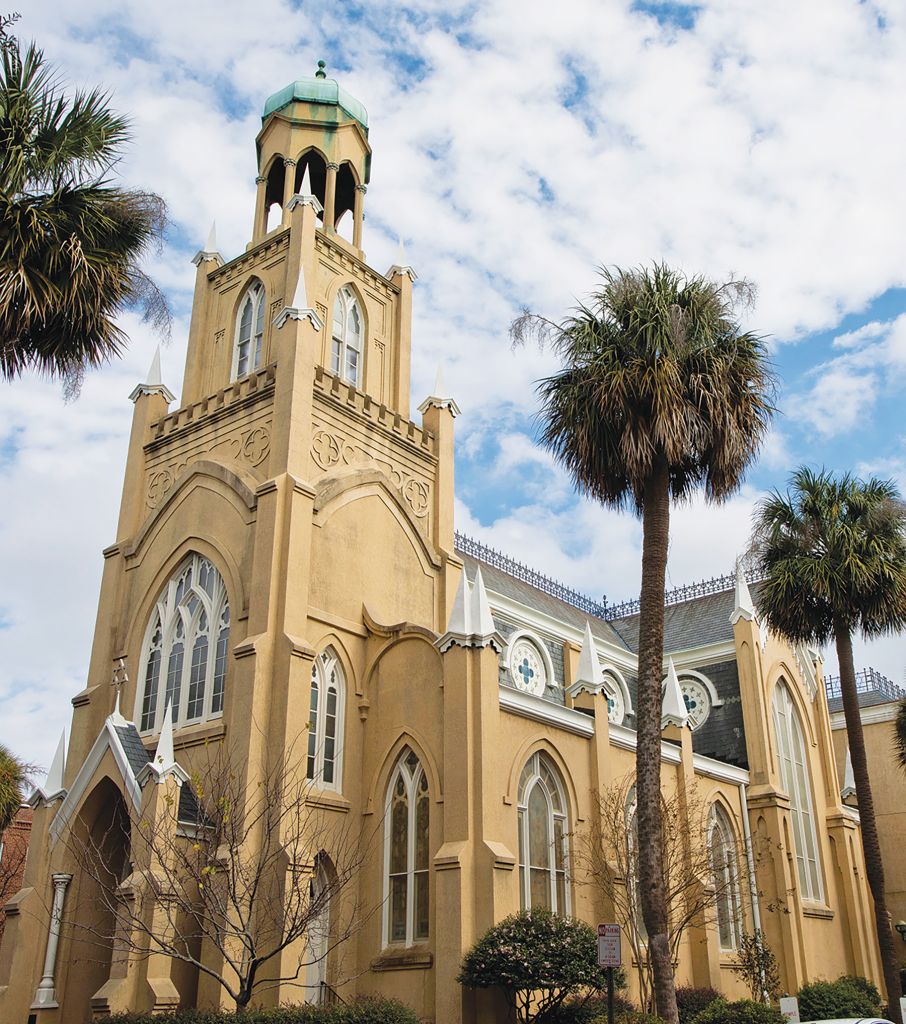 The cathedral-like exterior of Mickve Israel.

There are also glass-encased letters from George Washington, Thomas Jefferson and James Madison, among other presidents. The letters reflect the prominence and acceptance of this Southern Jewish community, at odds with what many Northerners think about prejudice and anti-Semitism and the South.

“Jews have enjoyed respect and full acceptance here throughout the community’s history,” said Rabbi Haas. “We have strong ties to the city and other faiths, and very little in anti-Semitic incidents.”

The history of Jews in Savannah, along with other parts of the South, is also conflated with slavery. As landowners and merchants, Jews did own slaves, although there is no documentation of that in the museum.

“Jews have played an important role in Savannah, going back to the Revolutionary War,” Rabbi Haas said. The museum exhibition features Uriah Phillips Levy, who was the first Jewish commodore of the United States Navy and known for the cessation of flogging. (He was the third owner of Jefferson’s estate, Monticello, and was instrumental in restoring it.) There have been Jewish mayors, writers, leading physicians and scientists, one of the most notable being Raphael Moses, who developed the technology for shipping peaches long distances, giving him some credit as a father of “The Peach State.” The Girl Scouts of America was founded in Savannah with the support of Jewish women.

The museum also highlights the prominence of its Ashkenazi congregants, German Jews going back to Benjamin Sheftall, who arrived with the original group from England in 1733 and whose heirs were major benefactors of the community. In fact, said Rabbi Haas, there are descendants of Sheftall who are active members of the congregation today. A drive from Mickve Israel to the commercial center passes through the historic downtown district, punctuated by green public squares, antebellum mansions and charming townhouses. Not much remains of the many Jewish stores that thrived on Broughton and Bull streets, though there are signs marking the buildings of Adler’s department store, Joseph’s clothiers and Maxwell’s restaurant.

Nearby, on Montgomery Street, is a tall Moorish building with an arabesque façade and keyhole windows, once the home of the Bnai Brith Jacob Synagogue, now part of the Savannah College of Art and Design. The Orthodox congregation has since moved out of the downtown district.

The Bonaventure Cemetery’s Jewish section, with its distinctly Southern wrought iron gates and decorative gravestones, also captures the community’s history. On Bull Street, a sign commemorates the cemetery of the original Jewish settlers.

There are about 3,500 Jews living in Savannah today, said Rabbi Haas, and three synagogues enjoying close cooperation. There are Jewish festivals, including the very popular “Shalom Y’all Jewish Food Festival,” which draws thousands of people to get a taste of Jewish food and culture. This year it will be held on Sunday, Oct. 29, in front of Mickve Israel, in historic Monterey Square.